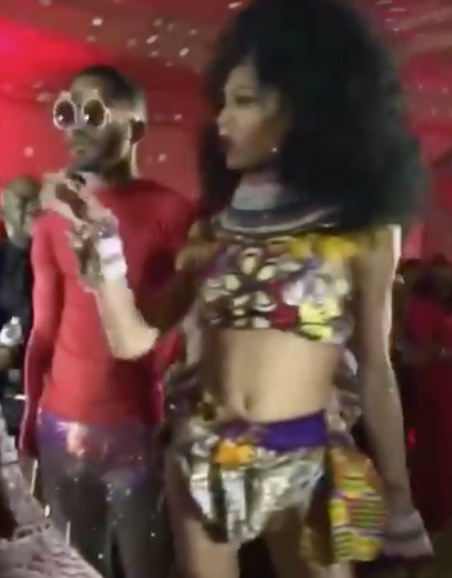 Queerty: My argument in favor of outing public figures is that it's anti-journalistic not to, and certainly deceptive to knowingly allow gay celebs to use your media outlet to pretend they're straight. That's my main feeling about it, even before worrying about the fact that the world for all gay people would improve if everyone came out — that's secondary. Reading that The Advocate knew about Anthony Rapp's sexual assault at the hands of Kevin Spacey but decided it wouldn't report that assault due to a no outing policy only makes me more secure that I'm right. (And for anyone still defending Spacey, yet another reason to doubt every word out of his mouth — when Rapp told his story in the '90s, you better believe word got back to Spacey at that time, even if he was not named in print. So his not remembering is B.S.; he's known for 20 years Rapp tried to tell the gay media, and that the gay media had refused to report on the story. Another lesson: If you're gonna be sexually assaulted, be sexually assaulted by someone with tons of other accusers so you'll be believed.

Us Weekly: Ross Lynch teases his role in My Friend Dahmer, saying:

This isn’t necessarily a “boo” scary film, but instead, it looks at the capabilities of a human, which makes it scary. People often only see one side to someone’s personality, but there are levels. Playing Dahmer, there were ups and downs. It wasn’t all dark, all the time. I felt a wide range of emotions.

Huff Post: Paul Manafort's daughter texted a friend giddily about how tight her daddy was with Trump, even bragging that she could have any White House job she wanted. The texts contain lots of other unflattering stuff, too. Wonder what she's texting now that Papa is in danger of being imprisoned? But also, why was she so sure Trump would win, I wonder:

Friend: I’m not paying enough attention to really form an opinion. But yea I think economy makes sense, just hate what an asshole [Trump] is in the process.

AMS: Well hopefully my dad will help scale that back. That’s part of the reason he was brought on. He is refusing payment. Bc he doesn’t want to be viewed as Trump’s employee. Only having his expenses covered. He is involved purely because he wants to help the country and he thinks trump is best, so long as trump gets trained a bit. PS this is all top secret, so please do not repeat.

AMS: Dude he is second in command. Perhaps arguably running it. The campaign manager is all for show. [Corey Lewandowski] doesn’t do shit. Trump has been managing his own campaign

AMS: It’s just weird. Like [my dad] doesn’t seem that smart. Like he is smart. But I know I’m smarter than him.

Friend: I don’t doubt that, he’s a master manipulator. Which seems pretty key.

AMS: He is very manipulative. I did inherit that ability. But I don’t exploit it like he does. I know all his tactics. They aren’t that brilliant but they do work.

Friend: But yes you’re right, you have a moral conscious [sic].

AMS: Like he just tells you the sky is green over and over. And eventually you are like is it? I don’t possess the ability to just lie like he does.