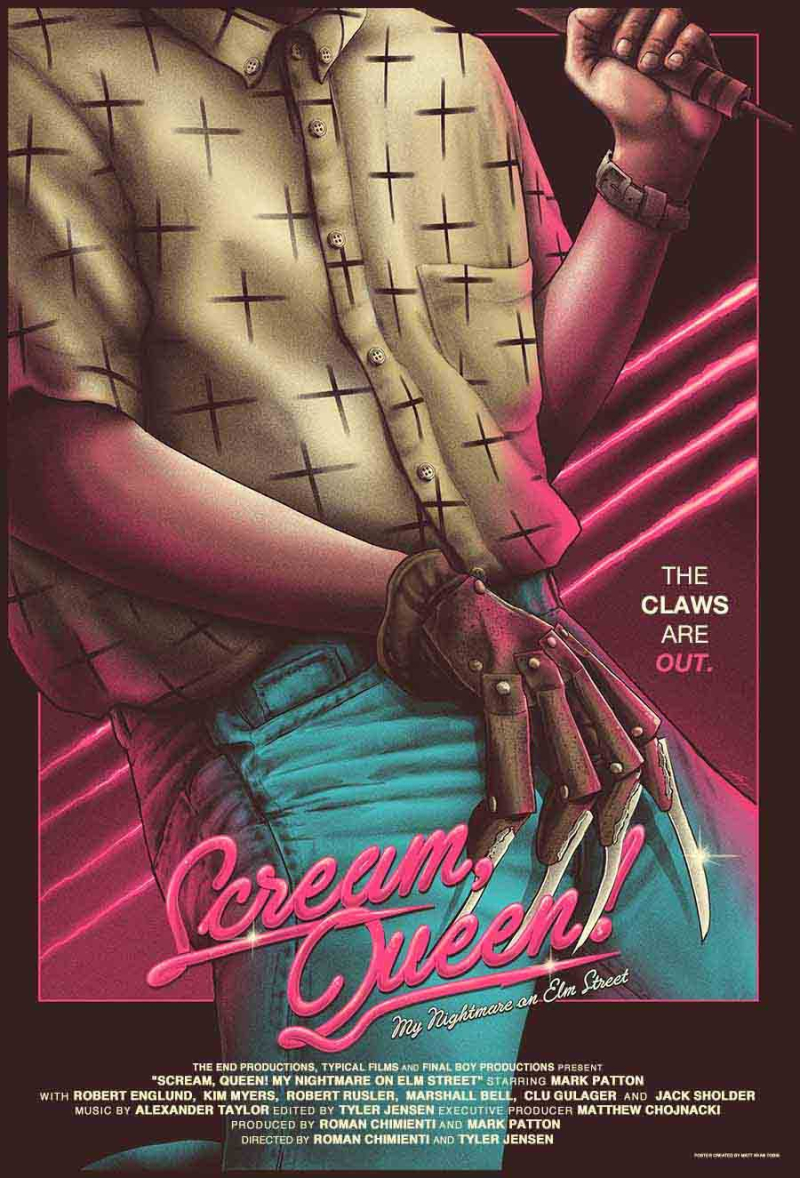 Check out the new limited-edition poster for Scream, Queen!: My Nightmare on Elm Street! Keep reading for more on this unique project ...

Matt Ryan Tobin contributes the poster for Scream, Queen!, including a limited edition of just 50 posters that include a layer of pink glitter. The posters, signed, are availabe here starting October 25 at 1 p.m. ET.

Scream, Queen! is a documentary about the career of A Nightmare on Elm Street 2: Freddy's Revenge actor Mark Patton, a gay man who tasted success in the horror genre before disappearing from the screen. The film, co-directed by Tyler Jensen and Roman Chimienti, is said to be almost complete.

Check out my encounter with Mr. Patton from a few years ago!