Have you ever spent any time envisioning Zac Efron participating in a same-sex love scene in a movie?

Keep reading to hear who he wants to swaps spit with, plus other hot links of the day, including the retired general who's calling out Trump and Hugh Jackman's take on marriage equality ...

Vogue: Zac Efron answers 73 questions for Vogue, including the $64,000 question of which actor he'd love to film a same-sex love scene with:

Huff Post: Retired Lt. Gen. Russel L. Honoré, who led the effort to help Louisiana in the wake of Katrina, slams Trump for his response to Hurricane Maria, stating, “[San Juan Mayor Cruz] is living on a cot, and I hope the President got a good day at golf.” He went on to say, “And the President has shown again, you don't give a damn about poor people.”

Ret. Lt. Gen. Honoré on Trump tweets: “The mayor’s living on a cot and I hope the President has a good day at golf.” https://t.co/iVhtWZQbyw pic.twitter.com/isb3ozOuCJ

Los Angeles Daily News: Shehada Issa, 70, has been convicted of murdering his wife and his adult gay son in 2016 after claiming he had killed in self-defense. The jury decided Issa had killed his wife when she refused to sign off on selling their home to feed his gambling addiction, and then murdered his son, who also lived at the home, and whose homosexuality disgusted him. UPDATE: The victim was himself an abuser, in a different case. 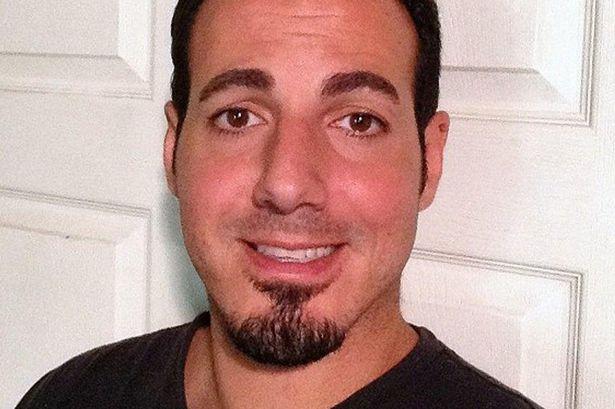 Amir Issa, who was killed by his father in cold blood (Image via handout)

Kenneth in the (212): This muscular, furry guy's white Speedo is workin' overtime.

DListed: O.J. Simpson is officially free. What a country!

Twitter: Hugh Jackman and his wife Deborra-Lee Furness have come out on behalf of marriage equality in Australia. They're big believers in letting gay people get married:

We believe all Australians deserve to be treated equally under the law That's why Deb & I are voting YES #equality and #love! @Deborra_lee pic.twitter.com/px4sCYffnD