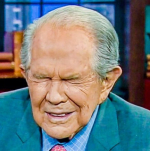 Now, he's claiming disrespect for Trump (and the courts — a comment he may wanna re-think!) is why the Vegas shooting happened.

Keep reading for his outrageous words, plus more hot links of the day, including naked swimming in high schools, Jim Parsons' bank account, a mom facing her gay son's killer and more ... 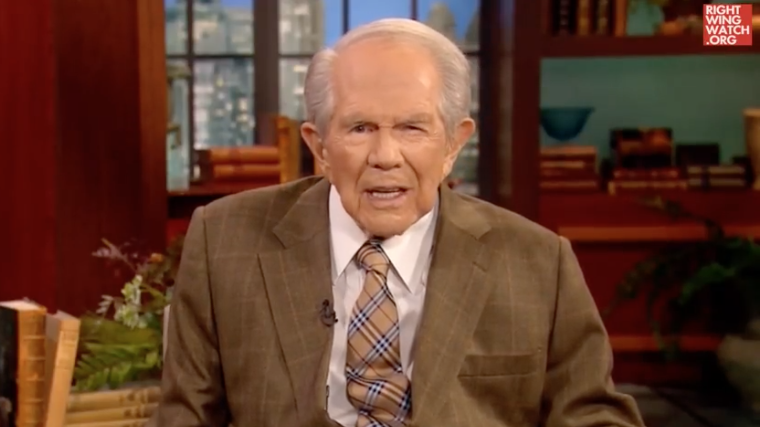 OMG Blog: Seriously will be so, so giddy when Pat Robertson, 87, finally drops dead. Here, he feebly says disrespect for Trump and the #TakeAKnee movement are, in part, to blame for the Las Vegas slaughter.

Politico: Trump sucks up to San Juan's mayor ahead of visit to Puerto Rico, then can't help saying at presser in the beleaguered territory, “I hate to tell you, Puerto Rico, but you've thrown our budget a little out of whack.”

Kenneth in the (212): A mom fighting for justice for her gay son faced one of his killers in a heated confrontation in court. How would you react if a man kidnapped your son, used him as a sex slave, tortured him, killed him and discarded his dismembered body all around town? P.S. A second man accused of the crimes is going on trial next — and he'll defend himself. That should be rich.

Attitude: Why Madonna “is, and always will be, the ultimate gay icon.” Them's fightin' words for some!

Gr8erDays: If you've ever seen vintage pics of young American guys swimming in the buff at what appears to be a local YMCA or even a school, no, it was not a phony set-up, a precursor to Next Door Buddies — in fact, requiring that boys (not girls) swim in the raw was very common in the U.S. from the '20s until the very early '80s. The reasons why are laughable, enough so it makes you wonder if pervy coaches were laughing alllll the way to the spank bank. 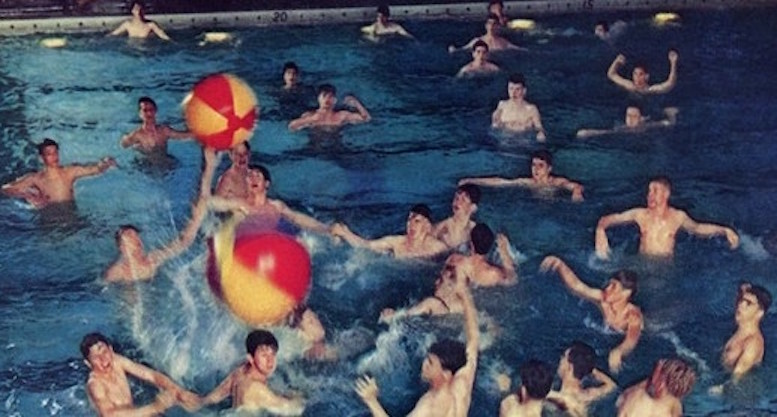 As a gay kid, this would've been my ultimate fantasy, and my ultimate nightmare! (Image via newtrier1970.com)