Btoo Allami and Nayyef Hrebid were two Iraqi solders who fell in love on the battlefield — in a country where gay people are routinely murdered, including by their own families.

Their story is incredible, and includes having to be separated, one of them being threatened by his family, and a struggle to reacclimate in a culture far from their own ... 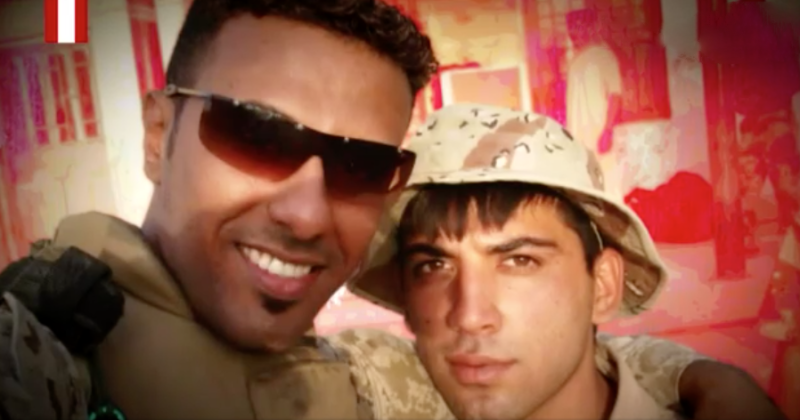 The men have endured more than most American gays could imagine. (Image via Logo)

As much as it crushed him, Hrebid flew to Seattle in December 2009, leaving Allami behind.
But they kept their promise to stay in touch. One night, as they chatted on Skype, Allami's relatives overheard them and realized he was gay.
Some of his relatives accused him of bringing shame to the family, and wanted him killed, he says. Terrified, Allami deserted the military and stuffed a backpack with pants and a few T-shirts. Hrebid paid for his ticket to flee to Lebanon in November 2010.
Seven thousand miles away, Hrebid started his new life in Seattle, the only place he knew someone in the US.
But while he was finally safe, he'd lie awake worrying. What if Allami was detained for overstaying his 30-day tourist visa and deported back to Iraq? A return home now included the risk of arrest by the military for desertion.
By the way — the country that wound up accepting them wasn't the U.S. More here.