This Will Be On The TEST: Brock Yurich's Highly Personal Story Of Body Dysmorphia Comments (0)

Gay filmmaker Brock Yurich is the creator of Test, a personal story about a young man from Ohio who is abusing steroids as he struggles to make his mark in the world of competitive bodybuilding.

Brock is doing well with fundraising, but needs as many followers as possible as he continues to try to win a film contest hosted by the Duplass Brothers. 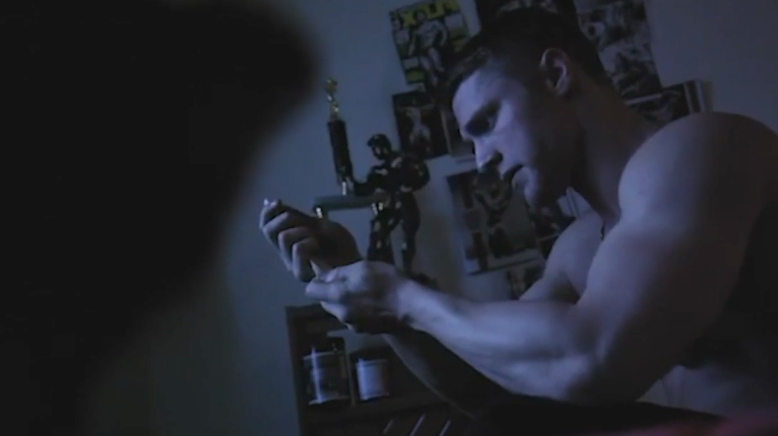 Who am I? My name is Brock Yurich, and I'm a film maker and actor in New York City.I was born and raised with a Bodybuilder father in Ohio, and went to high school and College in florida, where I worked at a gym and studied as an actor.

What is TEST? TEST is a Feature film about a young amateur Bodybuilder, Eddie, who must balance his relationship with his suffocating, religious mother and his manipulative coach, who introduces Eddie to the world of steroids and exploitation, all in the name of the sport of Bodybuilding.

I competed in my first bodybuilding show when I was 20, and I won first place in the middle weight division. I lost terribly in the overall division, but that's a story for another time. During my time competing, I met some of the most dedicated and determined men and women. In Film, bodybuilders are a punchline. They're portrayed as big, clunky, neanderthal-types. But behind the stereotype is a vast world of intricate science, physically-demanding training, and more self-discipline than most can understand.

However, my personal battle with steroid abuse is what prompted me to write TEST. I was addicted, and over the course of a couple years I lost a couple friends who were addicted as well, due to heart failure.

Physical perfection is a huge issue in the world. We are bombarded with images every day of what we “should” look like. The bodybuilding world is a testament to that. I want to explore the truth of the industry for a lot of young men and women.

Why me? After my first short film T-COUNTY, I realized I had to expand my main character and tell his story in a deeper fashion. And writers are constantly told, “Write what you know.”

Our goal is to raise $250,000. For a feature film, this is incredibly low. But shooting in Ohio will help us keep our expenses down.