Trump Allegedly Tells Slain Soldier's Widow: HE KNEW WHAT HE SIGNED UP FOR In Long-Delayed Phone Call Comments (0)

Trump allegedly told Myeisha Johnson, the widow of a soldier slain by ISIS in Niger, in a long-delayed phone call, “He knew what he signed up for.”

This is the recollection of a Democratic representative who was in a limo with the grieving widow, who was on the way to the airport to greet her husband's body, and it's now been confirmed by a second source ... 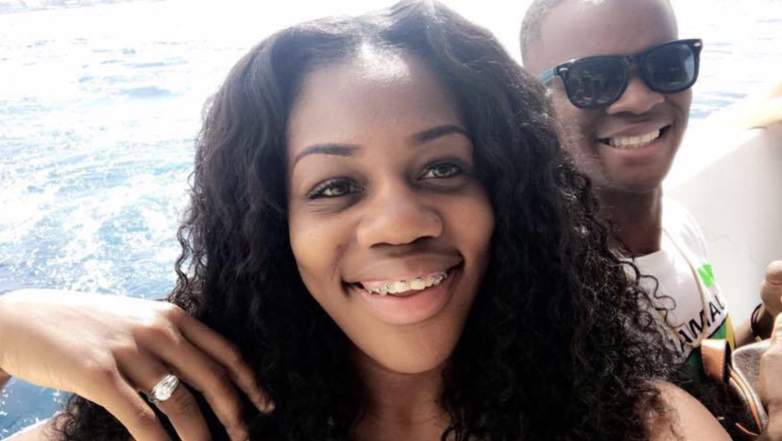 Rep. Frederica Wilson (D-Florida) was in the car with the widow of Sgt. La David Johnson as she made her way to the airport to greet her husband's body. According to Wilson, the widow had just been told her husband's body was in no condition to receive an open-casket funeral when Trump called her — a call he made almost two weeks after the incident, in which four soldiers were slain and two wounded, and only after being publicly shamed for not calling or even acknowledging the incident while spending time tweeting about #TakeTheKnee and golfing.

Wilson recalled Trump's words as being:

Well, basically, he said, Well, I guess he knew what he signed up for, but I guess it still hurts — that's what he said.

Here is Wilson again affirming that she is certain what she heard Trump say:

Predictably, Trump has raged on Twitter that this report is a lie, and claiming he has proof:

Democrat Congresswoman totally fabricated what I said to the wife of a soldier who died in action (and I have proof). Sad!

However, the slain soldier's mother, Cowanda Jones-Johnson told the AP that Rep. Wilson's recollection is correct:

Jones-Johnson says she was in the car and “the statement is true.” She added that “not only did he disrespect my son” but Trump was disrespectful to her son's widow. Jones-Johnson said she did not record the conversation.

So who are you going to believe? Also, wonder if Trump was less disgusting when calling the white soldiers' families?