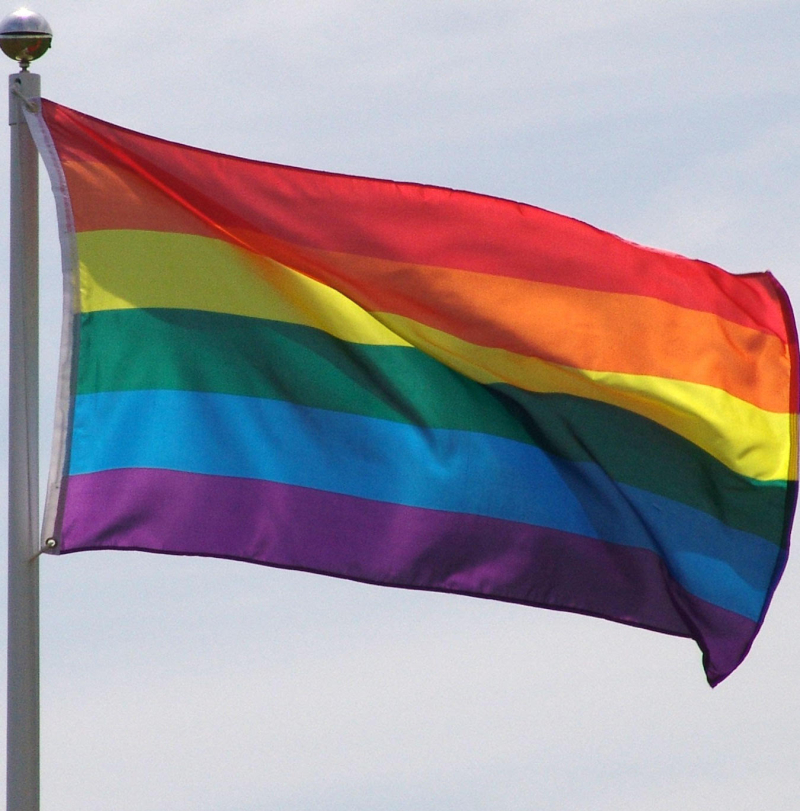 That lovely, historic ceremony slated for tomorrow that I told you about, the one where the National Park Service was sponsoring the flying of the Rainbow Flag at a national monument for the first time ever?

Yeah, that's not going down in quite that way anymore, thanks to Trump ...

(NEW YORK CITY -- October 10, 2017) – The National Park Service (NPS), which had originally approved and sponsored a ceremony to be held tomorrow at 12:00 Noon at Stonewall National Monument to dedicate the Rainbow flag, has suddenly withdrawn. The event, however, will go on.

LGBT activists planning the event with NPS officials cite bureaucratic homophobia for the last-minute change in plans, as the Trump Administration has systematically rolled back LGBT rights at the federal level since January.

Organizers of the event were unexpectedly informed on Tuesday afternoon that the NPS is officially passing on their responsibilities of proprietor and caretaker of the nautical flagpole to the City of New York. Fortunately, NPS has donated the Rainbow Flags to the City and the City has given assurances that the ceremony will go on and that flag will fly permanently.

This historic event had originally been planned as the first time that the LGBT flag will wave over federally-funded land, under the permanent stewardship of the National Park Service. NPS personnel were scheduled to speak at the event, but will no longer be in attendance.

“Since planning began this past summer, the NPS had been wholly cooperative,” said Ken Kidd, a spokesperson for the LGBT organizers. “This abrupt turn-around, as well as the NPS distancing itself from this event, is more evidence of the Trump administration’s campaign to reduce LGBT people to second-class American citizens. It’s no coincidence that this comes on the heels of Attorney General Sessions’s support of religious rights over LGBT civil rights.”

Despite the change in flag stewardship, the dedication will go forward at 12:00 Noon on Wednesday at Stonewall National Monument, located in Christopher Street Park in New York’s Greenwich Village. The park is on the corner of Christopher Street and 7th Avenue South.

The event will be emceed by Gay USA television co-host Ann Northrop. Performers will include Telly Leung, who plays the title role in Disney’s “Aladdin on Broadway” and Cantor Steve Zeidenberg of Congregation Beit Simchat Torah. Speakers will be Leslie Cagan, co-organizer of the 1987 March on Washington for LGBT Rights, Kiara St. James, Executive Director of New York Transgender Advocacy Group, and LGBT and AIDS activist Michael Petrelis, who spearheaded this initiative.

“It is a victory for our Community to have these symbolic colors flying majestically over our Stonewall, designated as a National Monument by President Obama, even as our LGBTQ brothers and sisters are under attack by the current regime in power,” said Petrelis.

October 11 marks the thirtieth anniversary of the historic 1987 March on Washington for Lesbian & Gay Rights--when the NAMES Project AIDS Quilt was unfurled on the National Mall.  The date also marks the annual National Coming Out Day, inviting the LGBTQ community to live their lives openly.

Support for the ceremony is being generously provided by Broadway Cares/Equity Fights AIDS. BC/EFA helps men, women and children across the country and across the street receive lifesaving medications, health care, nutritious meals, counseling and emergency financial assistance. broadwaycares.org

Gilbert Baker died in New York City on March 31 at the age of 65. Memorials to the internationally known activist were held across the globe in subsequent weeks.

The Stonewall Inn was added to the National Register of Historic Places in 1999.