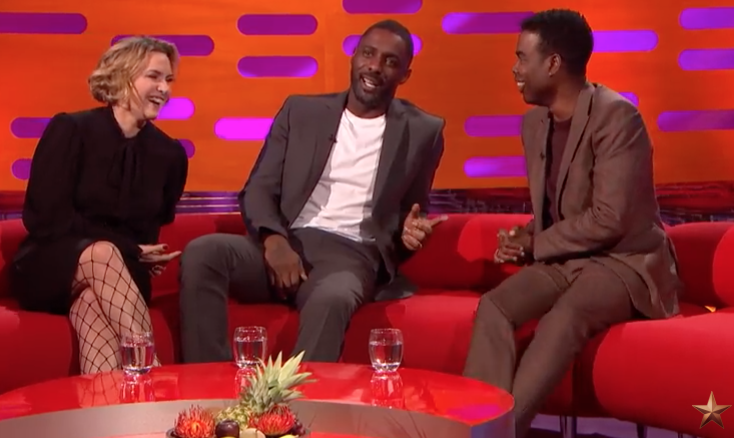 Thanks, Chris Rock, for attempting to push Idris into a gay-orgy movie, BTW! (Video still via The Graham Norton Show)

Tillerson's plans are backfiring. Russia sanctions still in place, State is in shambles, & he discovered his boss is a moron. Bye Felicia!

Ali Forney Center: Imagine an event hosted by Tituss Burgess and featuring Rep. Maxine Waters (D-California), plus Lady Gaga live via satellite. How much gayer does it get? Not much. And it's for a cause that can't get much better, either.

Politico: Sen. Bob Corker (R-Tennessee) says what all sane people are thinking — that Trump has us: ... on the path to WWIII. He concerns me. He would have to concern anyone who cares about our nation. I know he has hurt, in several instances, he’s hurt us as it relates to negotiations that were underway by tweeting things out. It is widely believed that Trump will walk away from Obama's Iran deal this week, against the advice of his top advisors. With which country will we go to war first — North Korea or Iran? It's anyone's guess, but there is no “none of the above” option. 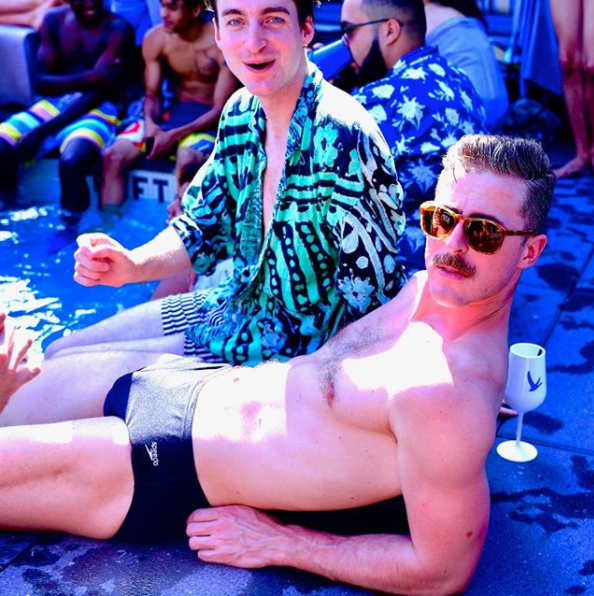 If a guy has a mustache, Kenneth will find him. (Image via Nico Brown)

Daily Beast: VP Mike Pence's ham-handed, completely pre-planned walkout at a football game this weekend has been called out in most corners as an expensive ($250K) P.R. stunt. Now, the NFL Players Association is joining the party, standing by the jocks' right to protest. P.S. The pic Pence tweeted out of him and his wife at the game? Not so much. It's a three-year-old photo that he had handy in order to maximize the political theater. 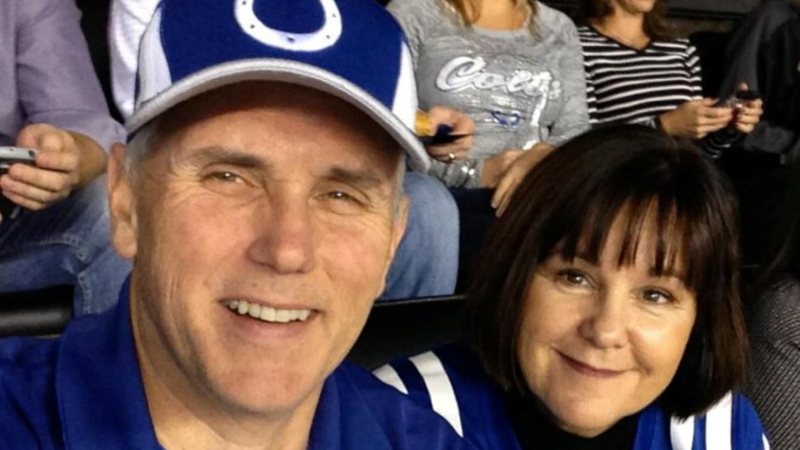 This pic wasn't from the Pences' phony walkout, it's three years old. (Image via handout)

Huff Post: Harvey Weinstein was axed from his own company after reports of sexually coercive behavior over the years reached a crescendo late last week. One of the first A-listers to publicly condemn him is actually a triple-A-lister, Meryl Street, who said in a statement to Huff Post: The disgraceful news about Harvey Weinstein has appalled those of us whose work he championed, and those whose good and worthy causes he supported. The intrepid women who raised their voices to expose this abuse are our heroes. One thing can be clarified. Not everybody knew. Harvey supported the work fiercely, was exasperating but respectful with me in our working relationship, and with many others with whom he worked professionally. I didn’t know about these other offenses: I did not know about his financial settlements with actresses and colleagues; I did not know about his having meetings in his hotel room, his bathroom, or other inappropriate, coercive acts. And If everybody knew, I don’t believe that all the investigative reporters in the entertainment and the hard news media would have neglected for decades to write about it. The behavior is inexcusable, but the abuse of power familiar. Each brave voice that is raised, heard and credited by our watchdog media will ultimately change the game. Out actor Nathan Lane also slammed Weinstein, who he said physically assaulted him at a 2000 birthday bash for Hillary Clinton. Lane reportedly said to Weinstein, who threatened him: You can't hurt me — I don't have a film career.

WATCH: “He blocked the entrance… and said, ‘Just stand there and be quiet.’” @LaurenSivan speaks out about Harvey Weinstein pic.twitter.com/RYeVIyWOpZ