Kenneth in the (212): He is the pants-down winner of the world's nicest thighs!

THR: Jeffrey Tambor has staunchly denied ever being a predator after his assistant and a co-star — both trans — have filed complaints against him for his behavior on the set of Transparent. Tambor says:

I am deeply sorry if any action of mine was ever misinterpreted by anyone as being sexually aggressive or if I ever offended or hurt anyone. But the fact is, for all my flaws, I am not a predator and the idea that someone might see me in that way is more distressing than I can express.

However, THR reports the show's creator, Jill Soloway, is already looking at how to possibly kill off the show's central figure and move on without her. (Maybe she's privy to the extent of Tambor's assistant's allegations?) 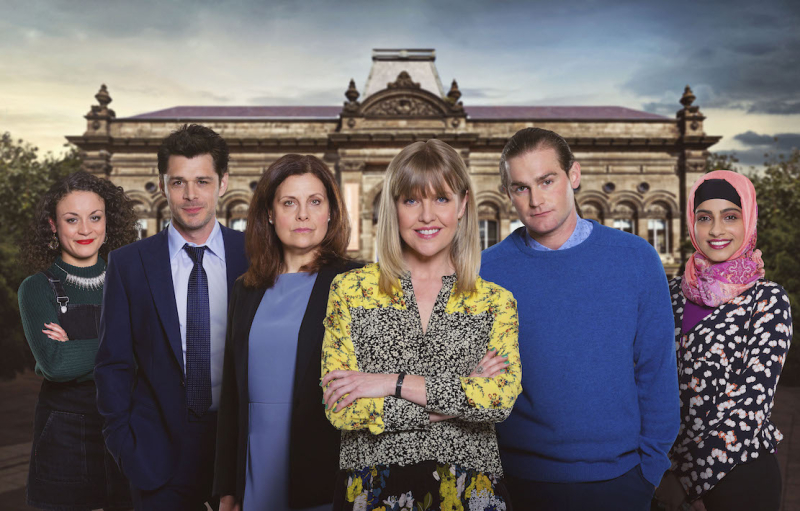 Acorn TV: Ashley Jensen of Extras fame stars in Love, Lies & Records, a new Acorn TV Original and BBC One drama about a registrat juggling her private life with what sounds like the kind of job from which one would unwittingly extract stress almost by osmosis — recording everyone's births, deaths, weddings, divorces.

The series features a co-worker coming out as trans and several same-sex wedding ceremonies.

The U.S. premiere is Monday, November 20, hot on the heels of its BBC One debut.