Passing The Torch: A Review Of TORCH SONG Comments (0) 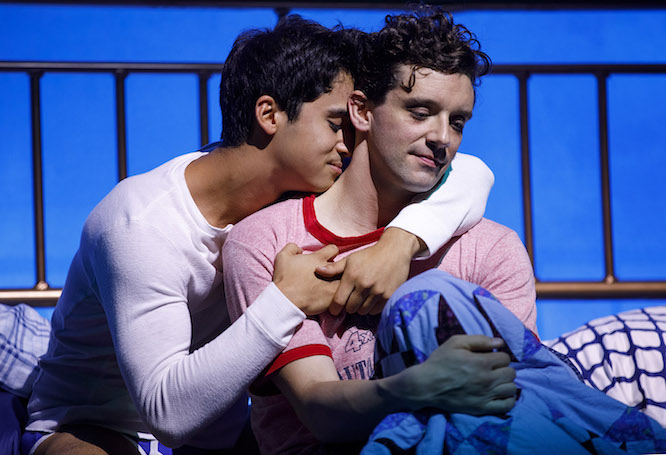 It may take you about 10 seconds to get used to an Arnold Beckoff who isn't zaftig ... but only 10. After that, Urie makes the role his own, and finds all of its self-deprecating humor — and its warmth.

Interestingly, Urie makes for a less grandiose but more approachable Arnold, a middle-class, Jewish boy from Brooklyn who, at play's start, is earning his living as a drag queen and negotiating the dog-blow-dog world of the '70s gay scene, complete with anonymous encounters in back rooms and complicated relationships with guys like Ed (Ward Horton), who are killing themselves to pretend they're straight, or at least bi.

If Fierstein's Arnold (memorialized in the 1988 movie) was over-the-top and fabulous, Urie's feels like a regular borough dweller who's reaching for fabulousness but whose omnipresent desire to fit in — albeit on his own terms — lights the fire that keeps him working hard.

I played Alan in a college production!

The play is staged in impressionistic sections. Following “International Stud,” which traces the beginnings of Arnold and Ed's love affair, part two is “Fugue in a Nursery,” an inspired sequence staged on a giant mattress, during which Ed and his new significant other Laurel (Roxanna Hope Radja) and Arnold and his new significant other Alan (Michael Rosen) interact during what we surmise is an awkward weekend at Ed's family's house in upstate New York. During these interactions, Urie's Arnold matures while Horton's Ed suffers. 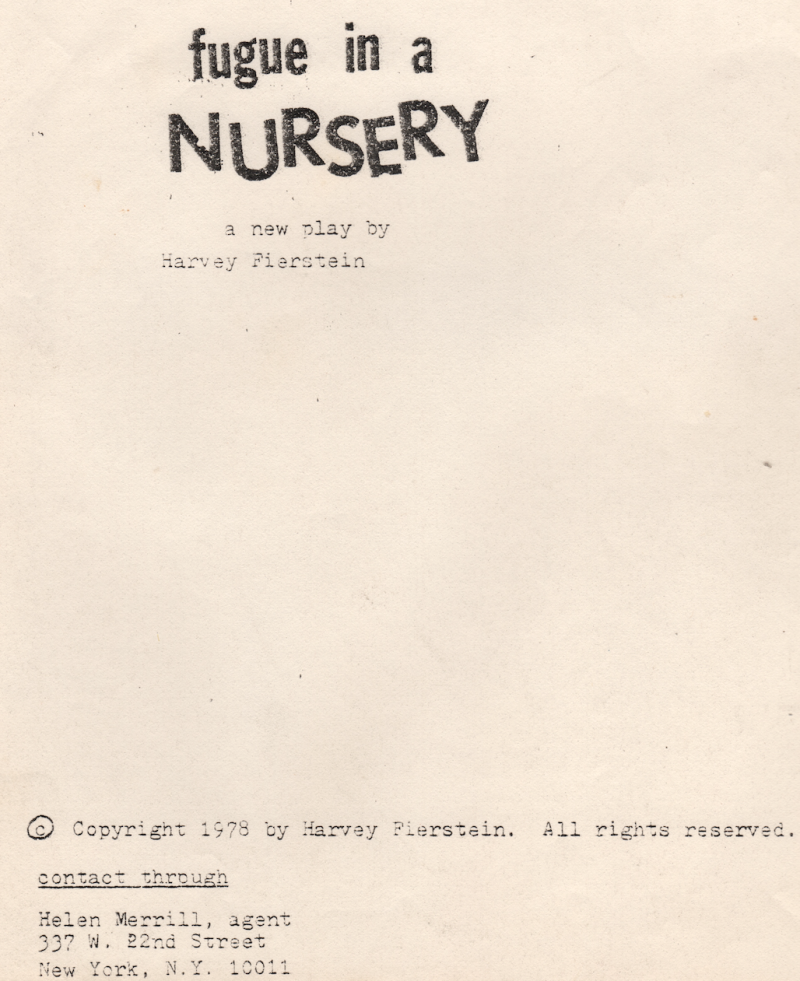 Finally, things wind down after intensely revving up with “Widows and Children First!,” the last and best part of the show, in which we discover Alan has been murdered by gay bashers, but Arnold has picked up the pieces of his life by applying to adopt a gay teen, David (Jack di Falco), and is juggling renewed interest in a relationship from Ed and a hurricane-force visit from his disapproving, tart-tongued mother (Mercedes Ruehl). 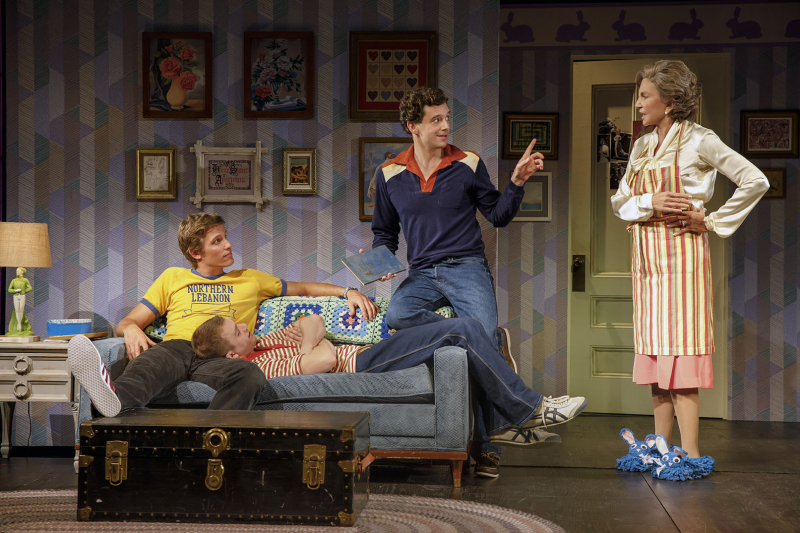 The banter between Arnold and the woman who gave him life — and henpecks him to death — reveals where Arnold got his wit, and also why he wants a stable family life. Their bombastic exchanges are classic, with Ruehl bringing a formidable mix of battle-axe and lioness, lonely matriarch and homophobic viper to the stage. Her line deliveries could cause a cactus to droop.

When it was written, the ideas of gay marriage and gay parenting seemed faraway dreams. Now that they're real, the play is shockingly relevant, needling, as it does, the gay community on the topic of just how gay we want to be, and just how straight we might want to live.

It's a most welcome revival of one of the great works of gay-themed art of the last century, and is most definitely a kick in the proverbial rubber parts.

Torch Song, directed by Moises Kaufman, plays at the Tony Kiser Theater on W. 43rd through December 9 only.