I was thrilled to be in the front row when Raquel Welch offered a delicious remembrance of meeting Mae West, with whom she was about to film Myra Breckinridge. The commenters are top-heavy with ridiculous people who think Welch was being disrespectful, which makes it all the more entertaining.

This one is a tie! I think infamous drag queens always attract eyes, and Phi Phi was no exception.

RuPAUL'S DRAG RACE Season 8 Girls: Which Queen Was the Most Ruthless?

As you can see above, my RuPaul's Drag Race videos always do well. This season was extremely popular, so it makese sense this gossipy video from this season would excel on YouTube. Sounds like Bob the Drag Queen won this one — and the whole season!

I had to battle a take-down notice for this one when Epix thought I was uploading the entire tour, but this is better — it's Madonna's Q&A from the premiere event for her MDNA Tour on Blu-ray and on Epix. She was in a goooood mood that night, and in full Marlene Dietrich drag.

It felt like we'd never have a Republican president again at the time this happened five years ago. It still feels that way.

MANILA LUZON Speaks Out on the Loss of SAHARA DAVENPORT

Darling Manila had only been without Sahara for a month when I asked about the loss — and the response was heartwarming. I can only surmise that people really took this one to heart.

Nicest woman you'd ever wanna meet! Barbara Hale had canceled a previous Hollywood Show gig, leaving me with an expensive original photo I'd bought for her to sign. She was getting up there in years, so I assumed she'd never come back. I mailed it to her with an autograph request. She never replied. Hilariously, at the next show — at which she was hearty and vibrant, as you can see! — she had a stack of repro prints made from my photo! Her fan-mail person must've nicked it. No complaints, though! She was a highlight of all the shows. I don't claim to know why this video has been so successful, but I will point out that while there was a spike in views when she died in January 2017, it was already a highly watched post.

I had a blast quizzing Willam at this event, though he later came for me on Facebook because I had had the temerity, in my review of one of his performances, to write that he wasn't as creative as I had expected. I told him then and will say again I think he's a very talented person, one of the most interesting and talented from the RuPaul's Drag Race franchise, but I wish he hadn't taken a mildly critical review so personally. It reminded me, though, that when I post stuff, people — especially people who are not at Henry Cavill's level, and who are LGBTQ — might very well read it. It has probably inhibited me from being blunt, which sucks for honesty, but it has also probably curbed me from being thoughtlessly nasty.

With this video, it's a good and bad that it's so popular. I know that when I shot it, I was kind of interviewing her as a favor — no one else around me on the GLAAD red carpet cared about an unknown trans teen. I found her delightful, and it was sweet that she, like any other kid had apolitical interests — namely, Jersey Shore! But it's a bummer that so many of the views of this very short clip are from people who seek to weigh in on trans people in a nasty way. We have a lot of work to do. Even among gay men.

This is one of those videos I altered so filmmakers and TV news and others wouldn't use it willy-nilly, because I was super lucky to be invited to this exclusive Madonna bash ... and then to end up in the front row for her intimate performance. It was magical, and was a shocker — she walked out and inspected the taped-off area in which she would perform with no fanfare, getting on her knees in front of us. After she sang, she went all around the party meeting people. I got to congratulate her. It was a surreal night. 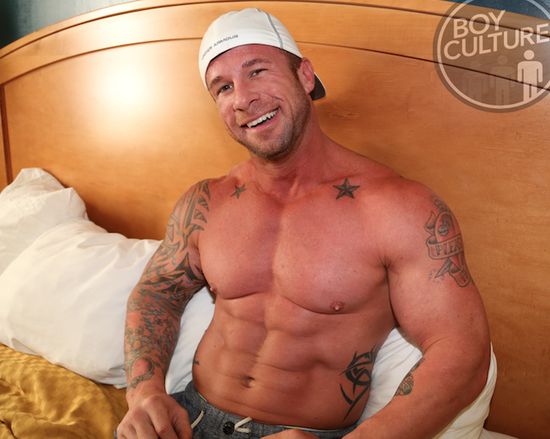 NICK JONAS at Gay Club BPM in NYC 9.8.14 I worked with the Jonas Brothers as a teen editor, but was pleasantly surprised Nick recognized me and called me over for a pic-with and lovely chat. People hung up on the concept of gaybaiting are completely offbase.

Sasha, Trinity, Peppermint, Shea & Alexis on That Catty Reunion, Who SHOULD Be Miss Congeniality My most recent Ru video to do this well. Wonder why? Meow!!!

ROBERT CONRAD & CONNIE STEVENS on HAWAIIAN EYE @ Hollywood Show 1.12.13 I was fortunate enough to be close to the action when these '60s sex symbols reunited to chat about one of their beloved projects.

HOLLYWOOD SHOW: Kim Richards, Kristy McNichol, Mackenzie Phillips, Glenn Scarpelli TONS MORE This one might've done extra well due to the presence of Kim? I just know some footage of me with her was used on RHOBH.

JAMES FRANCO on MY OWN PRIVATE RIVER, His River Phoenix Obsession & Favorite Scene One of the only oddball passion projects that Franco did that I really loved was this. Great, closeup footage, and I was able to get a pic with him after!

STEVE GRAND Q&A: Intro + What does he look for in a guy? My highest-performing Steve Grand video! Love this guy.

MADONNA @ Roseland About to Pick 4 Finalists! The video title says it all. Madonna looked incredible here.

RICKY MARTIN with CARLOS GONZALEZ @ GLAAD MEDIA AWARDS March 2011 This video was hysterical, Ricky had almost stopped for me on the red carpet, but was dragged away. Later, I was covertly filming him with his BF — footage I foolishly did not submit to an agency, and that appeared all over Latin America — when he out of nowhere pointed at me to playfully let me know he knew what I was up to. Cute!

CHER Appears on "Q" Night @ Marquee in NYC on 6-/27-28/13, Lips Along to Her Music, Thanks Gays My most recent big hit was this footage of the one-named and only Cher during her brief Marquee club promotion. It was used on TV, which is why I only uploaded this version, with a visual effect on it.

SCOTTY BOWERS at FULL SERVICE Book Signing 2.29.12 Part 2: Walter Pidgeon This is the only really full video of Scotty Bowers from his 2012 book signing, and this part of the footage go the most play because Walter Pidgeon's grandson explicitly asked about the Pidgeon sex revelations.

Chippendales JAYMES & JAMES on MAGIC MIKE, Their Calendar & THE AMAZING RACEThis one wowed me with how hot it got. I shouldn't have been surprised considering how hot they are.

GLAAD AWARDS: Grant Gustin on Being the Bad Boy, Getting the Part & Why GLEE Matters  Who knew that Glee's Grant Gustin, tasty as he is, was good for?

And although I moved over to a different account, my old YouTube has many views of its own, including these highlights:

Madonna and Lola @ Material Girl Macy's Launch: School, Style, Parenting! I get to ask Madonna a couple of brief questions in this clip.

REAL WORLD's Scott Herman + Shirtless Guys @ GLAAD Event This is a classic video of superhot guys in not very many clothes.

Jared Leto 30 Seconds to Mars "Hurricane" Event 2.21.11 Part 7 of 8 I had no idea—NONE—that 30 Seconds to Mars had such crazed fans when I decided last-minute to attend this Q&A on one of my Hollywood trips. I was turned off, though, when a band member extolled the virtues of Ayn Rand and the crowd cheered mindlessly.

Dan Choi Re-Enlists in the Army in Times Square: DURING & AFTER Remember when gays couldn't serve openly in the military? Yeah, I don't either.

Cute Bulldog Lovingly Licked By Cop's Horse, NYC This was the only truly viral video without a celebrity or male T&A element that I shot that shot to Internet fame. I was contacted by a company that offered to market it to Japanese TV shows, but no sales were ever made (or reported). The owner of the dog had his own video taken at the same time...but it had way fewer views!

Lengthy Madonna German Interview Filth & Wisdom 1 of 2 Back when Perez Hilton liked me (I'd written long posts defending him, in principle, but was later excommunicated when I posted a story linking to what turned out to be his private Facebook. I wasn't aware there was such a thing. She does not forgive and forget.), he linked this video of Madonna, if only to mock her then-fresh surgery.