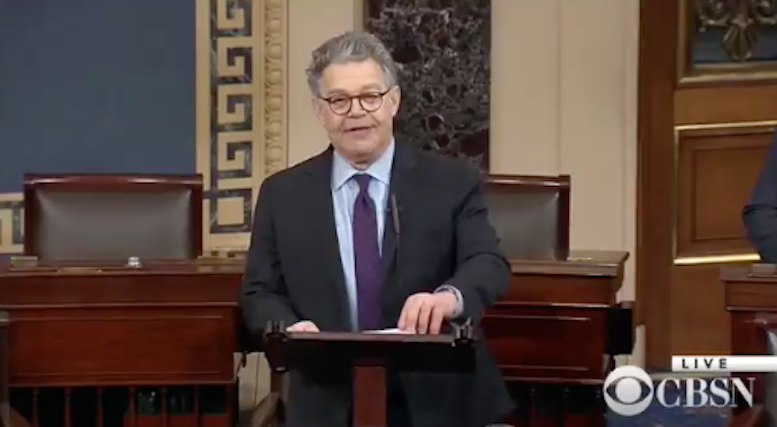 This feels like SUCH a huge mistake on the part of Democrats. I predict suddenly remembered accusations of wrongdoing will emerge regarding other popular and powerful anti-Trump voices soon as a continuing test and as a continuing drain on our talent pool:

Al Franken, in resigning, reaffirms that “all women deserve to be heard, and their experiences taken seriously” ...

Franken on allegations of sexual misconduct: "I was shocked. I was upset. But in responding to their claims, I wanted to be respectful of that broader conversation because all women deserve to be heard and their experience taken seriously." pic.twitter.com/TOaKlqHDwY

On a related note, Lindsey Vonn said she would absolutely not accept an invitation to the White House. More and more, people are feeling comfortable treating Trump as what he is — a sex offender:

"I hope to represent the people of the United States, not the President."