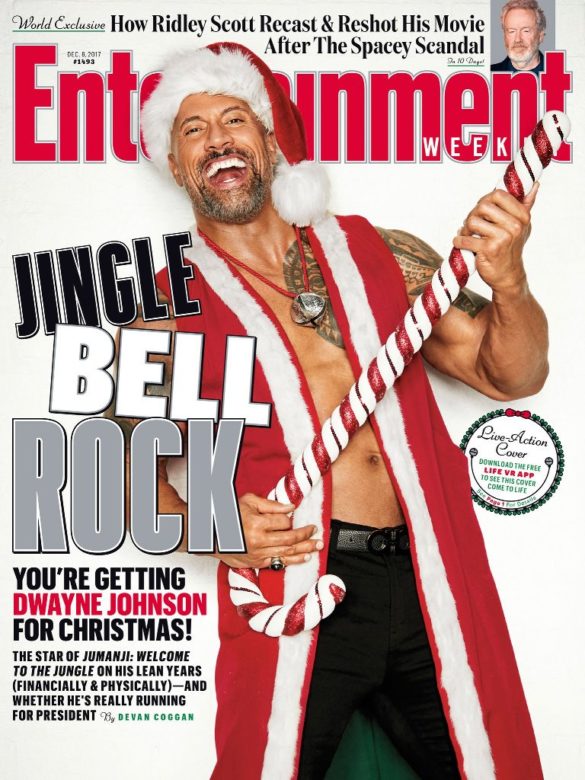 LAINEY GOSSIP: It's beginning to smell a lot like Christmas — The Rock covers EW.

HUFF POST: Sen. Feinstein (D-California) says that Trump's latest tweets — in while he seemed to confirm he knew Flynn had lied when he fired Comey — have kicked off a Senate investigation into obstruction of justice, something to which legal scholars had already agreed Trump accidentally confessed.

OMG BLOG: A novel use for semen.

PEOPLE: Hillary Clinton revealed more about why she didn't call out Trump for creeping on her during that infamous debate, and it has everything to do with her being a woman, and with anti-feminist views held my much of society. It's very backwards-in-high-heels to think of the perceptions Hillary had to (and has to) worry about before she opens her mouth — no one wants an angry woman in the White House, yet we elected a furious man.

SNL: The women of SNL got together — with host Saorise Ronan — to mock male outrage over all the sex-abuse allegations of late. Sure, it's sad to lose House of Cards, but women fear rape constantly and stuff: