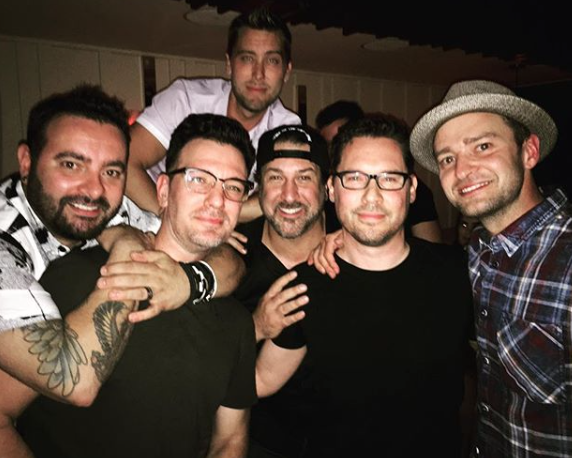 With his merry band of boys — #NSYNC (Instagram @bryanjaysinger)

I'm sure a lot of people have been expecting Bryan Singer to be nailed in the current wave of sex-assault allegations, but I'm not sure this case will truly do it.

He also claims Singer threatened him not to tell anyone because no one would believe him.

Sanchez-Guzman is suing for money for “emotional distress, mental anguish, and physical and mental pain.”

The way our system works, he is entitled to sue for damages (it is past the statute of limitations, so wouldn't be a police matter), but I think suing for money automatically weakens it as a #MeToo case. Doesn't mean it never happened, but for example, the same lawyer involved also handled the botched case of Michael Egan, who sued Singer several years ago alleging rape — and had his case bounced because Singer was provably not where Egan alleged he was at the time. Egan later went to prison for fraud on an unrelated matter.

If I were Sanchez-Guzman, I would have avoided the optics of using that lawyer.

We'll see how it shakes out.