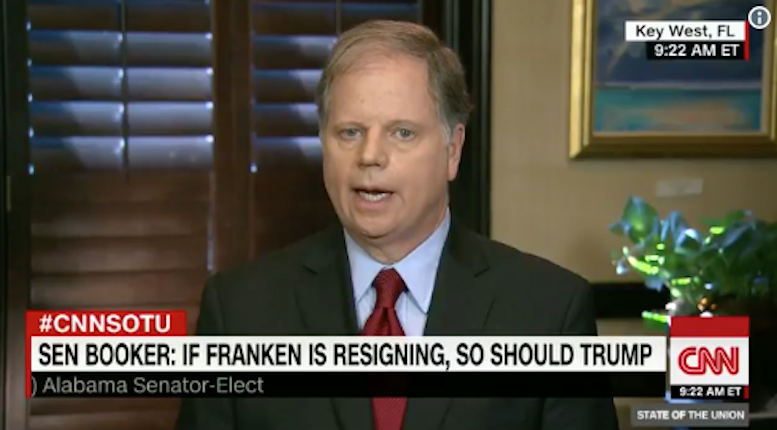 Hey, Jones may be the most liberal dude in Alabama, but he's still in Alabama, so he's not going to be perfect. I disagree with him strongly that the credible allegations of sexual harassment against Trump aren't enough reason to call on the man to resign. Also, his phrasing suggests that sexual harassment isn't a real issue.

But again, he is not Roy Moore:

Sen.-elect Doug Jones of Alabama doesn’t join the several Senate Democrats calling for President Trump to step down: “I think we need to move on and not get distracted by those issues … I don’t think the President ought to resign right now” #CNNSOTU https://t.co/IjtmPvu6SK

At least as disturbing is Jones's comment that Dems shouldn't battle with Trump more than we have to. That framing suggests Dems are being needlessly aggressive when the opposite is true.