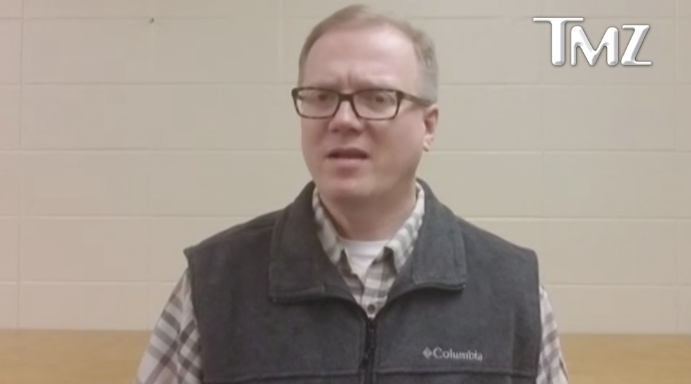 The man running to unseat Kim Davis in Kentucky, David Ermold, granted TMZ an interview, in which he comes off as a way bigger person that you or I ...

Via TMZ: Ermold had to turn in his papers in order to officially declare as a candidate for Rowan County Clerk — and he had to do it with Kim Davis herself!

His take on Davis:

Here the thing — it doesn't matter what these other people say about me, it doesn't matter what comes from the other side. Um, shes' a person. She really is. And she's a part of our community ... I don't hold grudges, this isn't a grudge, and I don't want it out there like that because that's not what this is.