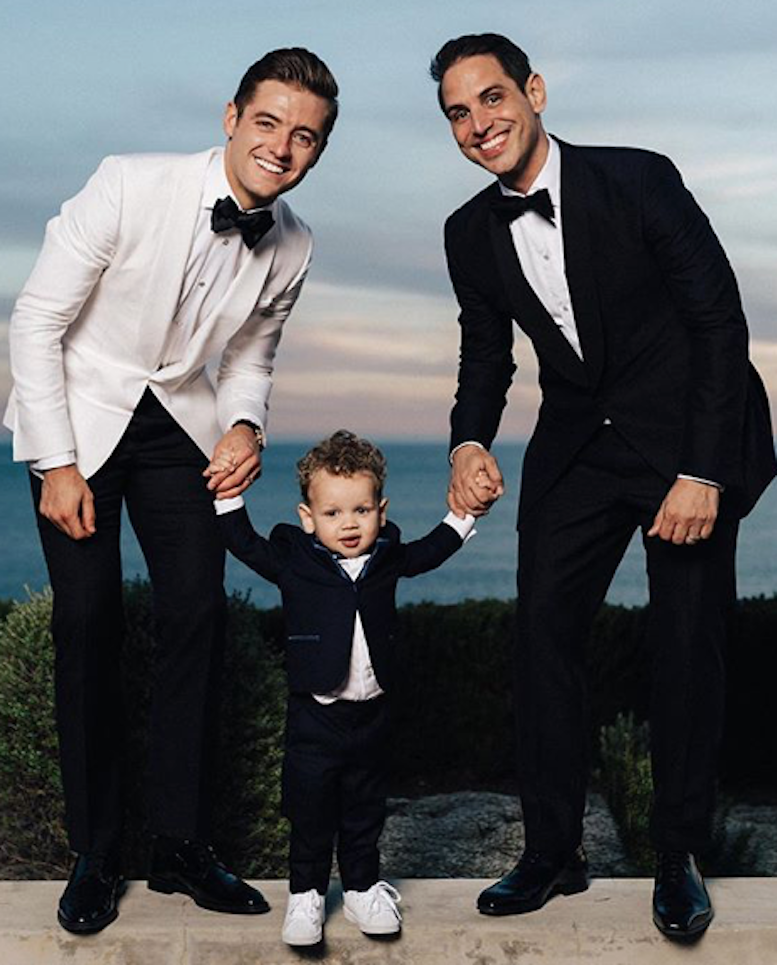 Still recovering from the most emotional beautiful day, exceeding any dream I ever had. To marry the man I love in front of all of my loved one’s was not something I grew up thinking would ever happen. Thank you to the men and women who made this day possible.

In the first pic released from the wedding, the couple's son Caleb smiles between them, Berlanti in a black tux, Rogers in white.

The couple had begun dating in 2014 and announced their engagement on New Year's Eve 2016.

Rogers was the first male athlete in U.S. professional sports to come out as gay while still playing. He surprised many in November by announcing his retirement due to an ankle injury.