Above and below: Don't be shy to follow Stanley Stellar on Insta. You won't regret it.

NEWS.COM.AU: I'd never heard a word about this — any of it! — but apparently, Ruby Rose is partnered with Veronicas singer Jessica Origliasso, and two weeks ago zapped Origliasso's twin, Lisa, with a tweet claiming she'd told the couple they should feel lucky not to be stoned to death for being gay. Now, Rose is saying she regrets having gotten involved. Lucky Australians don't celebrate Thanksgiving, 'cuz this last one would've been awwwkward.

Also very disappointing if half of the Veronicas is that stupid and right-wing on gay issues to even have that thought fleetingingly after the sexed-up, bi-flirty “Take Me on the Floor,” with its yearning, “I wanna kiss a girl!” exclamations:

THR: Barack Obama, somehow, is still keeping it classy regarding Donald Trump. He must feel we shall overcome, but I guess I've never had that faith:

... One of the joys and one of the frustrations is that it can be contradictory. We can be very kind [and] there are times when we are cruel and short-sighted ... But what I take heart from is the fact that the trend lines of America are similar to the trend lines of the world, which are for more kindness, more inclusion, more health, more education, more equality.

That was his response to a question, at an Indian forum, asking if Donald Duck or Donald Trump better represented the U.S. (Actually, Donald Trump is no Mickey Mouse. He's like the Gary Johnson of Disney.)

JOE.MY.GOD.: The Alabama Senate race is in a dead heat. I never want to hear that “dead girl/live boy” B.S. again. Those days are gone.

POLITICO: The Senate passed a sweeping tax overhaul that punishes people making less than $50,000, rewards big biz and those making $200,000+ — and they passed it without reading it. Not one of the people who voted had read the entire thing. How is that knowable? Because it was 500+ pages (including handwritten scrawls) and arrived on senators' desks the day of the vote. How's that Jill Stein protest vote workin' for ya? Oh, wait — Hillary would've been bombing Iran by now, right?

NYDN: Broadway casting director Justin Huff, who is openly gay, has been fired from his position at Telsey + Company following what are described as numerous reports of sexual misconduct of some sort. He had worked on Kinky Boots, The Color Purple and Newsies. Less than a year ago, Huff and his husband were reminiscing about how they met at a casting call. There are reports other casting personnel from the same company many have been let go. There is no specific information on what exactly Huff is alleged to have done, though Variety reports he admitted it had occurred. 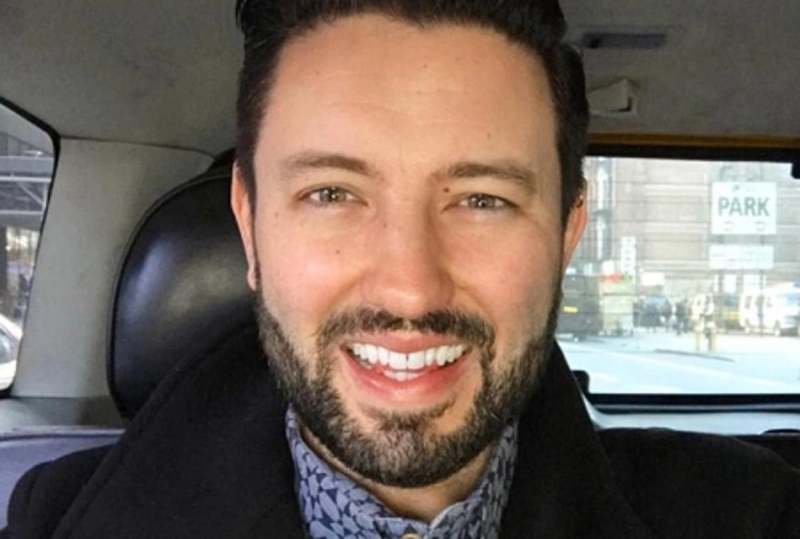