Look at his back, then look ahead for news about the sexually harassing National Enquirer editor, Terry Crews's dick-grope lawsuit, the failure to impeach Trump (now), a shirtless dude named The Beast, Mariah's Xmas show and a black TV anchor's smackdown of a racist viewer ...

NYDN: Dylan Howard, of National Enquirer, once left American Media over sexual harassment claims — but was hired back later, promoted and how has the company's full support. The same company tha fully supports Donald Trump, drags the Clintons and apparently aided and abetted Harvey Weinstein.

DLISTED: Terry Crews is suing the Hollywood agent he claims groped his penis.

POLITICO: Impeachment effort against Trump in the House fails, because “now is not the time.” 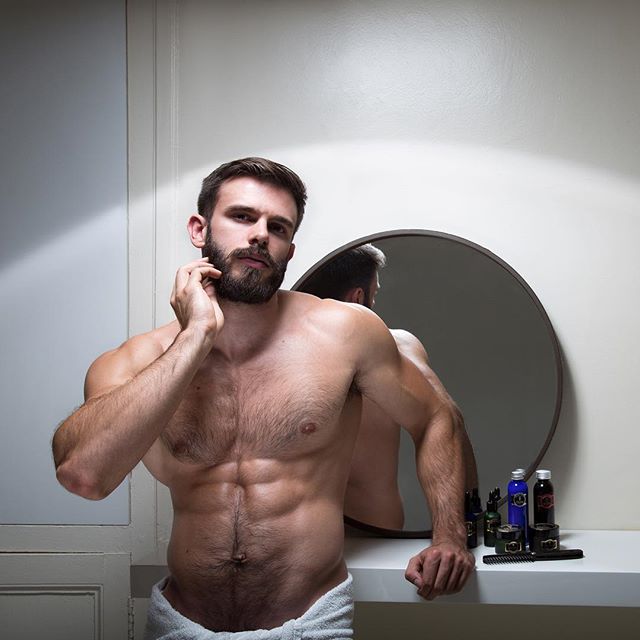 (Image via Killian: The Beast)

THE OUTFRONT: You should look into him because of that picture above and because he is named Killian aka The Beast!

FACEBOOK: If you like Mariah Carey, here are some faboosh pics of her from one of her only Christmas shows this year.

HUFF POST: A viewer named Kathy Rae got more than she bargained for when calling an Atlanta anchor the N-word (and calling her a racist, too!) over coverage of the nail-bitingly close Atlanta mayoral election:

News anchor Sharon Reed responds on air to a viewer who calls her the N-word. This Atlanta Mayoral race has people fiesty tonight. pic.twitter.com/Vgri3oXnGN