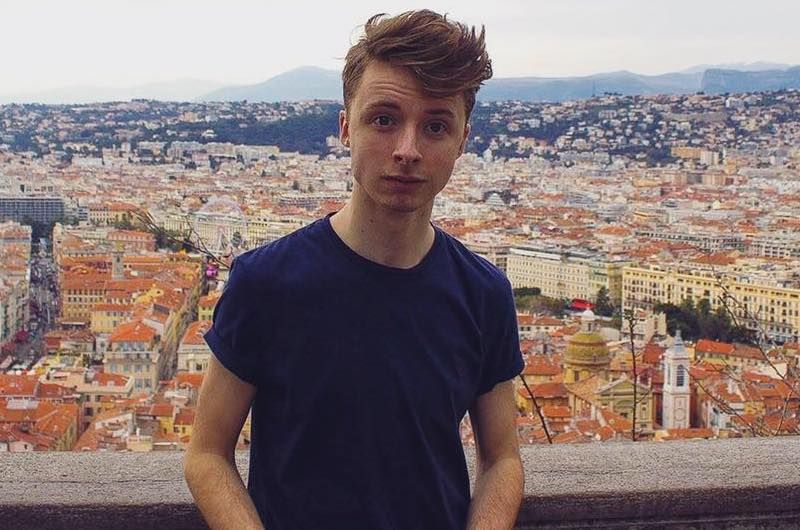 Will Mayrick was humiliated on the London Tube (Image via Facebook)

Keep reading for news of a homophobic attack in London, that botched suicide bombing in NYC, yet another A-list sexual harassment scandal, Roy Moore's trip, a packed Speedo and the delicious Jean Marais...

NEWNOWNEXT: 2 teens in London held down and choked a young gay man, Will Mayrick, forcing him to apologize for being gay before releasing him. Now, they've been arrested and he is speaking out, saying:

I’m proud of the fact that I’m gay, I would never want to change. I’m not sorry. But at the time I thought if I don’t apologize I don’t know what’s going to happen.

HUFF POST: ISIS has no way of touching the U.S. save for inspiring loners to construct half-assed pipe bombs — a suicide bomber ineptly detonated his low-tech device in a Port Authority tunnel two blocks from me this morning. I'm not worried, but I'm disgusted that anyone, no matter how fewer people it is, who has lived in the U.S. for years could think it is a good idea to try to blow themselves and other people up over a dying case. Glad so few injuries. If even the guy who had the bomb strapped to himself didn't die, I'm not overly worried about the other side's ability to harm us. Still, I was in that spot two days ago, and I hope the people injured by this fool will recover quickly.

EATER NY: Mario Batali, one of the food industry's most revered figures, is stepping away from his empire after being accused of a pattern of sexual harassment over the course of the past 20 years.

POLITICO: Roy Moore is so freakin' confident he'll be the next senator from the not-so-great state of Alabama that he spent the final weekend before Tuesday's election in Philadelphia watching football.

KENNETH IN THE (212): Hugely overstuffed Speedo.

GR8ERDAYS: Like this Facebook page, please! Today's celeb birthdays include living legend Rita Moreno, 86, and dead legend Jean Marais, who was born 104 years ago. Marais was an artist and actor who was the muse (and boyfriend) of director Jean Cocteau. Marais was awarded the French Legion of Honor and acted in films from 1933 until his death in 1998.

Marais is the chap who looks made for Instagram. (Image via Gr8erDays)