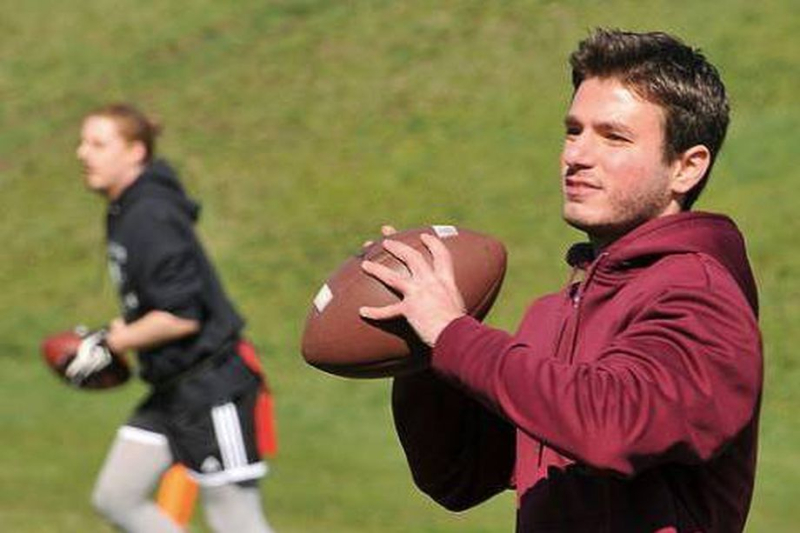 Alex Reimer, the wunderkind, 25-year-old sports reporter who randomly called Patriots quarterback Tom Brady's daughter a “pissant” — and is suspended for it — made a splash a couple of years ago by coming out in a profession where heterosexuality is valued ...

Brady was so incensed he threatened not to do interviews with WEEI again and walked out on one that was already underway. Reimer was suspended.

Brady later said he strongly does not feel Reimer should be terminated:

BRADY ON REIMER#Patriots QB asked three times about @AlexReimer1 and his comment about his daughter and Brady says he hopes he doesn't get fired.#WEEI #WBZ #SBLII pic.twitter.com/CCApTQTxpF

In my opinion, though pissant means “insignificant speck,” I believe (?) Reimer was going for “rugrat” and didn't intend to attack the kid.

Reimer told Outsports he’s been “out” in his private life for over three years, but he had never talked about it publicly until Wednesday.

He said the reaction has been “great.”

Reimer did reveal Wednesday that not only does he have a crush on Justin Bieber, he also plays in the Boston gay flag football league. He revealed other interests and fantasies that we’ll let you hear for yourself in the interview.

Our good friend Steve Buckley, who has continued his dominance as one of Boston’s top sports columnists since he came out several years ago, told Outsports Reimer is a talent to watch in the coming years. With out gay guys in sports like Buck, LZ Granderson, Izzy Gutierrez, Chuck Culpepper, Jared Max and others, he’s in good company.