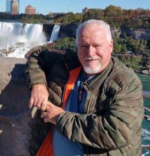 A grim update on Bruce McArthur, suspected of being the gay serial killer of gay men in Toronto: It's likely cops already have some indications he killed at least two other people.

I would guess one of them will turn out to be Skanda Navaratnam, whose long-dormant Facebook page was — until McArthur's page was yanked overnight — still friends with McArthur's.

Keep reading for more details on McArthur and his court appearance today ...

McArthur made his first appearance in court today.

Investigators have evidence suggesting the suspect accused in the deaths of Selim Esen and Andrew Kinsman may also be responsible for two other deaths.

... The source told CP24 that that McArthur had been under surveillance for some time when he allegedly attempted to enter an auto wrecking yard, presumably to have his vehicle destroyed.

Police intercepted McArthur and found blood in the trunk of his vehicle, the source said.

The blood evidence was used to obtain a search warrant for his apartment on Thorncliffe Park Drive.

In the apartment, the source said police allegedly located evidence of four homicides, including the alleged murders of Esen and Kinsman.

Imagine what they might've found on an initial search that led them to conclude McArthur killed others. Trophies? Images?

McArthur appeared in court in College Park, Toronto, today at 10 a.m., did not speak, and will remain in custody until his next appearance, on Valentine's Day.

Many are questioning how the Toronto police let this go on so long, with three men missing since 2010 and more who vanished since. Toronto Mayor John Tory said the public has a right to ask that. He said, also quoted by CP24:

There are questions being asked and they’re quite proper, they will have to be answered over time but in the meantime the police continue with their investigation and I know they’re working hard to make sure they solve all these cases and bring people to justice who have done these terrible crimes.

Meanwhile, after I gave up my Jessica Fletchering (I was the first to post McArthur's picture, and the first to note that he was Facebook friends with Navaratnam — not that I would ever be credited since I'm a lowly blogger with no journalistic experience, cough), others kept digging, finding the accused serial killer's profile on SilverDaddies.com.: 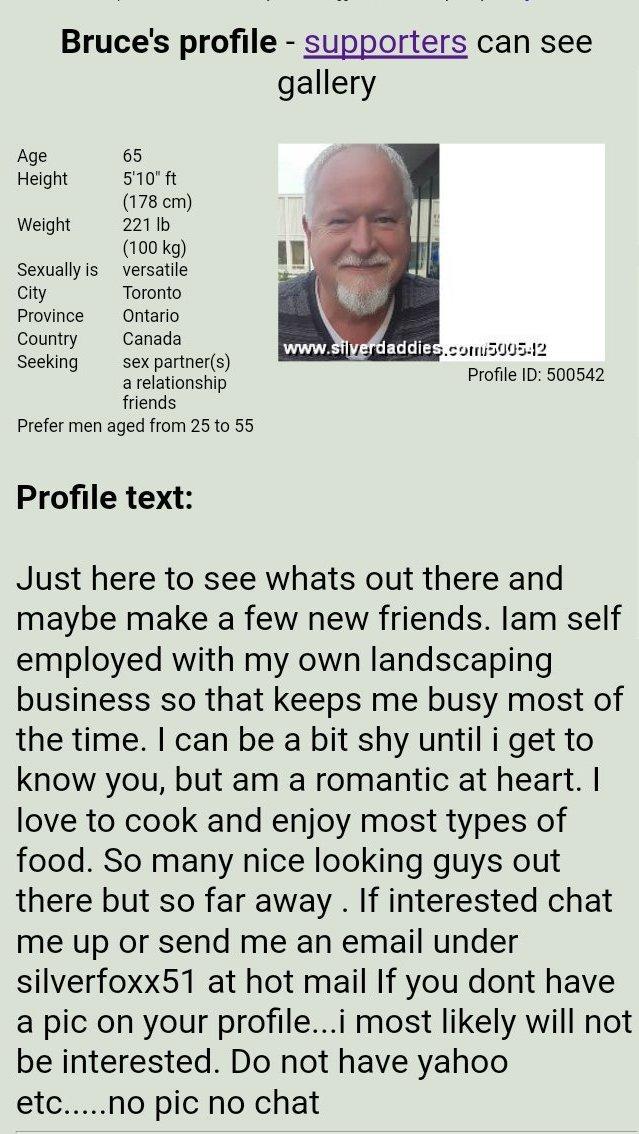 He leaves out the part about enjoying killing brown guys. (Image via SilverDaddies.com)