A Criss Before Dying: The Star Of AMERICAN CRIME STORY: THE ASSASSINATION OF GIANNI VERSACE Speaks Comments (0) 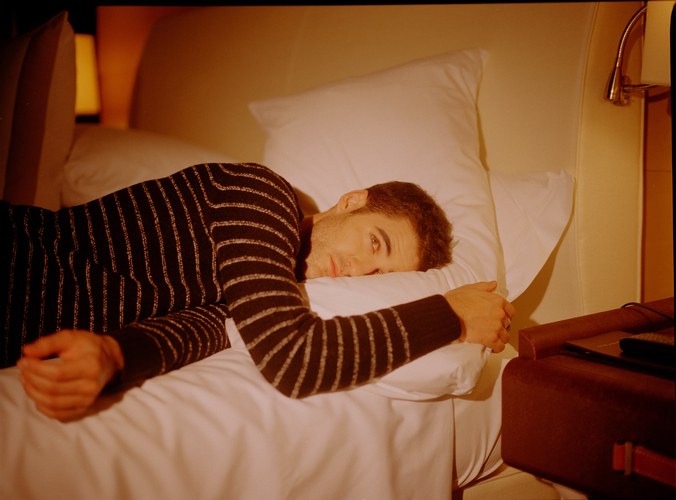 (Image by Michael Beckert for W)

I watched the first episode. It's impressively directed and held my interest, beautiful to look 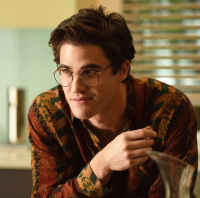 at, and I'm very involved with the story of Andrew Cunanan the amoral, desperate-to-fit-in shapeshifter. I'm less impressed with how callous the miniseries is about not only inventing dialogue and filling in situations we know happened (unavoidable), but about flagrantly making shit up. (Cunanan almost certainly never met Versace, and to show them meeting completely changes what happened and why. Hoping it will be revealed as a fantasy sequence, or at least as a possibly fantasy sequence.

That said, Darren Criss (pictured at right in character) is guaranteed an Emmy nomination for his uncanny performance. He's not just a dead (sorry) ringer for Cunanan, he's mesmerizing in his awkward slickness as he brings the con artist turned serial killer back to life.

Speaking to W Magazine, Criss says of his character:

I was less shocked and scared and disturbed by Andrew, and more just utterly heartbroken. The thing is so sad to me, and it's such a loss of promise and potential. He could have been a creator, and he decided to be a destroyer. It's just the worse [sic] crime of all.

He sounds very attached to the guy, or to who the guy might have become had he not gone mad:

Of the many things that break my heart about Andrew is that after this all came out, and friends and loved ones of his found out about it, they were mortified. They couldn't believe it. Andrew was a very bright, affable, lovable guy. He had so much promise, and you wonder a little, then, how does a kid with all this go down such a destructive path.