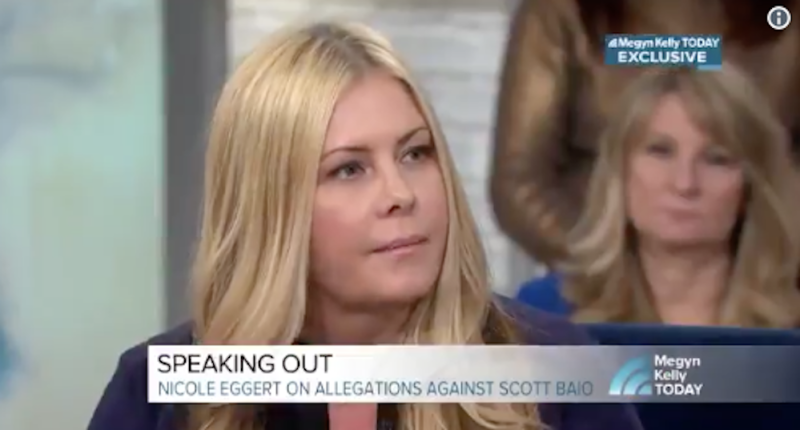 Nicole Eggert spoke at length with Megyn Kelly about the abuse she contends she suffered at the hands — literally, saying she was fingered by him at 14 — by her former co-star and friend Scott Baio ...

"My truth is I wasn’t ready to tell my story. For me it was always protecting the show” - Nicole Eggert #MegynTODAY pic.twitter.com/t0Vu8U3EFn

Unfortunately, Eggert has lied in the past to minimize what she now asserts happened to her. It's understandable, but also not going to help her win over anyone predisposed to believing or defending Scott Baio.

“I was very young & It was shocking. I had never experienced anything like that before either" - Nicole Eggert, who has accused former Charles in Charge co-star Scott Baio of molesting her when she was younger. #MegynTODAY pic.twitter.com/VjSSLcLJP8

She certainly comes off as credible on video, no?