Joining a long line of TV series and films that introduce gay characters only to kill them off, Star Trek: Discovery has already offed Wilson Cruz's beloved Dr. Hugh Culber! 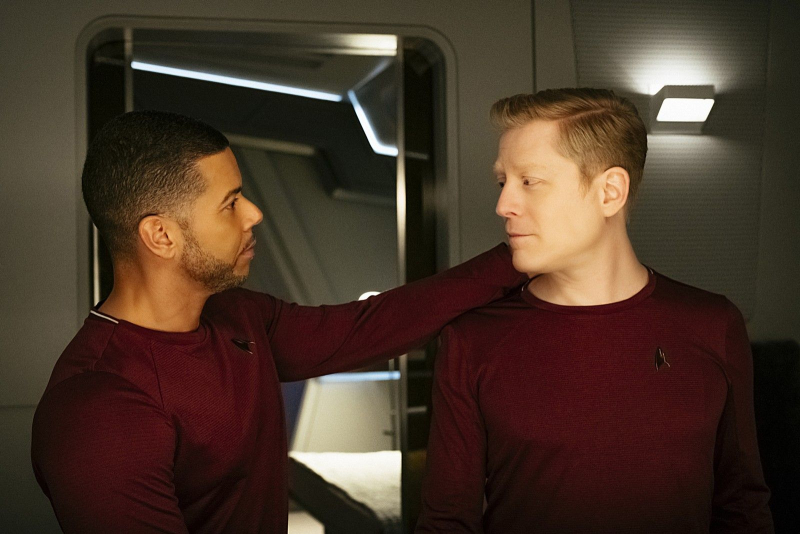 The gay white one lived. (Image via CBS)

... [O]n last night’s episode viewers were dealt a shocking blow when Culber was killed by Lt. Ash Tyler (Shazad Latif) when Culber discovered that Tyler was a Klingon sleeper agent and Tyler then snapped his neck.

“We knew that this was going to be shocking for an audience and for a community that has unfortunately been assaulted by this ‘bury your gays’ trope, but I’m an openly gay showrunner and my writing partner is nothing if not the most supportive person when it comes to LGBT portrayals on TV,” showrunner Aaron Harberts told Entertainment Weekly.

“We though it was going to take a little while for the audience to bond with them, get to know the characters,” he explained to CBS News. “We didn’t realize how this couple was going to resonate with audience, and they bonded so so quickly,” he said. “Our intention was to really start their story with what happens tonight.”

Seriously, who thought this was good optics?