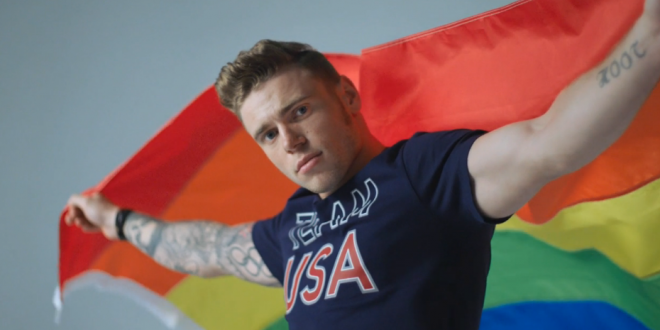 We're not Kenworthy! (Image via P&G)

TOWLEROAD: Imagining a shower with Gus Kenworthy just got a lot easier!

POZ: Ben Ryan files a report critical of amfAR over its Harvey Weinstein/Kenneth Cole scandal, a situation that threaten's the org's credibility and, Ryan suggests, impacts the race to find a cure for HIV. Now, many are demanding that Kenneth Cole resign from the board ... but will he?

More than just another pretty face (GIF via BBC)

THE RANDY REPORT: That sexy, glistenin' guy from Tonga who made the 2016 Summer Olympics that much more interesting has a fascinating, truly inspiring story about how he desperately struggled to qualify for this year's Winter Olympics — in skiing. Yes, he's from Tonga, but he trained himself and learned how to ski, worked with the existing rules, traveled all over the world and is ... going to South Korea! 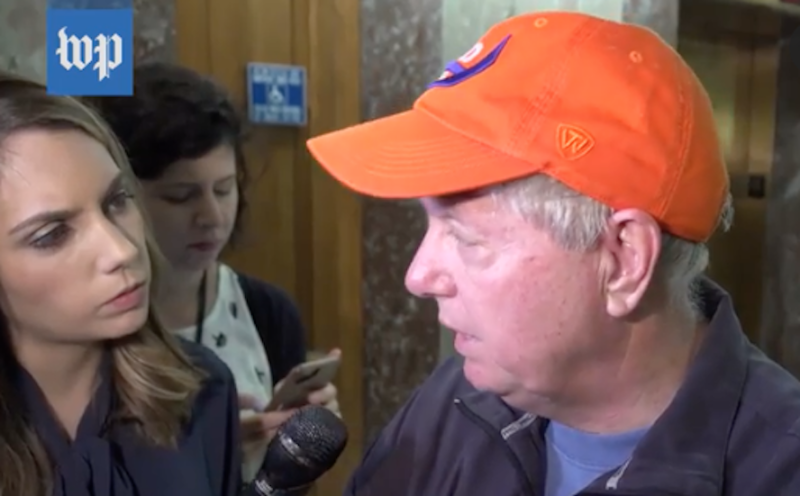 HUFF POST: Sen. Lindsey Graham (R-South Carolina) slammed slimy supremacist Stephen Miller Sunday night, telling the press he is an “outlier” who is impeding a deal on getting the government up and running again. 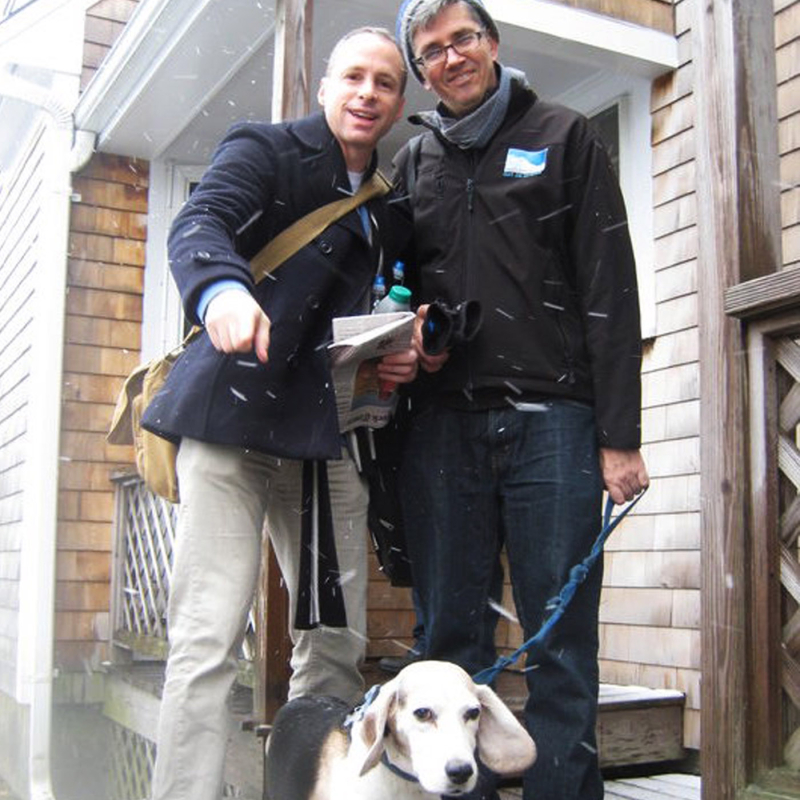 KENNETH IN THE (212): Kenneth's remembrance of the late Bob Smith.

NEWNOWNEXT: Cher's back in Vegas. Maybe the Fountains of Bellagio are the fountains of youth? Also:

I Can’t Really Tell,Your Ass Blocks Out The Sun pic.twitter.com/0tNaUjADjJ

THE HILL: Sen. Tammy Duckworth (D-Illinois) slammed Trump as a draft-dodger this weekend. She's one of the best. 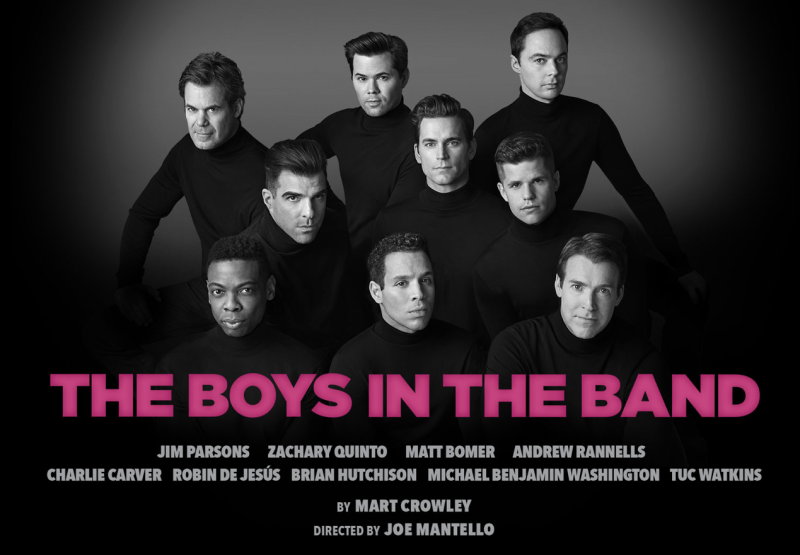 BOYSINTHEBAND: I can not wait for the new revival of The Boys in the Band. Such an important work of theater, so fraught with risks. Tickets are on sale now. 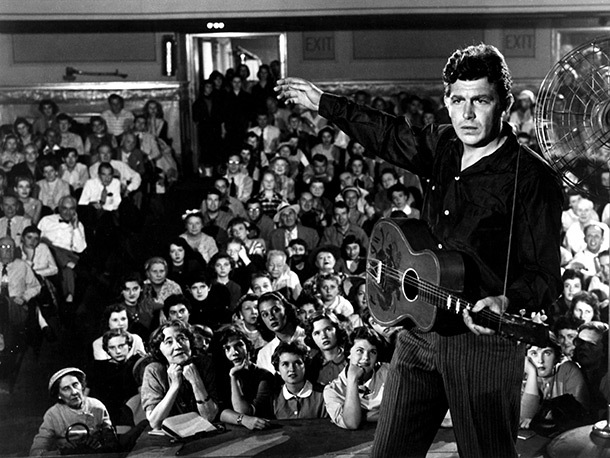 An empty suit without so much as a suit (Image via Warner Bros.)

GR8ERDAYS: The best thing Andy Griffith ever did wasn't his TV show, it was this prescient movie, which tells you everything you need to know about Trump ... even though it came out when he was just 10 years old. 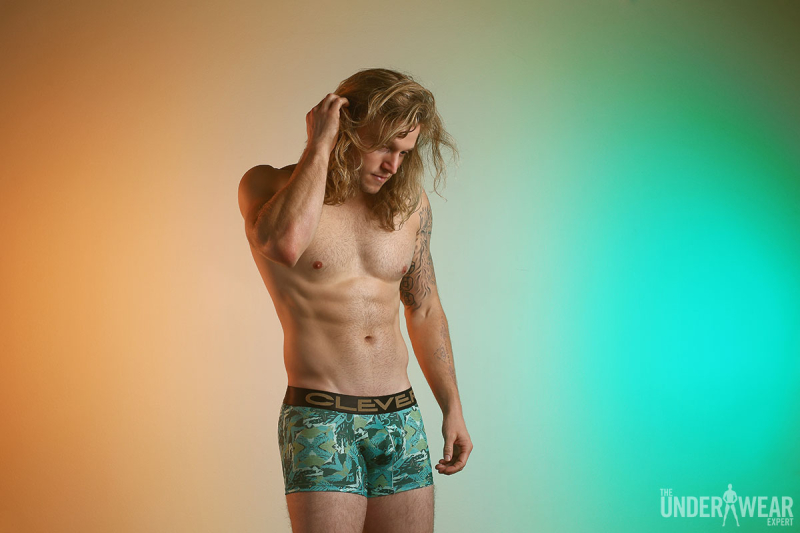 Blowing hot and cold (Image via The Underwear Expert)

THE UNDERWEAR EXPERT: It's a winter heatwave aka a bunch of hot dudes in their skivvies.

INSTAGRAM: Madonna took some of her presumptuous fans to task over the weekend for reacting to a photo of the diva in the studio with (highly accomplished) rapper and songwriter Starrah by suggesting Madonna was making another “urban-skewing” album, like Hard Candy. Say what you will about Madonna's Insta, she is right on here. People should not be reading much into one potential collaborator anyway, and saying her songs with Madonna would be urban in feel just because she's black is stupid. Didn't Starrah write “Swish Swish”?!