Above: Joe Putgnano straddles the line between good taste and tastes good. 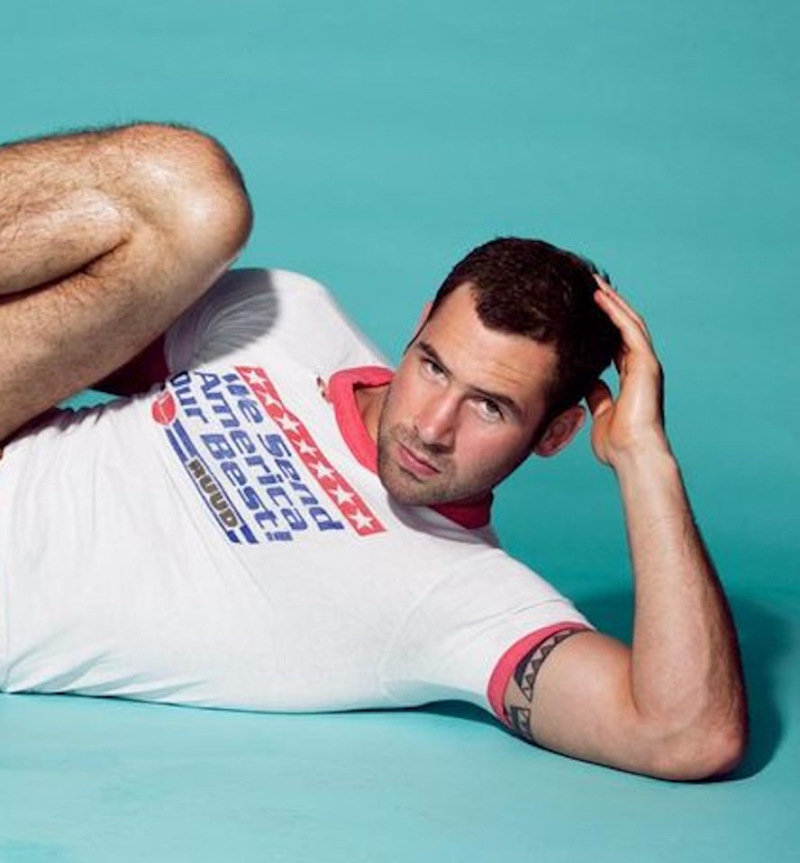 Steve Brockman when he was Ryan Stack (Image via Randy Blue) 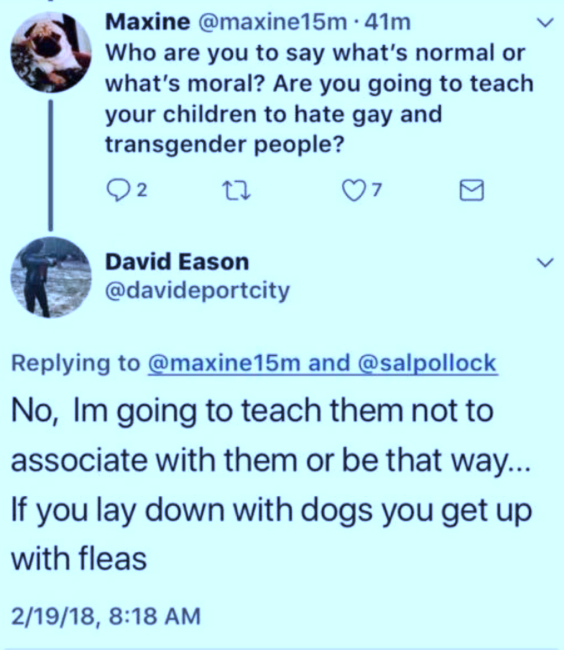 NYDN: Teen Mom's Jenelle Evans has a homophobic hubby, David Eason, who was just shit-canned by MTV for anti-gay comments.

GR8ERDAYS: Almost 40 famous names who would've turned 100 in 2018 — including one who just did and one who looks likely to make it. Billy Graham, who died right after I finished the list, just missed the mark.

BACK2STONEWALL: Focus on the Family, the infamous anti-LGBTQ hate org, is declaring itself a church to evade taxes and public disclosures. 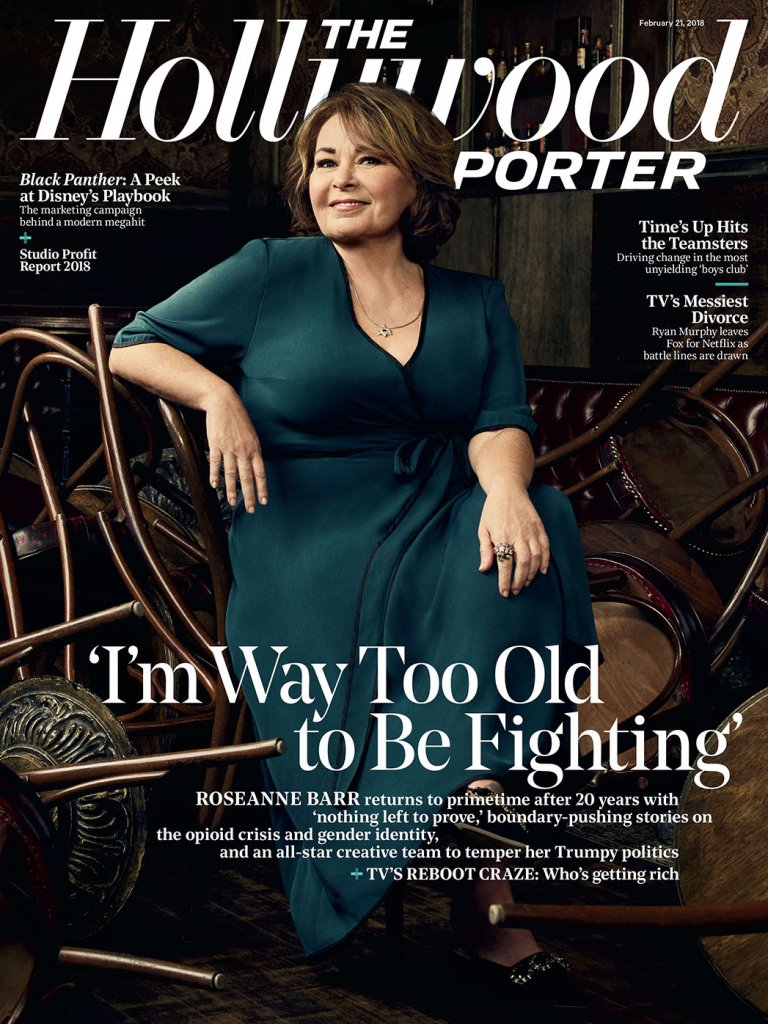 Is it possible to still like someone who was on your side, then defected? (Image via The Hollywood Reporter)

THR: If you support the Roseanne reboot, you're supporting her views. The show enriches her exponentially more than anyone else, and gives her a platform to say things like:

We got to have a Hillary slam.

Right, because you know that Hillary Clinton's always getting a free pass. P.S. The much-ballyhooed storyline about Darlene's son being gender-fluid is bullshit:

BARR Darlene's son is gender fluid, and we fought about that one for a while.

CUMMINGS The word, even. Is it "gender fluid"? "Gender nonbinary"?

GILBERT But he's not gender fluid; he just likes to dress in more feminine clothing is where we landed. 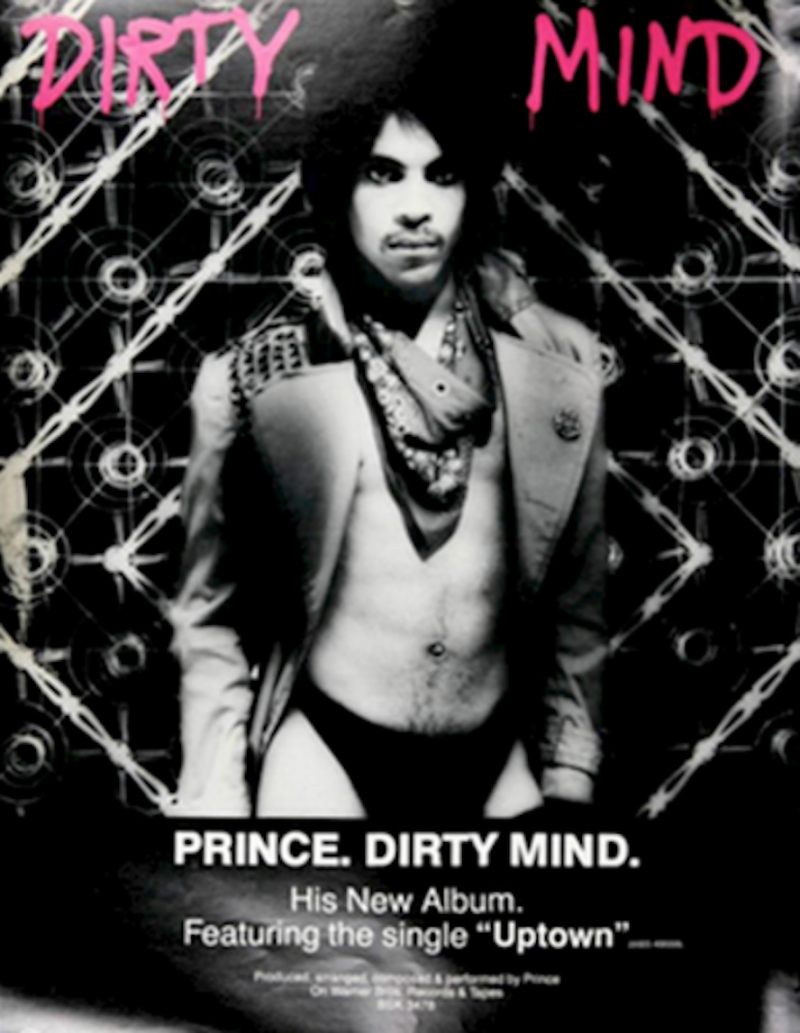 DIFFUSER: Almost 40 years of Prince magazine ads. Pretty cool — very much a post I would do for Madonna.

TWITTER: Oprah, George & Amal Clooney donate big cash to the March for Our Lives, organized by the survivors of the Parkland shooting. Also, check out Emma's Twitter and follow her — you know who she is:

George and Amal, I couldn’t agree with you more. I am joining forces with you and will match your $500,000 donation to ‘March For Our Lives.’ These inspiring young people remind me of the Freedom Riders of the 60s who also said we’ve had ENOUGH and our voices will be heard.