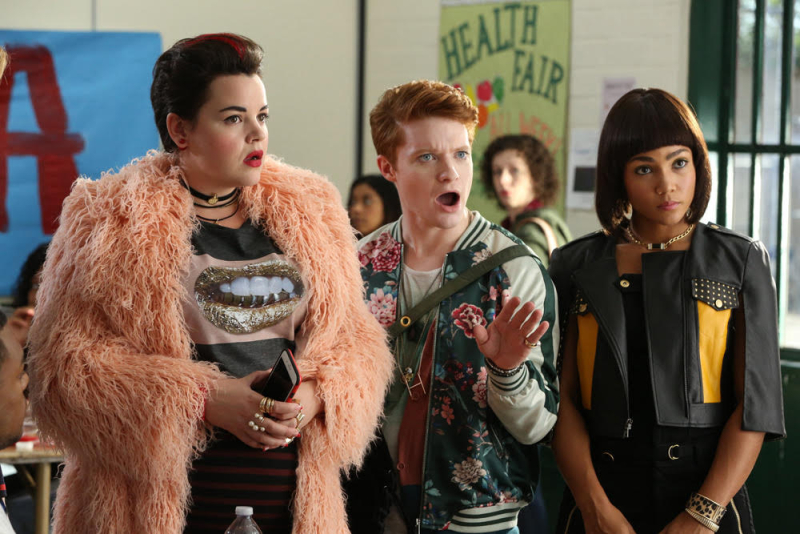 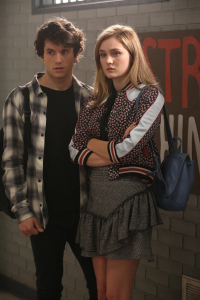 On Wednesday, March 7, at 10 p.m./9C, the Paramount Network will premiere its revamp of the '80s classic movie Heathers, this time updated and repackaged into series form.

Will be fascinating to see how a show about killing your classmates plays in this post-Columbine world.

Set in the present day, “good girl” Veronica Sawyer (Grace Victoria Cox) deals with a very different but equally vicious group of ‘Heathers.’  Heather Chandler (Melanie Field) is the unconventional leader of this popular high school clique and rules Westerburg High through fear, intimidation and amazing fashion sense. Heather Duke (Brendan Scannell) is Heather C’s #1 sidekick and harnesses the Heather’s power to destroy whoever he views as a total discount hobgoblin. Heather McNamara (Jasmine Mathews) is considered the nicest Heather in the group who lives in the shadow of the others. She’s hiding a dark secret that she doesn’t want to be exposed. JD Dean (James Scully) is the new boy in town with a dark side and sets out on a reckless path of destruction proving that no one, even his girlfriend Veronica is safe.

Keep reading for new featurettes on the ambitious undertaking ...

The original Heathers was released in the U.S. on March 31, 1989, with a budget of $3 million. Shockingly, it only made a third of that at the box office in spite of critical raves and a 1990 Independent Spirit Award for Best First Feature.

The cast fared better: Winona Ryder, Christian Slater and Shannen Doherty certainly did well for themselves.

It has gone on to become a beloved and influential feature — one whose fans have been pushing back against this remake, in spite of Doherty's involvement.