Above: Those sweats, though. 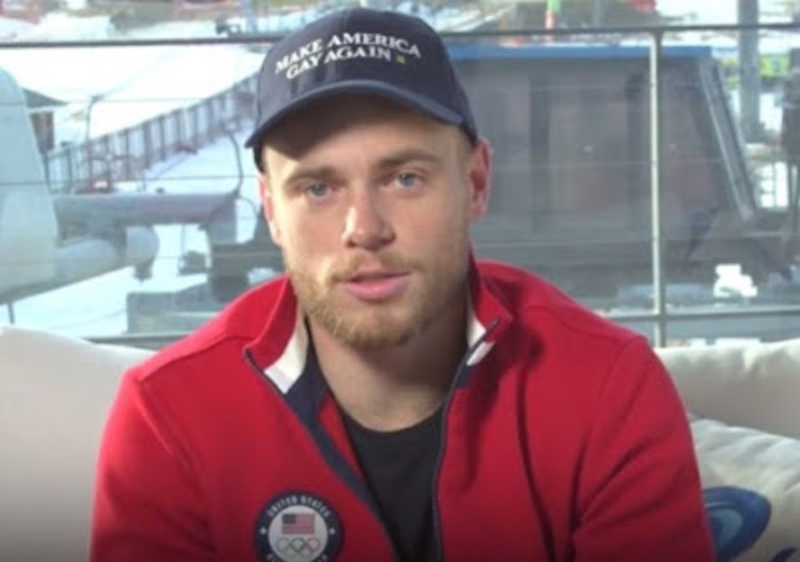 KENNETH IN THE (212): Gus Kenworthy definitely has Trump's attention with his MAKE AMERICA GAY AGAIN cap! 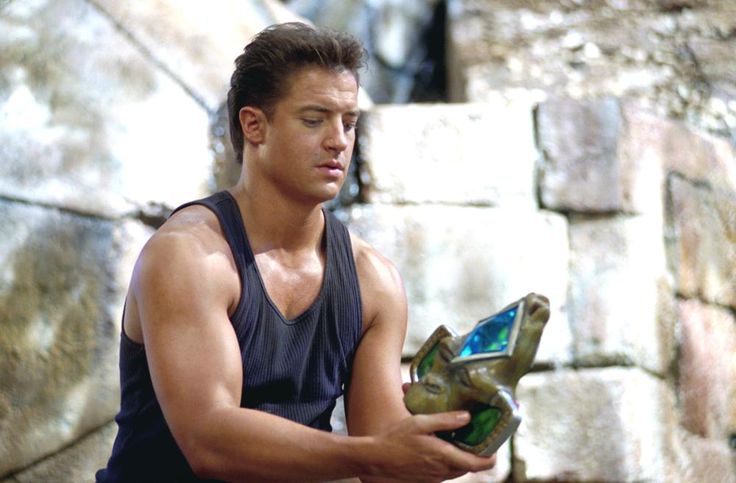 Brendan Fraser blames the impropriety he endured for his sinking career. (Image via movie still)

DLISTED: Brendan Fraser recounts allegedly having his ass grabbed — and crack fingered — by a former HFPA head. The accused, Philip Berk, admits to at least pinching Fraser's ass, but calls the rest a lie. Fraser says the groping led to a career slump due to how deeply it affected him.

TOWLEROAD: David Mixner's thoughts on gun control — he thinks the young people will be our saviors in this battle. I agree! 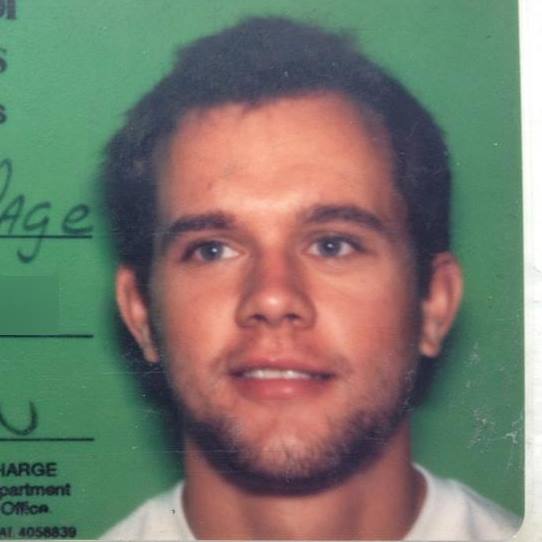 What a douche! (Image via Mark Allen)

FACEBOOK: This long, witty story by former go-go stud Mark Allen is so worth reading for the laughs, the cringes and for the image of him eagerly preparing himself to get thoroughly and enthuasiastically fucked.

NBC NEWS: Bermuda became the first jurisdiction on the planet to reverse same-sex wedding rights. Who's next?

THEM.: Denying gay men insurance because they're on PReP is a thing?!

NYT: There was an armed deputy assigned to the school shot up in Parkland, Florida. Guess what he did when Nikolas Cruz opened fire? He took cover outside and did ... nothing.

FACEBOOK: UK Labour leader Jeremy Corbyn sat down with Gay Times and with the podcast Homo Sapiens (Will Young, Chris Sweeney) to talk about Trump, about gay controversies in the UK and about whether UK schools should teach same-sex ed:

HUFF POST: Missouri's Republican Gov. Eric Greitens has been indicted on a charge of invasion of privacy, after previously having been accused of blackmailing a woman he had an affair with using intimate photos.

YOUTUBE: The director and stars of Every Day, including Disney star Debby Ryan, speak out about their belief that it really does get better:

More info on the film:

Orion Pictures will release Every Day on February 23, 2018. Based on David Levithan’s acclaimed bestseller, Every Day tells the story of Rhiannon, a 16-year old girl who falls in love with a mysterious soul named “A” who inhabits a different body every day. Feeling an unmatched connection, Rhiannon and "A" work each day to find each other, not knowing what or who the next day will bring. The more the two fall in love, the more the realities of loving someone who is a different person every 24 hours takes a toll, leaving Rhiannon and “A” to face the hardest decision either has ever had to make.