Above: This evil child has the gall to wear a DAD BOD shirt.

Did Quentin try to kill Uma? (Image via Miramax)

EXTRATV: I'm not naive, but it does surprise me that Uma Thurman, even after being a bona fide star, was coerced into performing a clearly dangerous stunt — something that has cost her part of her physical well-being forever — by Quentin Tarantino, someone I always saw as her artistic co-creator. It's a very disturbing story. She's also talking candidly about being assaulted by Harvey Weinstein, but her story is unique in that she connects the dots between her victimhood, feelings of shame for being in any way complicit by not speaking out and, of course, being iconically linked to her attacker and to the man who has called her his muse.

BACK2STONEWALL: An anti-gay church has bought Toledo's oldest operating gay nightclub, the Bretz. They deny they forced the club's closure, but it must be satisfying knowing they're replacing something they despise. 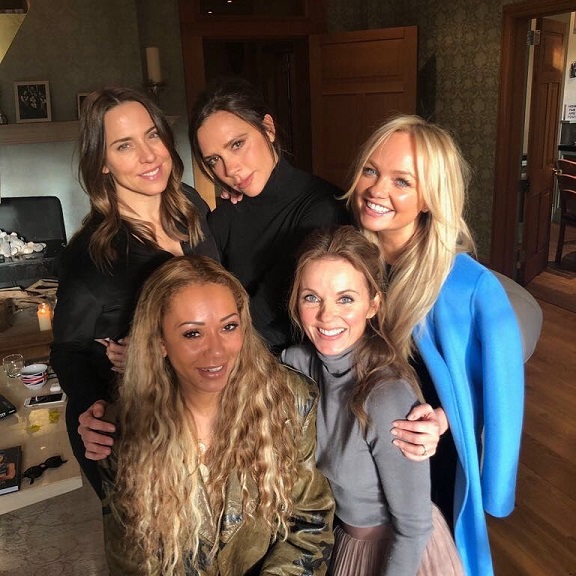 OMG BLOG: All 5 Spice Girls confirm they've reformed and are working on new projects, which is not what I really, really want, but I'm happy for their fans.

WATCH: @startrekcbs star Anthony Rapp (@albinokid) responds to the outpouring of support he has received by encouraging others to come forward and share their stories. #EverybodyTalks #MeToo pic.twitter.com/9fBrWku9jQ

THE TALK: Anthony Rapp is very brave. His story was hard to tell, opened him up for mockery and criticism and doubt, and yet his motives seem unimpeachable. In his first interview since the explosive allegations, he says he was just trying to help others who could continue to become victims of Spacey. HUFF POST: The White House has withdrawn its nomination of Kathleen Hartnett-White to lead the Council on Environmental Equality because the former Texas regulator is absolutely batshit crazy. She has no grasp of science and is a conspiracy theorist. Therefore, in spite of being qualified to work for Trump, even Trump thought she was too much.

DLISTED: None of us looks as good as we did in our twenties, but how the hell is this mug shot Jeremy London?! (Plus, he was arrested for domestic violence, ugh.)

NBC NEWS: Reince Priebus seems to be awkwardly trying to cover for Trump's treasonous acts. He's absolutely terrible on TV. He is the personification of flop sweat:

DNC: If Democrats show up in November, it'll be a blue wave. Help them show up.

THE NEW YORKER: Photographer Peter Hujar died of AIDS in 1987, but not before shooting some truly amazing images, including that famous shot of Candy Darling on her deathbed, and a slew of images of New Yorkers that represent the best of streeet photography. He shot animals, he did portraiture, he shot in the catacombs of Palermo — and he developed everything himself. Check them out in NYC at the Morgan Library & Museum.

USA TODAY: There is no question that Rose McGowan has been through a lot, but she really needs to not be out promoting a book in which she continues to commend herself for being brave and going on and on about topics sane and insane. It's no good for her. Now, she's canceled her public appearances after being called out for anti-trans comments (and the person calling her out has been called out as an alleged pedophile — Jesus, it never ends! P.S. I'm not linking to random tweets from unverified people) and reacting very, very badly to it. She's also now saying she was raped at 15 by a famous man, but won't say who.

CNN: Lana Del Rey's stalker was arrested. Watch his loony video, in which he posits that the '80s were a better time and discusses getting together with the women he has been charged with attempting to kidnap: