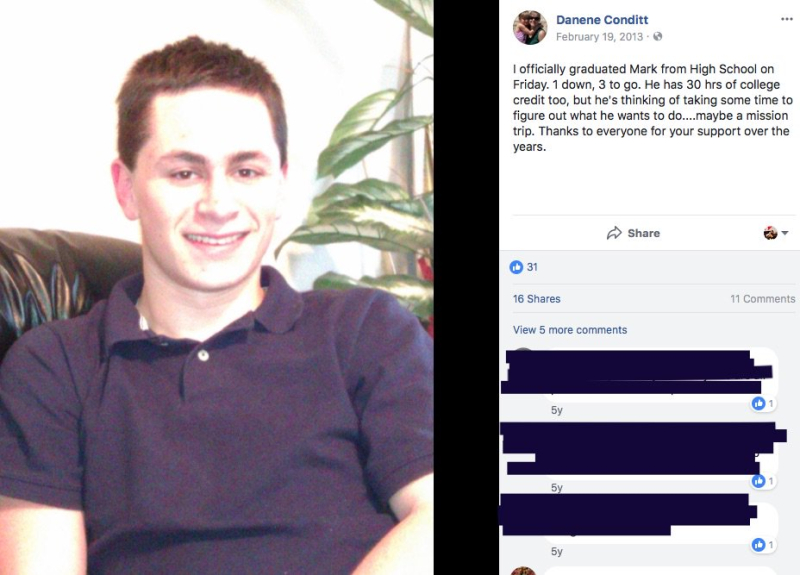 Mark Anthony Conditt, 24, of Pflugerville, Texas, has been identified as the suspected Austin bomber — and he blew himself up when confronted by police ...

Conditt — seen above in a Facebook post made by his mother at the time he finished home schooling — apparently used a disguise when mailing explosive devices from a FedEx center.

Officials have said he used foreign and “exotic” batteries ordered online from Asia. There is still no indication where he would have acquired the skills necessary for making incendiary devices, but he had no military background.

Cops zeroed in on him using his trail of receipts, plus FedEx surveillance video and cellphone records:

Convinced that this was their man, police worked quickly. Late Tuesday night they used cell phone technology to track Conditt to a hotel in Round Rock, about 20 miles north of Austin, according to the American-Statesman. There, they spotted the vehicle witnesses had told investigators he was driving.

Police and federal agents surrounded the hotel but didn't move in immediately. Since they were dealing with a suspected serial bomber, they wanted backup.
“(We were) awaiting the arrival of our tactical teams because we wanted to have ballistic vehicles here so we could attempt to take this suspect into custody as safely as possible,” Austin Police Chief Brian Manley said in a news conference early Wednesday.
They were still awaiting the arrival of those teams when, some time later, Conditt took off in his vehicle. Police followed him as he drove on the service road along I-35, whizzing by the various restaurants, gas stations and hotels. Then the vehicle came to a stop in a ditch. A SWAT team cautiously approached.
Boom! Conditt detonated a device inside his vehicle. The blast from the explosion knocked down and injured one officer, while another fired a shot at the suspect.
Conditt, who suffered “significant injuries,” died in the blast.

No motive is yet known, but the killer was white and all of his victims were black or Hispanic. UPDATE: TMZ reports that Conditt made his feelings about homosexuality and abortion known in a series of blog posts, writing: 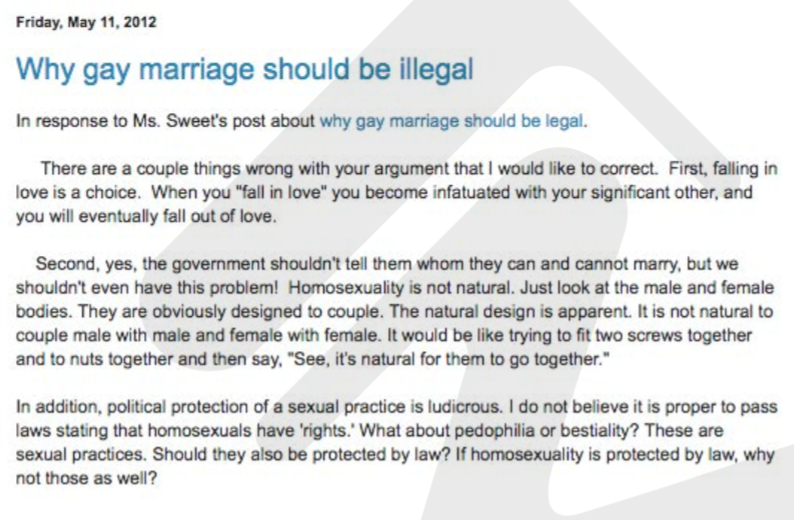