Cincy Pastor Going On Trial For Being Gay Comments (0) 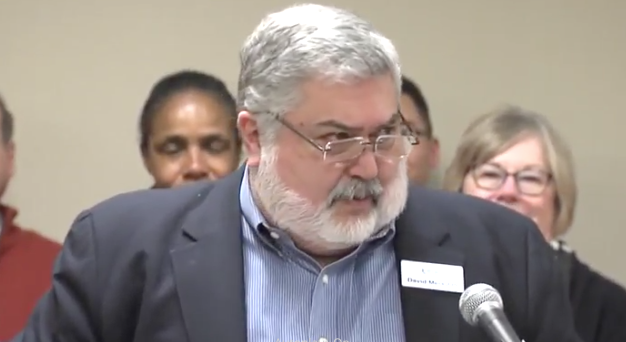 Cincinnati pastor Rev. David Meredith has served the Clifton United Methodist Church as an out gay man for six years. The church itself had welcome gay people as of 1998.

But now, Meredith is going to be going on church trial for being gay and marrying a man in 2016 ...

Via WCPO: Meredith's wedding to Jim Schlachter caused 11 of his church members to write to the bishop of UMC's West Ohio Conference to have him declared unfit to serve.

Because of that, in October 2017, the Committe on Investigation for the West Ohio Conference of the United Methodist Church dismissed charges (charges!) that he lived immorally and couldn't be ordained, but they still just heard an appeal and could still hand out punishment.

Organized religion at its finest.