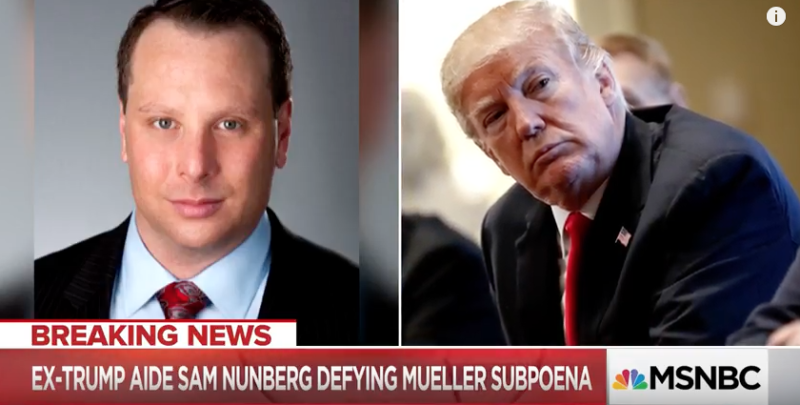 Sam Nunberg, former Trump campaign aide, was subpoenaed by Robert Mueller — and he's claiming he will refuse to comply!

Even wilder, Nunberg gave a rambling interview today in which he said Trump planned to endorse Hillary had he lost the Republican primary, says Trump “may very well” have done “something” with Russian during the election, Carter Page did collude with the Russians and it would be “really, really funny” if Mueller arrested him ...

The interview is UNHINGED:

The ‘do you think I’m going to jail’ at the end of this clip is kind of heartbreaking pic.twitter.com/xdpY8S4WSB