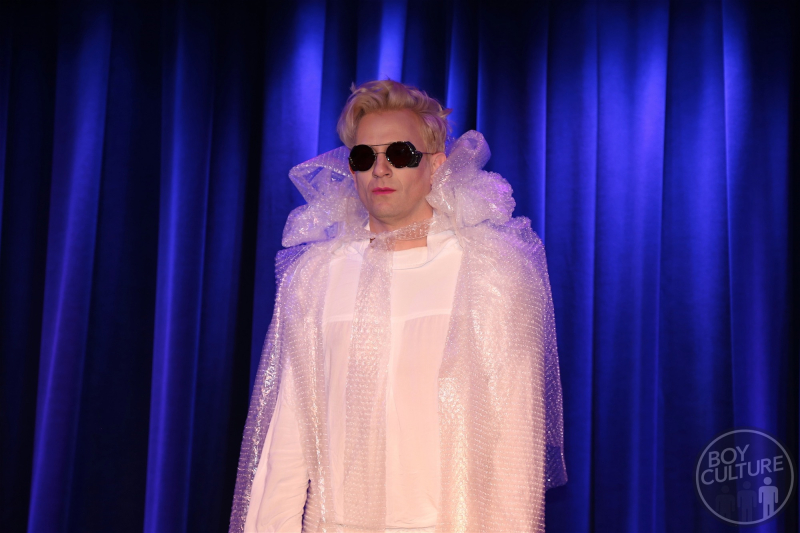 Buffy the Vampire Slay, queen! (All images by Matthew Rettenmund)

Tom Lenk is here all week, and so is Tilda Swinton.

It's arguable whether he's impersonating her or it's Tilda herself, possessing him Exorcist-style, in the Tilda de force Tilda Swinton Answers an Ad on Craigslist at the Laurie Beechman through March 25 ... 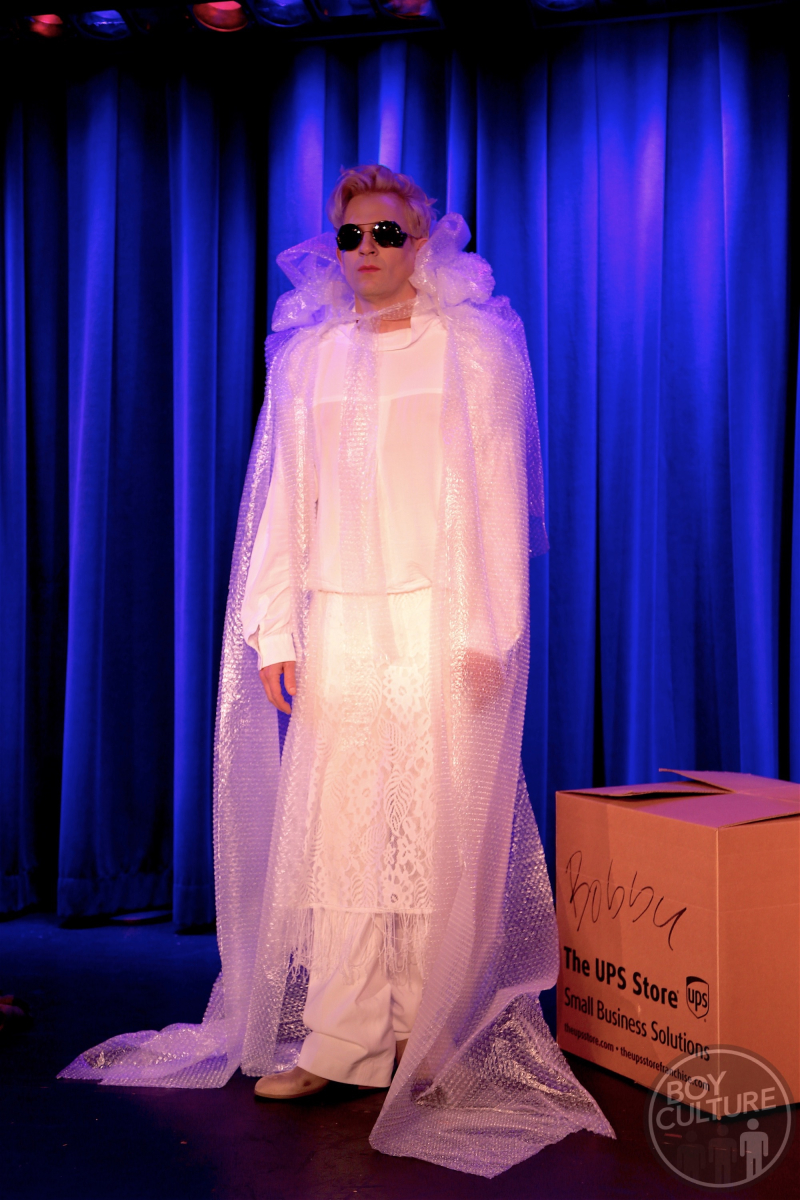 Lenk works that bubble-wrap coat so well he should get an honorary RDR All-Stars crown.

The farce, written by Byron Lane (who also stars), allows Lenk to embody 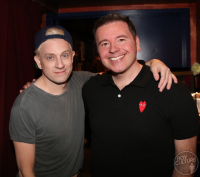 not the real Tilda Swinton but a hysterically absurd logical extension of her, a creature at once cool, kooky, serially iconic, genderless and not of this world.

In a way that is reminiscent of Drew Droege's Chloe Sevigny without simply repeating it, Lenk is so deep into his characterization you can squint and forget it isn't Tilda up there, announcing that she was in the movie Die Hard — “As Christmas.” — or in the movie Death Becomes Her — “I was the entire cast.” 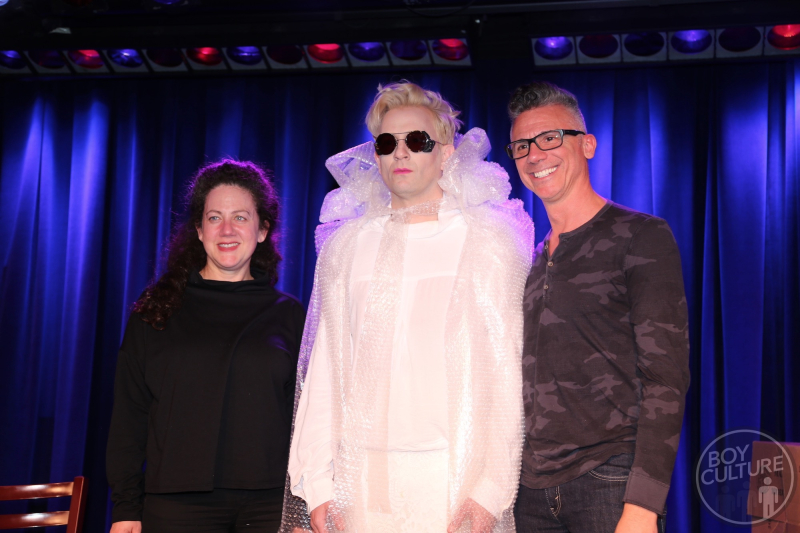 The set-up involves a suicidal young man (Lane) — dumped by his late-blooming boyfriend (Mark Jude Sullivan) — besieged by Lenk's Swinton, who seeks to study him in order to inhabit him for an Oscar-winning performance in her next film. Problem is, her impression of him is so disastrous he can only forestall the inevitable while working through his issues with the boyfriend, his vacant dad (also Sullivan) and his harridan of a mom (Jayne Entwistle). 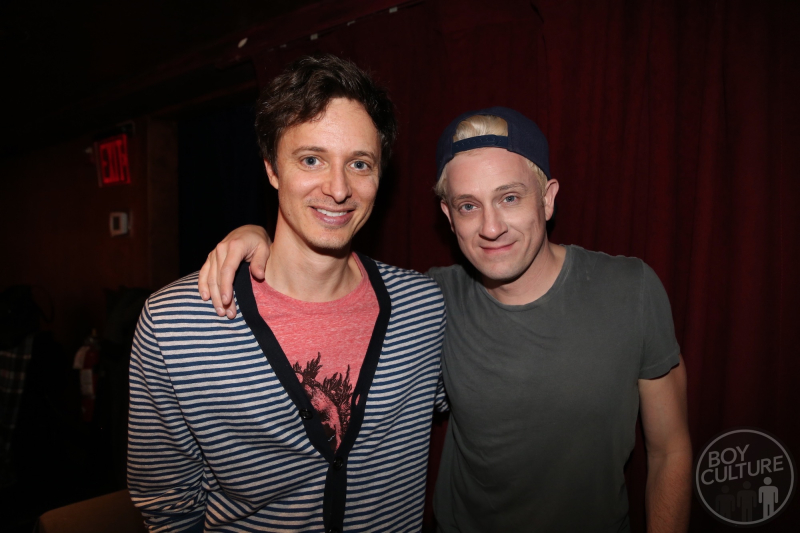 Lane & Lenk were warm to well-wishers once Tilda left the room.

If you're a child of the late '80s and the '90s, as many in the audience would be for a show starring a Buffy the Vampire fave, you'll love the references. If you love Swinton, you'll be grinning ear to ear at the references to so many films from her oeuvre. But the show's cerebral sense of humor will please anyone attracted to that title, and Lenk's outrageous ad-libs will have you rolling in the aisles and wondering what Swinton herself would think ... and how she would communicate it.