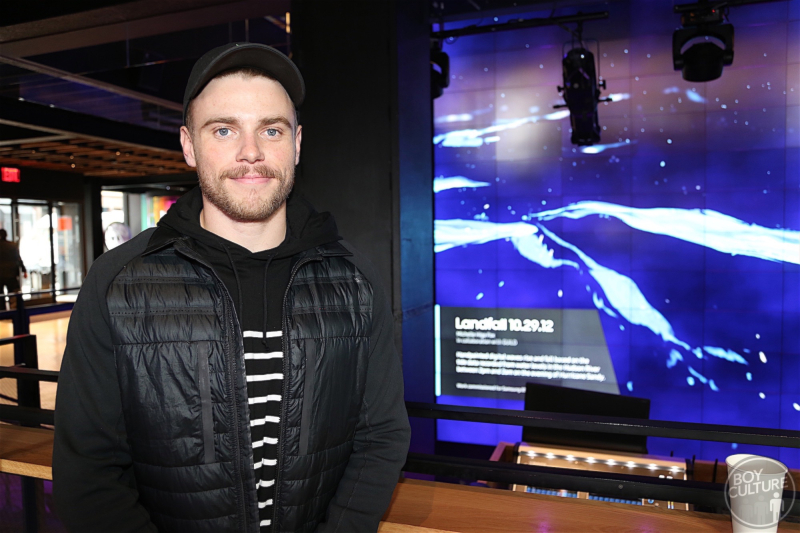 Gus before the event (All images by Gus Kenworthy) 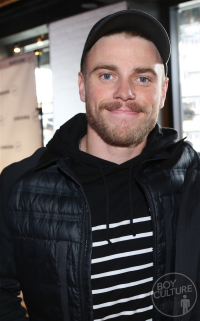 My pal Mark Greeno kindly alerted me to a Gus Kenworthy event moments before it was happening, so I tore down to Samsung 837 in the Meatpacking District to see what was happening.

Gus is a rare gay guy who talks about skiing some slopes without it meaning drugs, and he's also — as expected — 100% sweet. The event was messy! I arrived and got several different answers as to where to stand and what to do. I was even mistaken for Samsung staff and handed an official wristband IDing me as such. Okay!

Eventually, things became more clear, and Gus did a quick walk-through past us. I introduced myself (his boyfriend Matt Wilkas is currently attached to star in the Boy Culture Web series)

and took some snaps of him with a few superfans, including a couple of guys who didn't look too shabby, even next to Gus! One guy, who later told me the day was one of the highlights of his life as a gay man and as an athlete, wisely had Gus sign some skis, which he happily did. 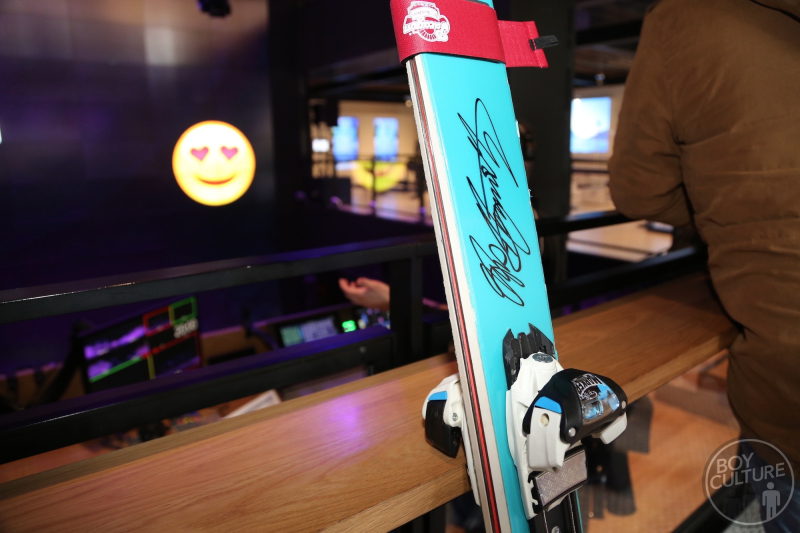 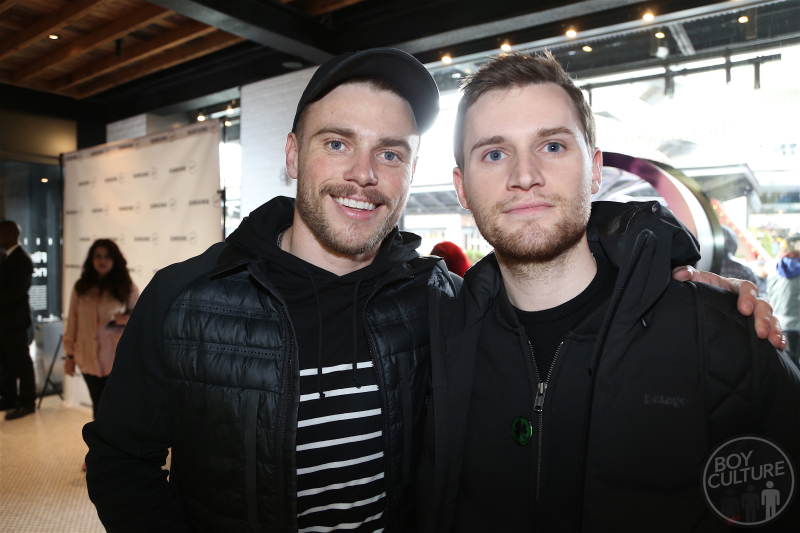 Early birds getting the worm

We were escorted downstairs for the event to begin and it went smoothly once underway, with Gus and BMX wiz Nigel Sylvester answering some generic questions about technology and social media and the lke before the moderator kindly opened things up for questions. 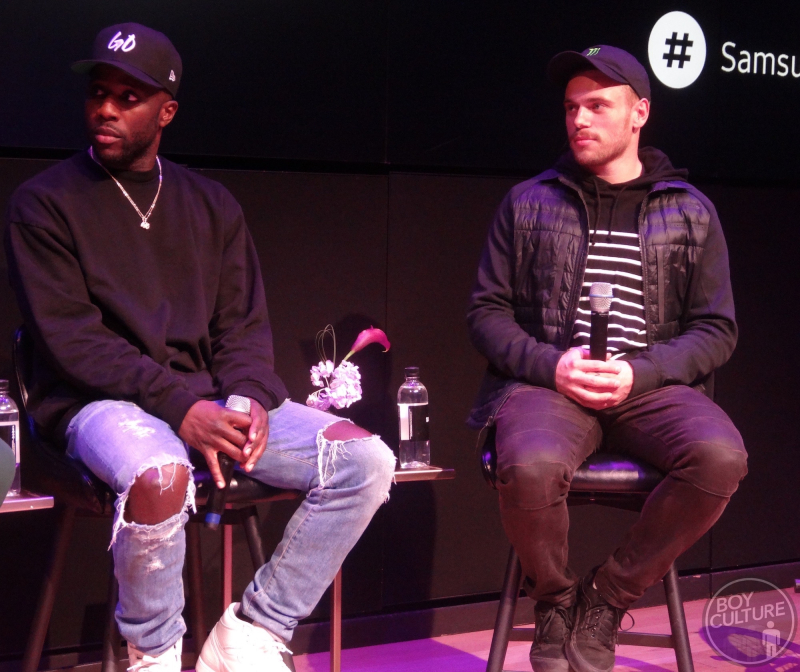 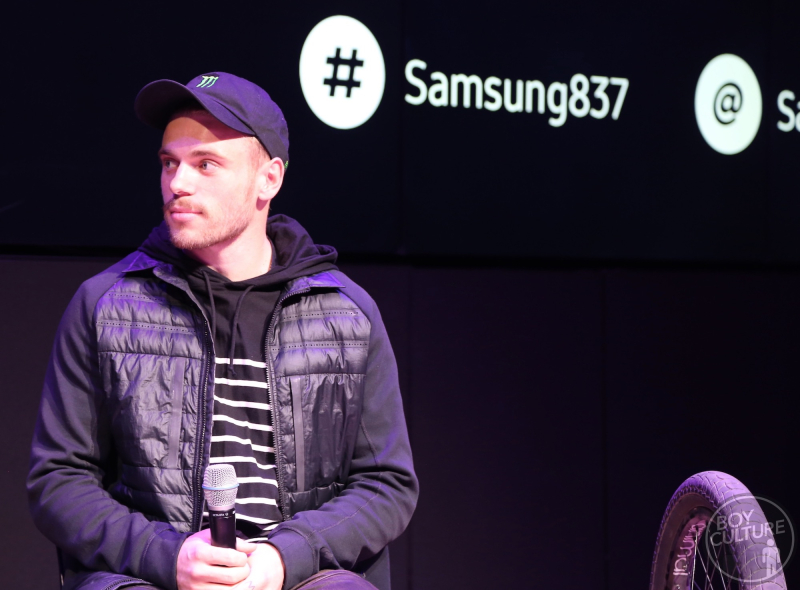 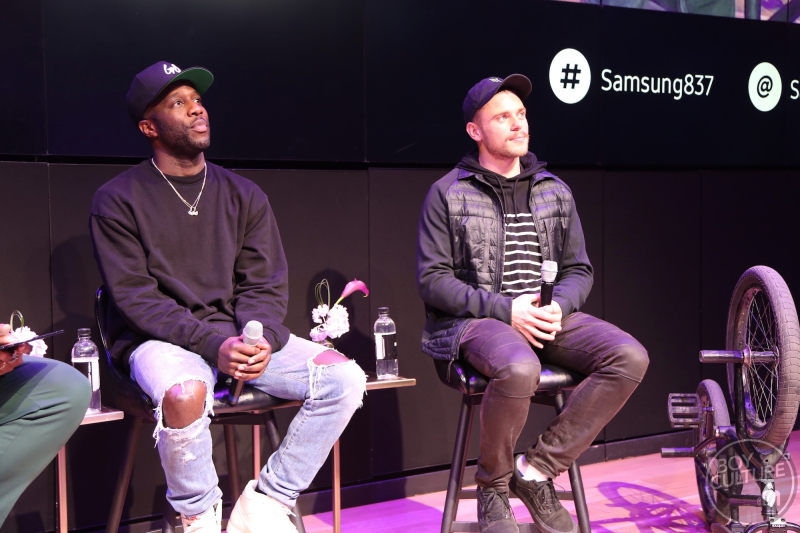 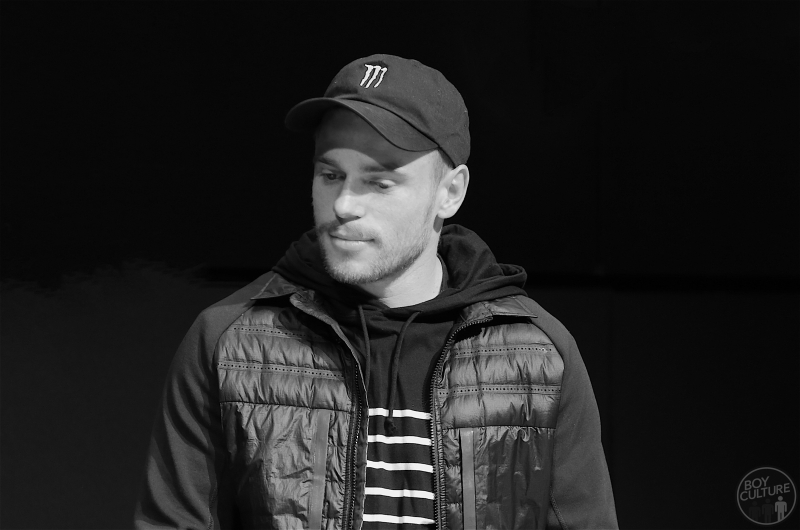 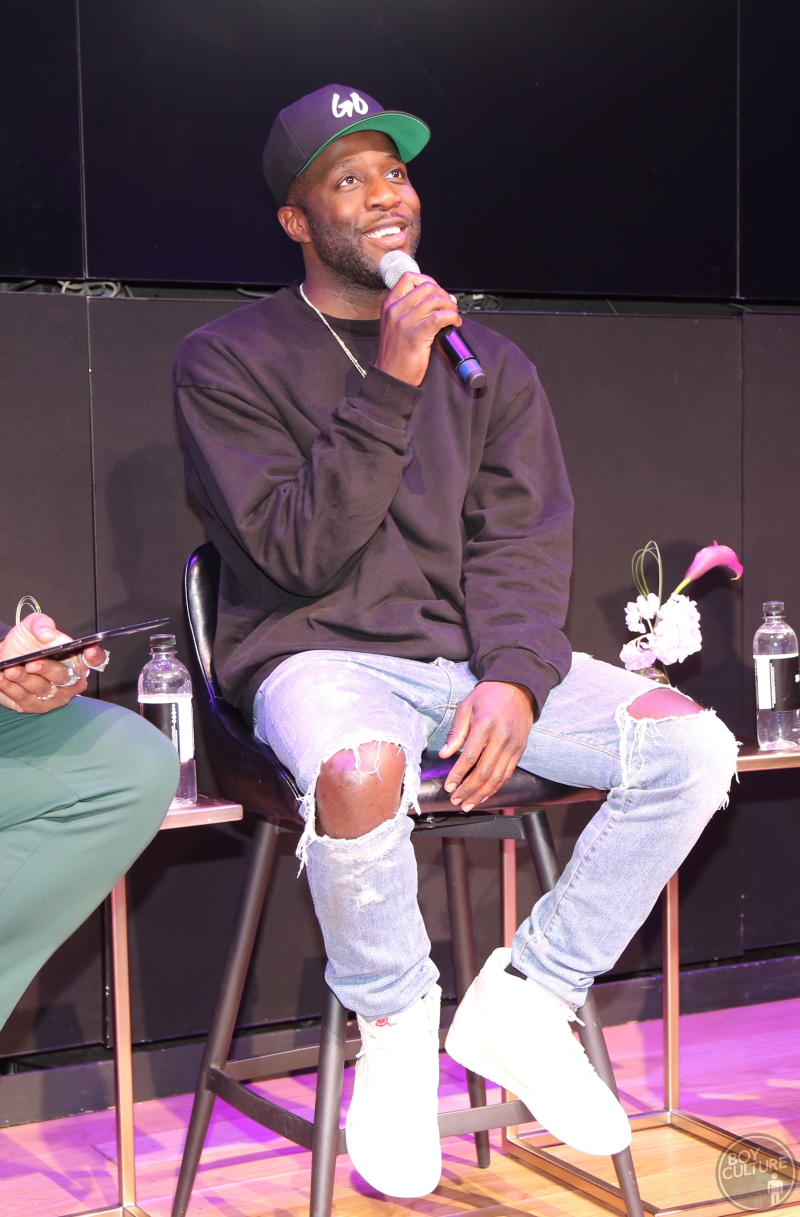 Nigel & Gus were good interviews, and both said they embrace positivity but also speak their minds.

Gus was a riot. He answered seriously but got loose quickly, joking when the questions went from all for Nigel to all for Gus, and giving a hilarious reply when asked his feelings about this season of RuPaul's Drag Race All-Stars. Spoiler alert: He said everything I said regarding how well Kennedy did in the finale, and was as surprised as many others that Trixie Mattel won. But he also made sure to give Trixie props, and to deliver his opinions with a swish to soften the blow. (I'm posting that video with Splash News, while the rest is free below.) 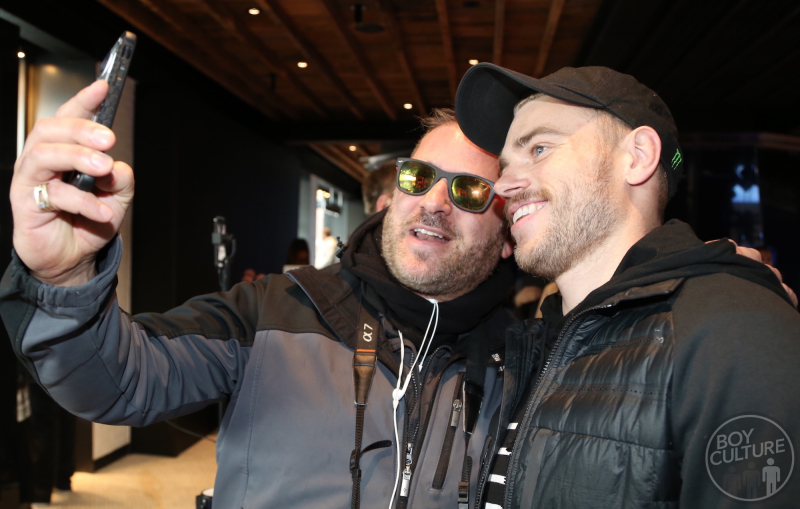 After, Nigel — who seemed pretty nice himself and talked about being name-checked by JAY-Z in a song —  took off, but Gus stayed to give everyone who asked for them autographs and pics. Because of my status as an old guy with a nice camera and a Samsung wristband, I sort of took over, taking snaps for anyone who wanted back-up shots and trying to help Gus's very, very nice PR person usher fans through quickly. 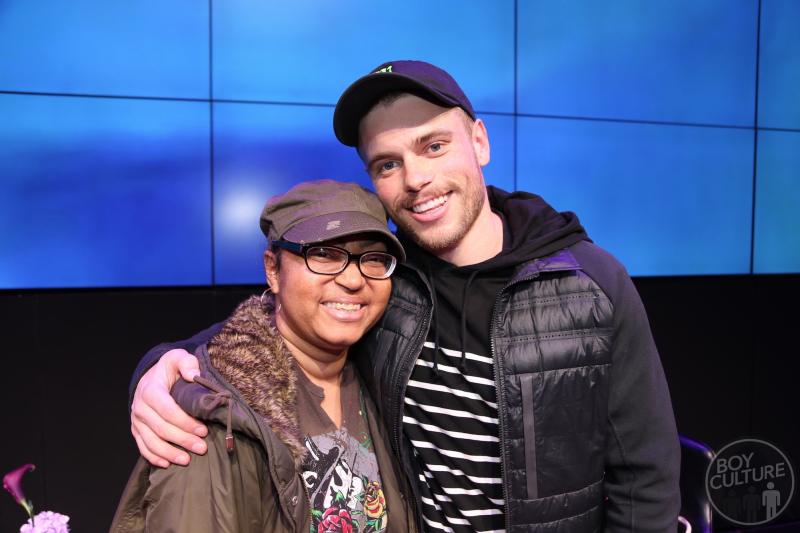 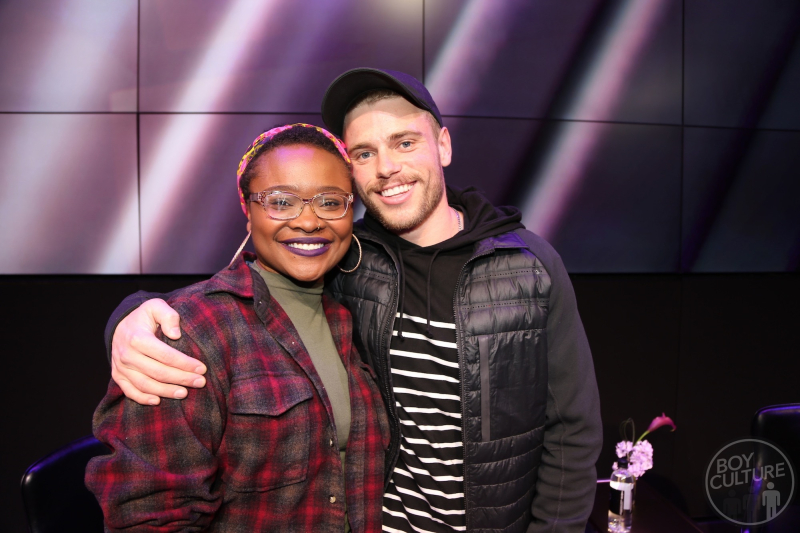 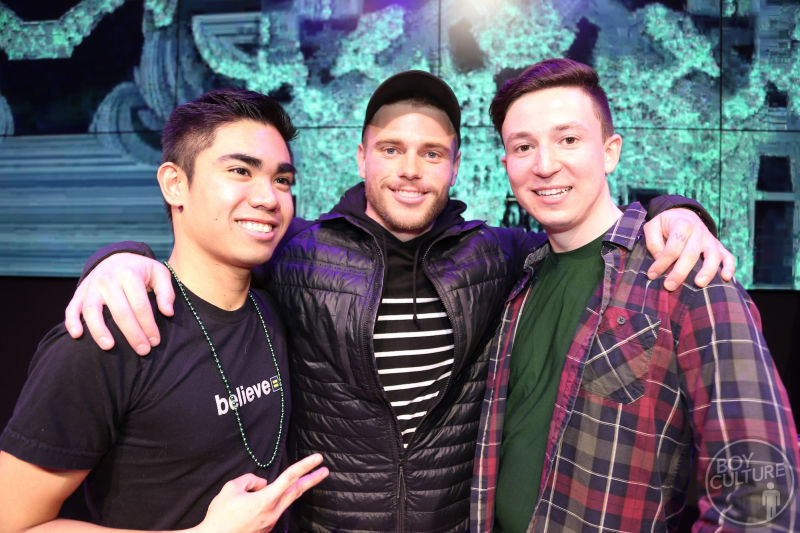 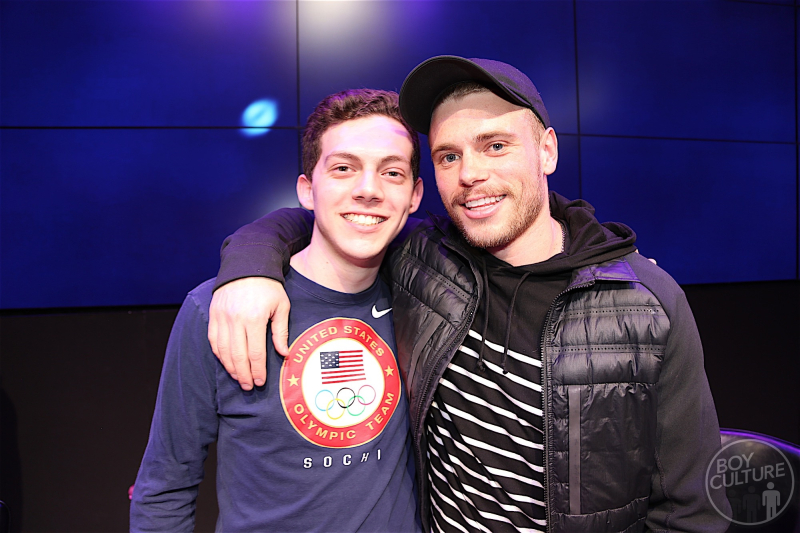 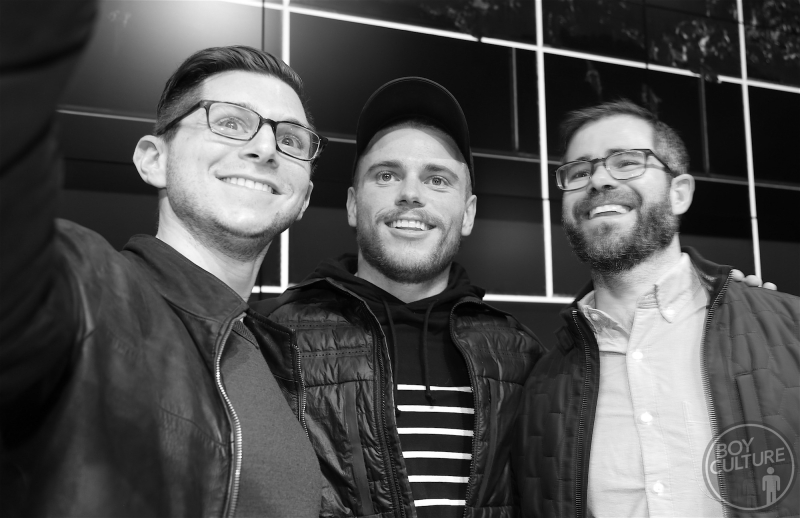 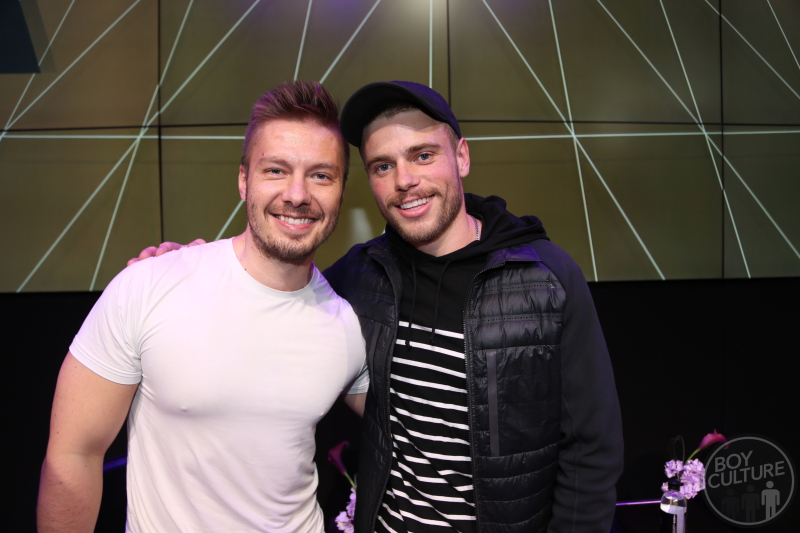 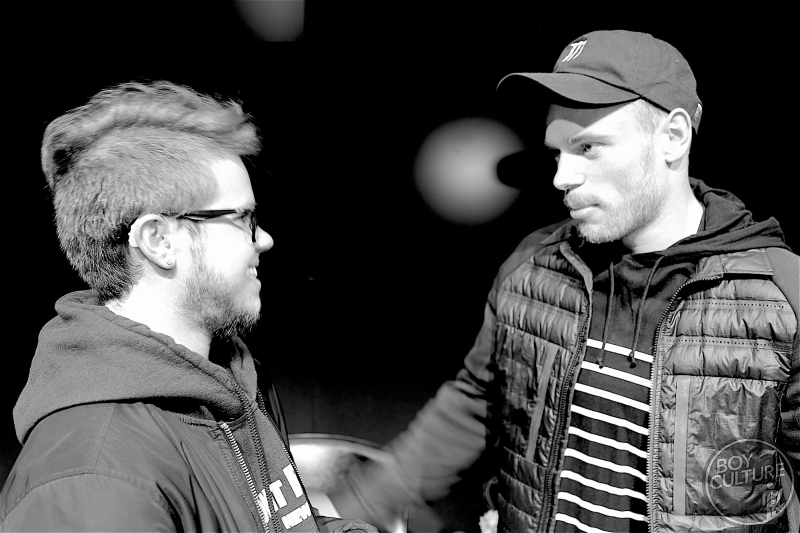 Gus was excited with every fan, listening intently and saying, I would guess, exactly what they each hoped to hear.

My only complaint (other than the soft, yellow lighting that overwhelmed my flash here and there) is Gus should've just stayed seated and done the photos Santa-style. 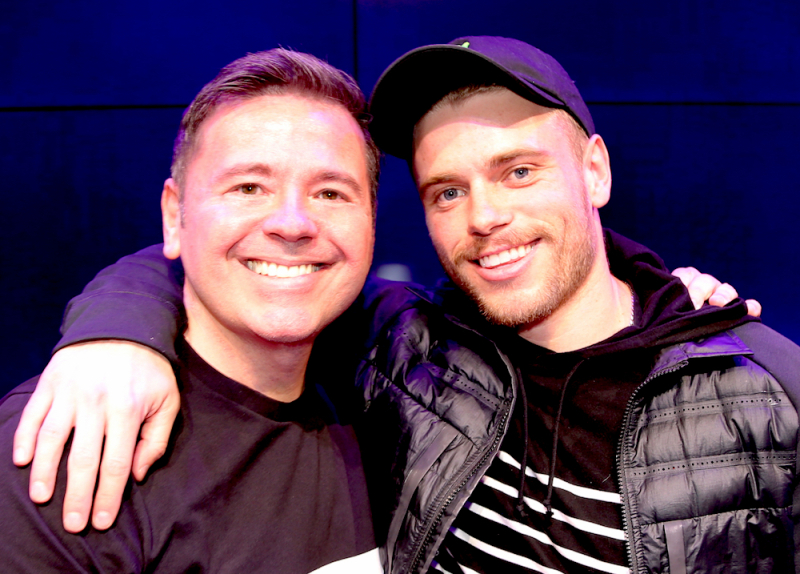 He apparently has a soft spot for guys named Matthew, which works out great because ...