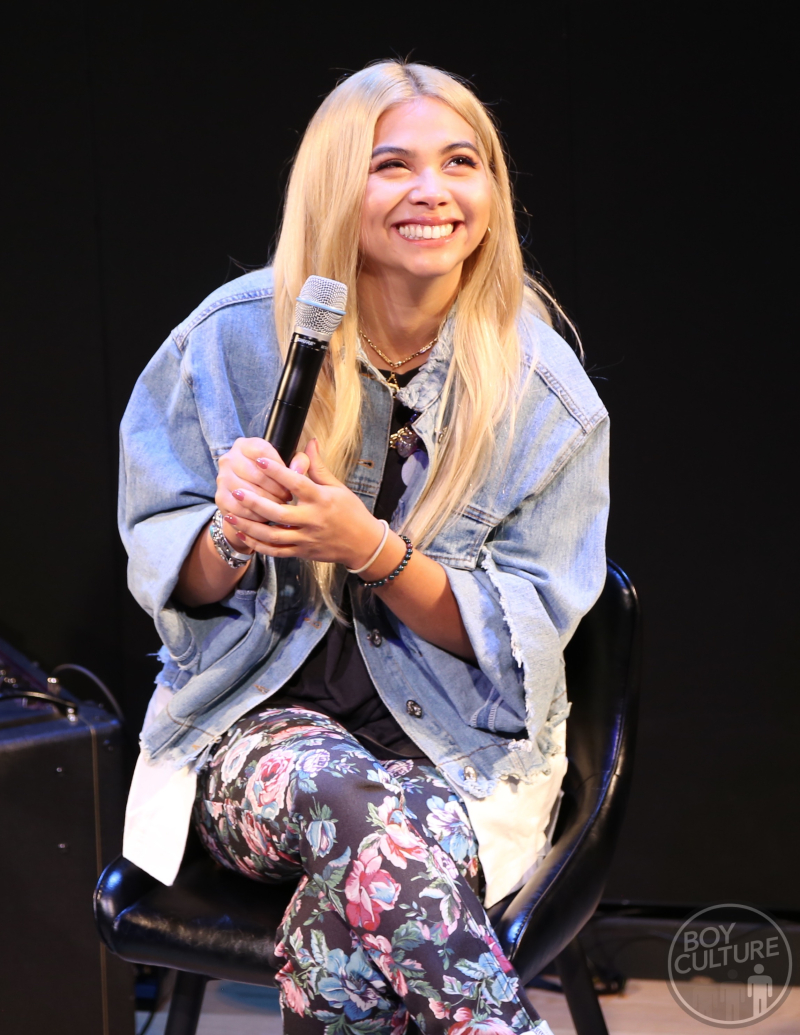 This must be a very happy birthday (27) week for pop singer Hayley Kiyoko, who

today releases her long-awaited debut album Expectations (Atlantic), especially compared to that birthday a couple of years back, when she suffered a debilitating concussion.

Speaking through tears at a Samsung 837 Q&A Thursday evening, the down-to-earth diva, who made sure to acknowledge all the fans hanging over the banisters to see her from two floors up, said that health setback made her extremely grateful for everything good that is happening for her now.

Including being dubbed “Lesbian Jesus”:

When I was growing up, I sat with my friends Mike Ashton and Eric Olson in Mike's house watching Boy George crooning “Do You Really Want to Hurt Me?” on MTV, and we awkwardly discussed whether “it” was a guy or a girl. We probably also bought the notion that George wasn't really gay, just playing a part, even when he notoriously said on live TV that America “knows a good drag queen when it sees one.” 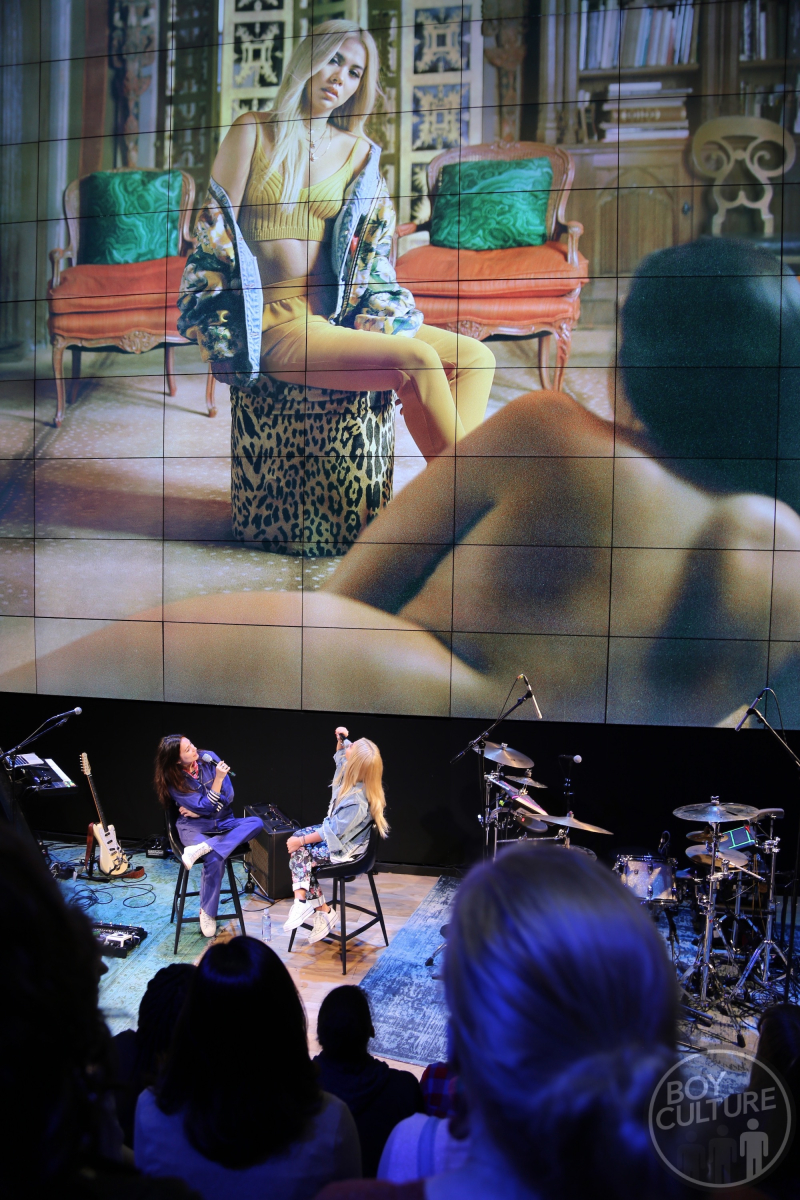 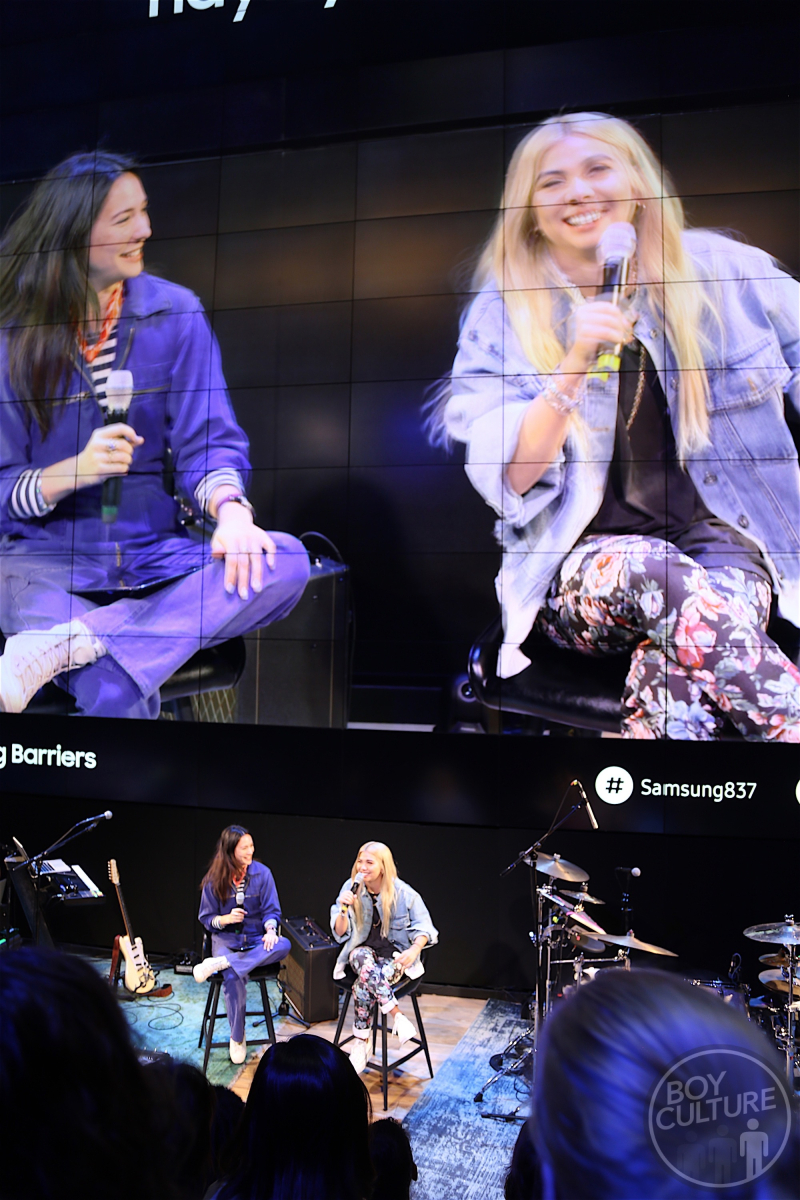 Kiyoko's album cover is an interesting look at the sexual gaze.

Flash forward to 2018, and that all feels quaint. Kiyoko, who came to prominence as one of the stars of the Disney Channel Original Movie Lemonade Mouth (2011), is openly gay, is writing about how “Girls Like Girls,” and told the packed crowd at the Samsung listening event that it was hard to pick her celebrity crush because “I love women.” (She went with Alicia Vikander.) She also said with a shrug one of her life goals is to “get me a wife.”

One of my favorite parts of the Q&A was when Kiyoko talked about “He'll Never Love You (HNLY)” from Expectations, noting that it was written for a girl who loved Kiyoko but wasn't admitting she was a lesbian. She is defnitely gay, Kiyoko harrumphed, crossing into drag-shady territory. Her use of humor and frankness in discussing a complicated affair was refreshing and relatable and real. Also, it was highly entertaining, as was her short live set, during which she demonstrated a naturalness onstage and enough comfort with her audience to clamber into the tiered seating and sing directly to some of the kids snapping pics from the upper floor. 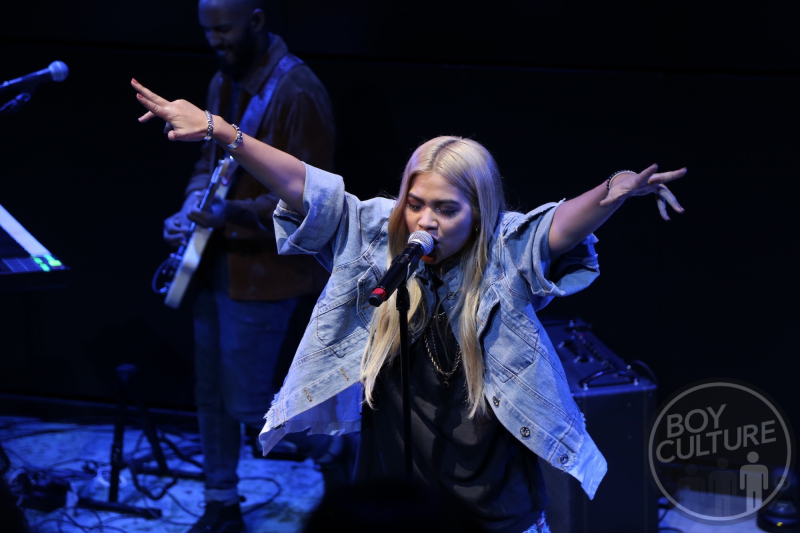 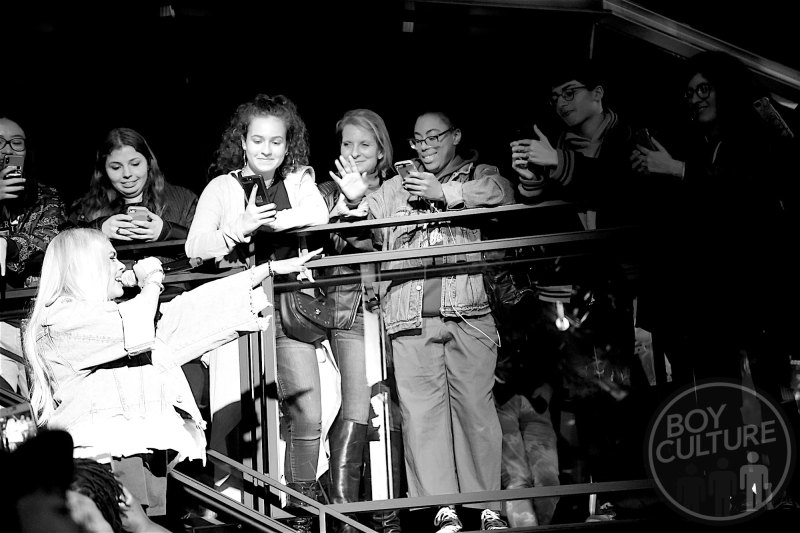 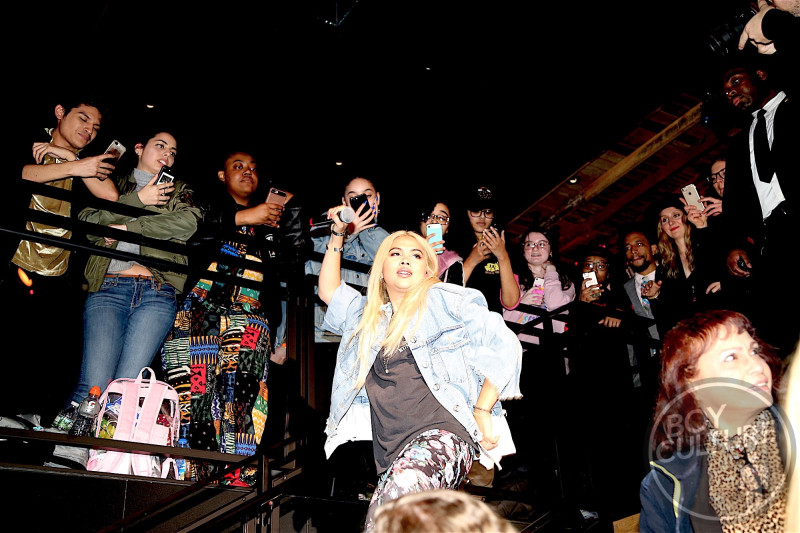 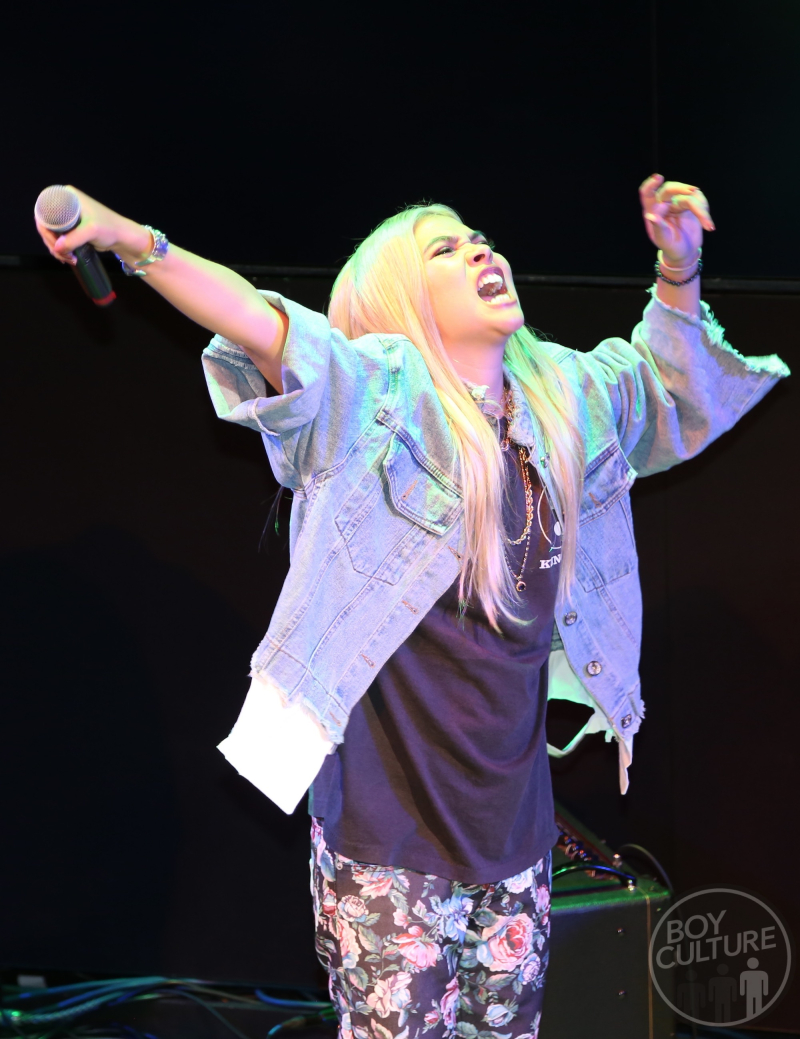 Taking the crowd by storm

She may not be Jesus, but she could be a new savior of pop. She's definitely a queer artist to watch and support.

Reviews of Expectations and of Kiyoko's potential have been raves:

In case you missed her great song and video “Girls Like Girls”: