AOL: Joshua Kushner, the good Kushner, donated $50K to the March for Our Lives pro-gun-control march. Meanwhile, Jared's dad-in-law/boss is moving swiftly to arm teachers! It's unimaginable how fucking stupid this country is getting.

NEWSWEEK: Dr. Melvyn Iscove, 72, a longtime practitioner of conversion therapy, has been found guilty of sexually abusing two of his male patients:

The doctor also faces a pending a hearing on “improper conduct in a public men’s washroom,” according to the committee.

Two patients, now in their 40s, testified that Iscove abused them while they were in their 20s. One patient who saw the doctor to treat his depression and anxiety associated with “fears he was gay,” was asked by the doctor to describe sexual fantasies he had about the two of them. The doctor then told the patient “You may touch me if you like,” and proceeded to remove his pants. Sexual encounters of this nature occurred at least 10 times during therapy sessions.

Another patient began seeing Iscove when he was 18 for depression and anxiety, but said he identified as heterosexual at the time. The patient said he was asked multiple times about any dreams he had related to “homosexual feelings,” and that any heterosexual fantasies he had were described by the doctor as “being a way of denying his homosexuality,” according to the committee. “Patient B firmly believed that Dr. Iscove was attempting to ‘cure’ his homosexuality.” The patient and Iscove began engaging in sexual acts in 2007.

THE GUARDIAN: Stacey Dash claims she's been blacklisted, but I am going with hacklisted. 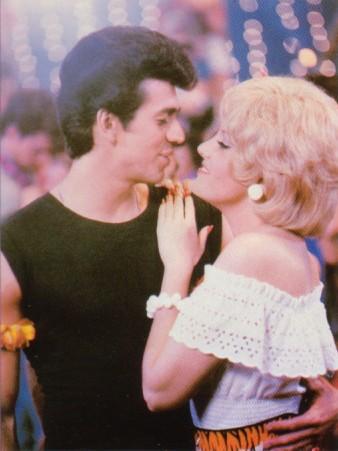 Luft in Grease 2 with Adrian Zmed (Image via RSO Records)