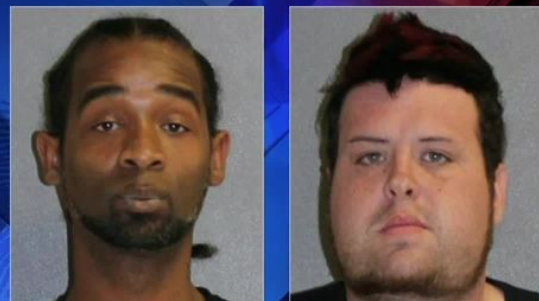 In the gay people are smarter department, check out this story of the queen who took up with a guy for a week, borrowed his car for four months, and then sought revenge (for?) by buddying up and allegedly attempting to burgle the dude's home while he was out.

Oh, don't worry, he had a plan, which consisted of: (1) dressing the accomplice up as a bull, and (2) using spaghetti sauce to set a fire ...

Two men are accused of breaking into the home of a man they both dated, stealing several items, then leaving spaghetti sauce boiling on the stove with a washcloth placed near the burner in an attempt to start a fire, according to the Volusia County Sheriff's Office.

The victim called 911 about 7 a.m. Tuesday because the security cameras in his home on Evergreen Terrace in DeLand detected motion and he believed someone was breaking in because a towel had been placed over one of the cameras, the report said.

Deputies went to the residence and saw a red Lincoln Navigator attempting to leave the area. A stop was conducted and the driver, 28-year-old John Silva, and passenger, Derrick Irving, told the deputy that they had just picked up some clothes from the victim's home, according to the affidavit.

The victim told News 6 that Irving was wearing a bull costume.

WKMG cruelly and accurately quoted the anonymous victim poking holes in the men's effort to start the blaze:

"He was trying to make it look like I left the stove on but who gets up 2 a.m. and fixes sketti," the victim said.

Indeed. Florida, you continue to amaze.