Above: The cause of death? Suffocation.

Below: Keep reading for the second coming (out) of Lee Pace, Queer Eye's material boys, tennis studs, a Trilogy of Terror remembrance, the trans trailblazer of the Oscars, Trump exploiting presidential seal, Vatican callboy's big mouth, a white supremacist teacher, the fool who stole Frances McDormand's Oscar, what she meant by “inclusion rider” and a history of missing statuettes ... Coming out as his own Lee Pace (Image via screenshot)

QUEERTY: About to appear on Broadway in Angels in America, Lee Pace has come out again, this time saying he “happily owns” his sexuality. 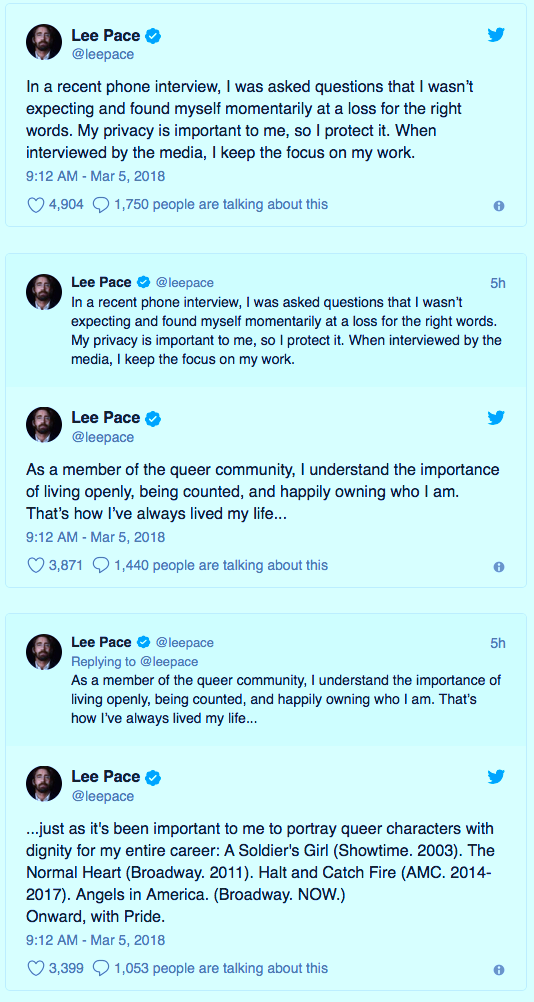 ... Queer Eye doesn’t want the audience to think quite so much about what’s arguably its greatest entertainment: the easy-breezy spending of money—and money’s great proxies, time and labor. Hollywood screenwriting textbooks advise creating characters who have an external motivation (get the treasure, save the world) and an internal motivation (find love, move on from trauma) so that movies can provide the magic of resolving two quests at once. Queer Eye performs the same sleight of hand. Can you learn to love yourself anew without new stuff? The show, unsurprisingly but also significantly, avoids the question. 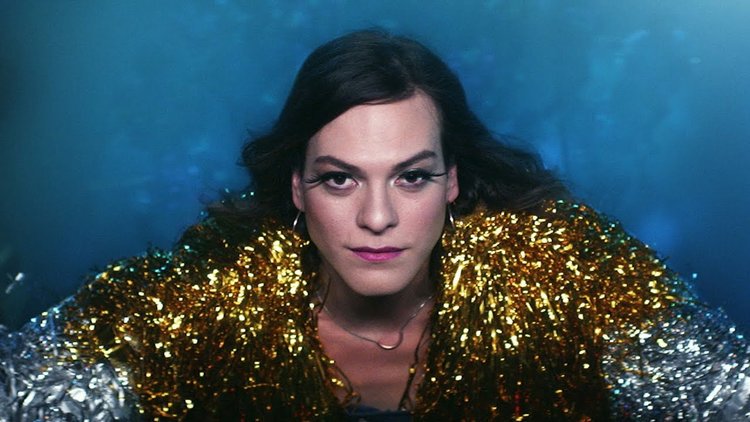 Vega in A Fantastic Woman (Image via Sony Pictures Classics)

ADVOCATE: Daniela Vega made history as a trans woman who presented at the Oscars, and who starred in a film primarily about trans issues, A Fantastic Woman— which wound up winning the Oscar for Best Foreign Language Film.

Instead of a eulogy, play this video at my funeral pic.twitter.com/xPwBcRJegu

TWITTER: Watch Trump's name torn from the Trump International Hotel in Panama and you'll feel a bit better. it's kinda like this:

Down with tyranny! (Images via screengrab)

GR8ERDAYS: A loving look back at the horror anthology classic Trilogy of Terror on the occasion of the anniversary of its first airing. RIP, Karen Black! 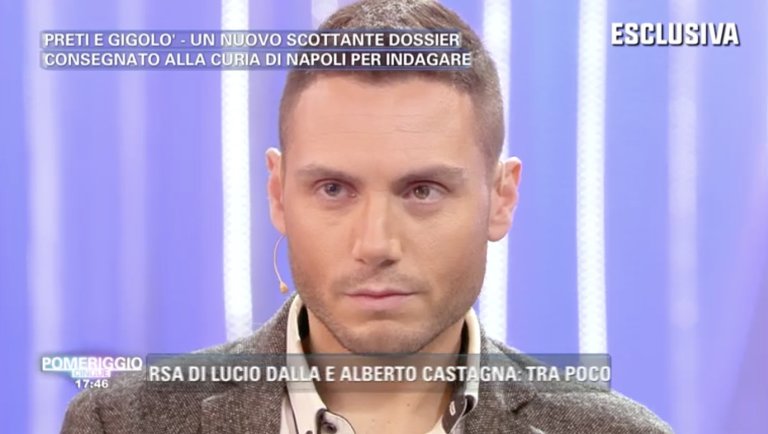 Don't text with your hooker if you're a priest, boys. (Image via screen grab)

TOWLEROAD: A gay hustler has exposed dozens of closeted priests at the Vatican — and he has the receipts. (I guess literally.)

THE HILL: Trump has golfed almost 1/4 of the days he's been in office, making him the laziest POTUS of all time. Now, he's ordered tee markers with the presidential seal that he intends to sell. Which is, you guess it, illegal. 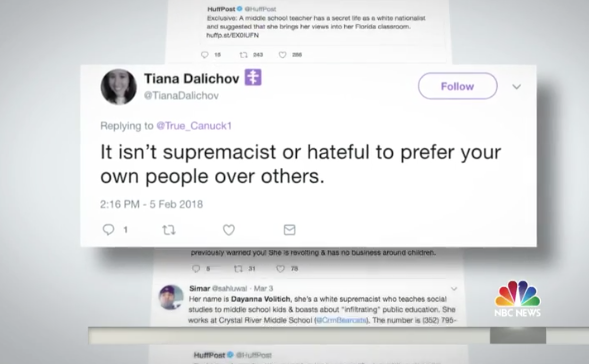 HUFF POST: White supremacist podcaster who was working as a middle school teacher has been removed from the classroom, denies she is what she demonstrably is — her tweets and her podcast have espoused the view that some races are smarter than others, and at least one parent says the teacher alluded to segregation being okay while teaching.

THE GUARDIAN: This is what Frances McDormand was ranting out when she mentioned an “inclusion rider.”

VARIETY: Frances McDormand's accused Oscar thief — Terry Bryant Djmatari aka DjMatari — didn't just take the award (which was recovered), he posted on Facebook  an exultant video of himself dancing around with it, claiming he and his team had won it and inviting onlookers to congratulate him for it. He also didn't have a ticket to be at the Governor's Ball, so clearly represents a major security lapse:

GR8ERDAYS: The true story of how about a dozen Oscars given out over time are currently missing — and almost 100 have been missing or stolen or misplaced at one time or another. Still vanished? Hattie McDaniel's statuette!