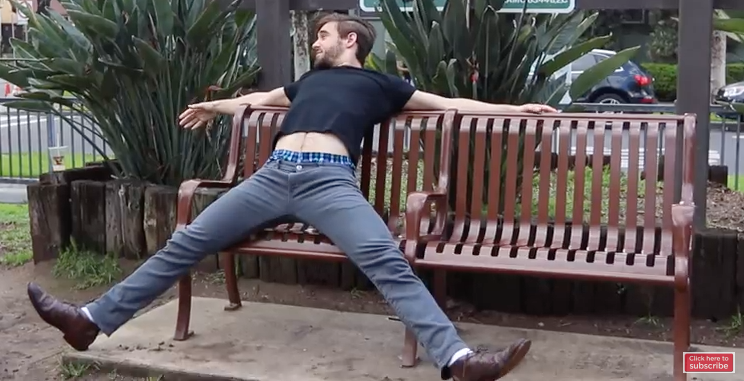 “Does he want us to smell his nuts?” (Video still via Michael Henry)

YOUTUBE: I never get enough of Michael Henry. This time, he and his buddies are analyzing manspreading:

KENNETH IN THE (212): This is what happens when gay guys get rejected, lol.

PEOPLE: Kelly Clarkson was called out for comparing a lesbian singer to other famous lesbian singers, defended herself, received an apology. I don't actually think the original complaint was completely offbase (nor was it all that heated. Remember when Kelly endorsed Ron Paul ... then pretended she hadn't? It's hard to find a perfect gay diva anymore. Although ... see above!) 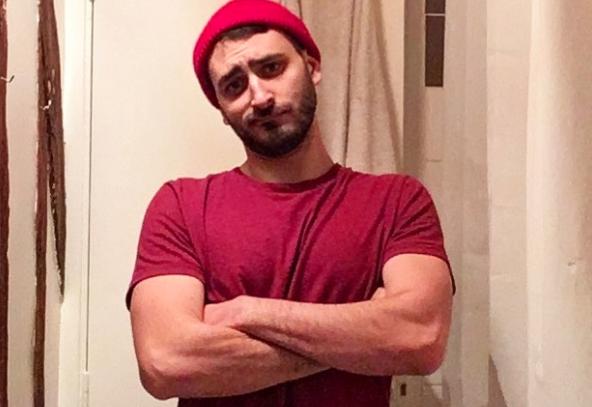 Things didn't really go as planned at first. Almost as soon as I walked in, I felt intimidated and embarrassed—almost guilty. I couldn't stop thinking, What if someone sees me here? I had a drink and just peered into the crowd, hoping to spot someone else who seemed as nervous as I was.

OMG BLOG (WORK UNFRIENDLY): The X-Factor's Casey Johnson had his johnson exposed when a GF snapped a pic of her cute pooch — not cropping it to avoid showing his impressive junk. 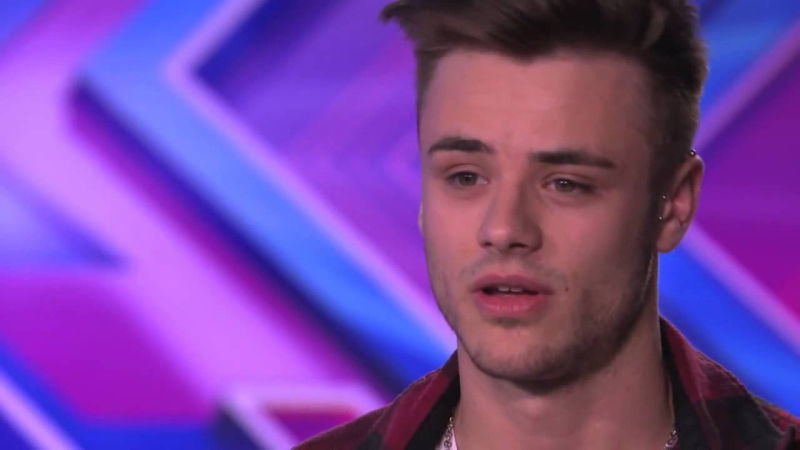 TOWLEROAD: The Connecticut GOP is playing politics with a gay man's life and career, blocking the confirmation of out Judge Andrew J. McDonald as Chief Justice of the state Supreme Court. Gay people who vote for Republicans at any level are voting for this kind of active antipathy toward their own kind — and these are Connecticut Republicans, considered moderate in comparison to the child-bride-supporting southern ones.

McDonald said in a statement:

Whenever I faced a challenging situation, or was disappointed about something that happened to me, she would always remind me, “Andrew, life is not about you. It’s about those who need you.” To everyone I tried to help, and to everyone who tried to help me, I am sorry I failed in this endeavor. And to the LGBT community, particularly its youth who I know have been closely watching this process, I want you to understand that every minority group in history has faced setbacks. In the fullness of time, those setbacks usually end up becoming a source of strength, a reminder of why the community must continue to press for equality, and a framework that helps shape and develop the next steps of progress.

This is bullshit, and the lone Democrat who also voted against him (allegedly because she's reallllly into the death penalty, and he is not) needs to be voted out along with all those GOPers. Barr is far, far worse than Sarandon. (Image via Twitter)

DEADLINE: Deadline didn't much care for Roseanne's reboot, but it attracted  over 18 million viewers — hardly surprising considering it's an iconic show, the star's Trump love has been Topic A for weeks, and it has the entire original cast on board, including an Oscar nominee and one of the hosts of a massively successful daytime talk show. Will be interesting to see if that holds, and will be more interesting to see if this emboldens Roseanne to get mouthy again — she deleted outrageous tweets accusing Hillary of murder and pedophilia before recasting herself as someone who just wants to get the country talkin' again. 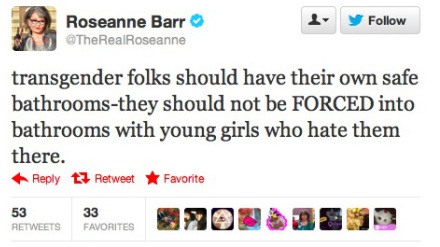 Kids do not “hate” trans people, but nice try, Roseanne. (Image via Twitter)

Meanwhile, why are more liberal gay man angry at Susan Sarandon than they are at Roseanne, who has explicitly called on people to stop supporting gay orgs for condoning the murder of Jews, and who has mocked transgender people?  Can we also eat Chik-FIl-A again and book stays at Trump properties? 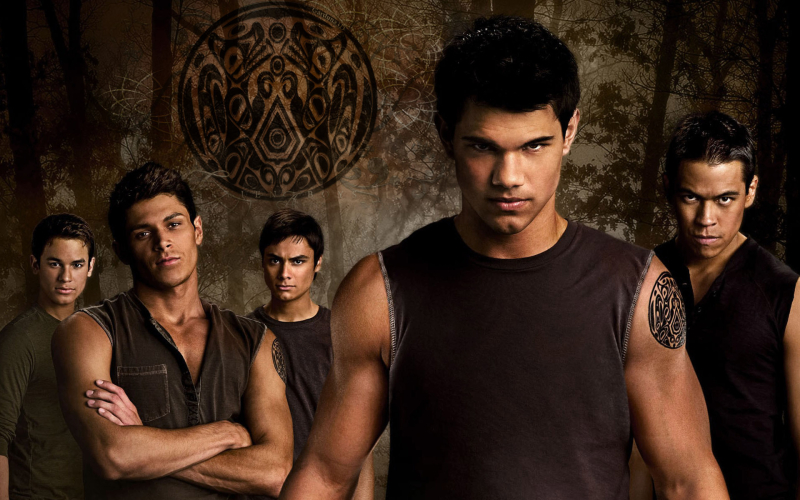 Taylor, where were you when Corey was stabbed?! (Image via Summit)

EXTRATV: Troubled actor Corey Feldman has announced he was stabbed by one of three men who allegedly approached his car. He went to the hospital and claimed the LAPD was investigating it as an attempted homicide, but cops disputed his account, noting he couldn't describe his attacker and had no wound. What he did have, like far too many Americans, was a quick conspiracy theory about a mysterious “Wolfpack” trying to shut him up about allegations involving pedophilia in Hollywood.

THE GUARDIAN: James Ivory just won the Oscar for adapting Call Me by Your Name, and at 89, he's LONG past pussy-footing around about dick:

One aspect that does still rankle with him is the absence of full-frontal male nudity. Ivory’s screenplay specified that Elio and Oliver would be shown naked, a detail overruled by clauses in the actors’ contracts. “When Luca says he never thought of putting nudity in, that is totally untrue,” says Ivory. “He sat in this very room where I am sitting now, talking about how he would do it, so when he says that it was a conscious aesthetic decision not to – well, that’s just bullshit.

“When people are wandering around before or after making love, and they’re decorously covered with sheets, it’s always seemed phoney to me. I never liked doing that. And I don’t do it, as you know.” In Maurice, his 1987 film of EM Forster’s posthumously published gay love story, “the two guys have had sex and they get up and you certainly see everything there is to be seen. To me, that’s a more natural way of doing things than to hide them, or to do what Luca did, which is to pan the camera out of the window toward some trees. Well …” He gives a derisive snort.

GR8ERDAYS: Wish I was going to Cannes to see a newly struck, totally unrestored/unmanipulate 70mm print of 2001: A Space Odyssey for that classic's 50th!