Above: Well, it's summer somewhere.

Below: Keep reading for the 19 y.o. gay wrestling poet, a hot otter, Alex Jones grooming a guy for sex, a Tracey Thorn Q&A, Mike Huckabee drummed out of a position, some so-so vogueing, Trump's latest gun-control flip-flops, roving stripper outlaws, gay priest avalanche and have yourself a very Ru weekend ... 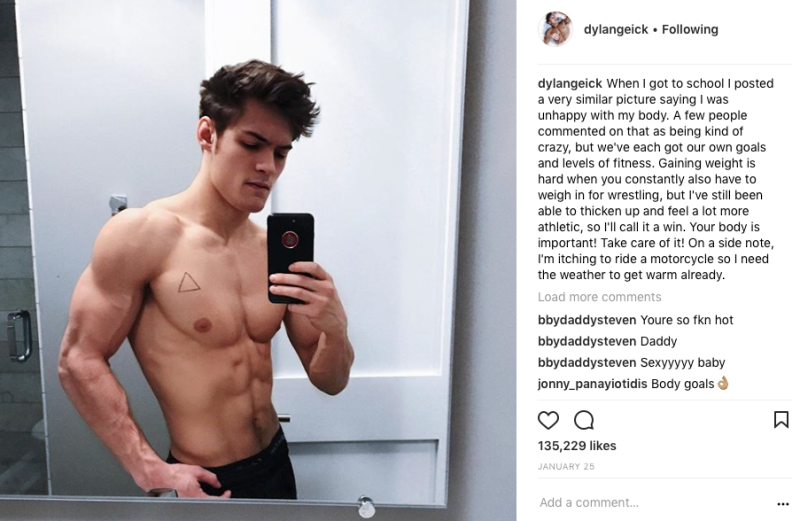 ... though I'm not thrilled he's saying he's unhappy with this body. Swap? (Image via Instagram)

NYT: I (of course) follow Dylan Geick, out wrestler, on Instagram, so was pleased to read there that he has been profiled by The New York Times, which underscores the rarity of being a student athlete who is out — and who writes poetry and historical novels, apparently. Much is also made of his high-profile Instaromance with his equally cute BF, Jackson Krecioch. Both 19 ... imagine the eyes of the gay world and beyond on you already?!

QUEERTY: Alex Jones, Infowars lunatic, just had his highly profitable YouTube account terminated thanks to his decision to share debunked conspiracy-theory videos accusing the Parkland survivors of being crisis actors. Now, he is the target of sexual harassment claims — including one from a man:

Rob Jacobson worked as a video editor for Infowars for 13 years. He just filed a complaint with the Equal Employment Opportunity Commission accusing Jones of singling him out for being Jewish and for referring to him as a “beefcake” over a four year period.

“I felt like this was intimidating and harassing and a form of sexual harassment in that he was grooming me for homosexual sex,” Jacobson writes in his complaint ...

The other complainant is a black woman. What on earth a black woman and a Jew were doing working for Alex Jones is anybody's guess.

IRELAND'S GOT TALENT: Below, watch a 19-year-old cutie vogueing his ass off for Michelle Visage and the other Ireland's Got Talent judges:

He's talented, but I'm from NYC, and sorry, but ... this is pretty common here. Am I the only one surprised the judges have their mouths open over the solid but not very distinguished performance?

NYT: Trump embraces gun control. Then, he doesn't. What happened in-between? A meeting with the NRA, the organization of which he (24 hours ago!) accused Congress of being afraid.

HUFF POST: Trump enthusiastically endorses a trade war, because they're easy to win.

POLITICO: Trump has so many things to worry about, but finds time at 5:42 a.m. to blast Alec Baldwin's SNL impersonation of him, out of nowhere, praising Darrell Hammond as a far funnier and superior talent.

CRIME WATCH DAILY: Apparently, bar owners have to warn each other about rogue male stripper troupes in Utah. This is a problem these days. They sweet-talk their way in, do indecent things onstage that lead to huge fines and liquor-license suspensions and ... Channing Tatum, are you reading this?

LGBTQ NATION: A corruption trial has exposed about 60 purportedly gay priests, so the Catholic Church is understandably clutching its rosaries. 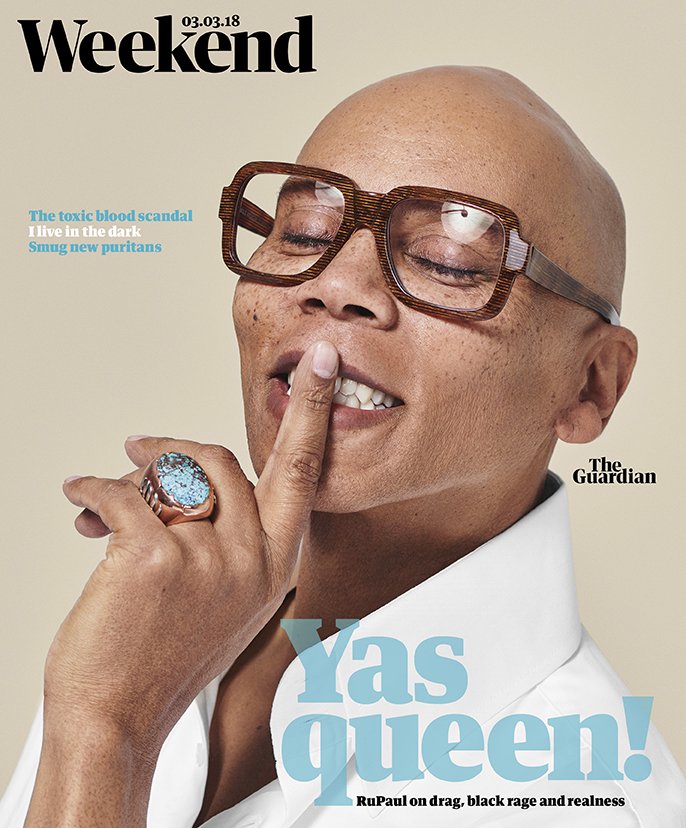 This bitch is like a Russian nukes — nothing's gonna stop her until she settles in Florida! (Image via Guardian Weekend)