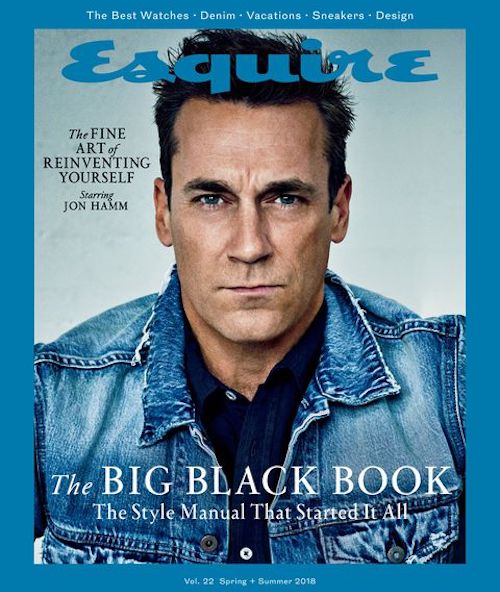 Hamm isn't keen on talking about the past — or his big schlong. (Image via Esquire)

DLISTED: Apparently, Jon Hamm was involved in some pretty grotesque hazing in college, but he really, really doesn't wanna talk about it.

Can't imagine the movie any other way. (GIF via GIPHY)

THR: During a talk about Brokeback Mountain, the film's screenwriters said many other name actors would not commit to the controversial gay romantic drama. It was, at one point, going to be directed by Gus Van Sant with Matt Damon and Joaquin Phoenix as the stars! Mark Wahlberg was considered (yeah, right). Both Ed Norton and Joel Schumacher also loved the script and were considered as directors, but would not commit.

Though [co-screenwriter Diana] Ossana didn't drop anymore names, she did reveal how badly she wanted Heath Ledger for the Ennis role, even if the studio — Focus Features — had other ideas. "Nobody wanted Heath but me and [co-writer] Larry [McMurtry]. The studio felt he wasn't macho enough."

But when "another actor" dropped out after being on board for nearly six months, Ossana ran back to Ledger's representatives. He eventually signed on — with a little nudge from his then-girlfriend Naomi Watts. 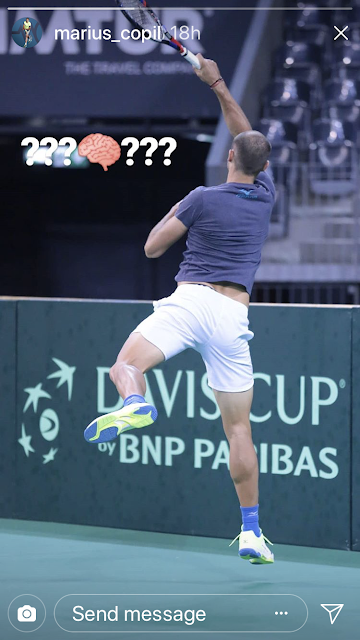 OMG BLOG: Watch Marc Jacobs pop the question to his boyfriend — with the help of a flash mob. 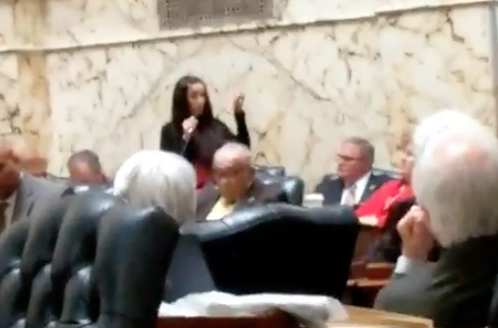 (Video still via The Baltimore Sun)

BALTIMORE SUN: A Maryland delegate came out to help get rid of conversion therapy in her state. Powerful story. 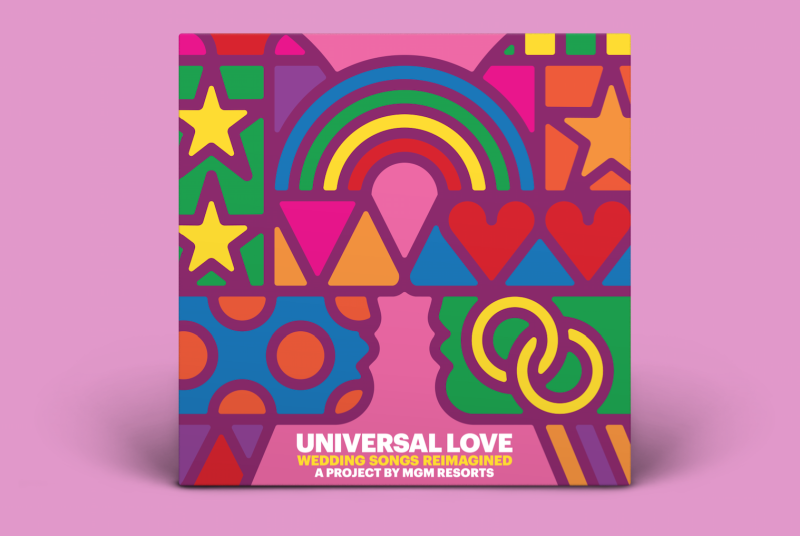 I do! Do you? (Image via MGM Resorts)

MGM Resorts International today announced the release of UNIVERSAL LOVE, a collection of reimagined wedding songs for the LGBTQ community, celebrating the enduring and overwhelming power of love and music to unite.

MGM Resorts is a global entertainment company with a deep-seated belief that entertainment is fundamental to human fulfillment. The company’s passion for the UNIVERSAL LOVE project reflects its profound commitment to embracing humanity and the impact music can have on the human experience.

UNIVERSAL LOVE offers six newly recorded versions of iconic love songs that give same-sex couples a soundtrack for their own love stories and feature pronouns changed to reflect the world of LGBTQ relationships.

The album includes boundary-changing songs from some of today’s most-beloved artists. Bob Dylan, one of the most influential and successful recording artists in American history, is among the visionary artists participating in this unprecedented project. Dylan re-recorded “She’s Funny That Way” as “He’s Funny That Way.” The album features five additional stellar artists whose involvement is a testament to the urgency of equality in entertainment: Kesha (“I Need a Woman to Love Me”), St. Vincent (“And Then She Kissed Me”), Benjamin Gibbard of Death Cab for Cutie (“And I Love Him”), Kele Okereke of Bloc Party (“My Guy”), and Valerie June (“Mad About The Girl”).

PEOPLE: Justin Bieber brags that he's spent over 100 hours being tattooed and doesn't regret any of them. Do you? 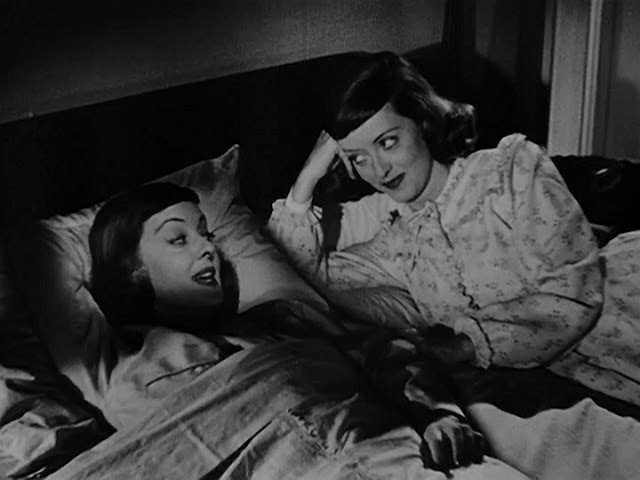 GR8ERDAYS: Bette Davis was born 110 yEEEEAHHHs ago today! Celebrate her birth with a fun post by Rick Gould about the times Davis played twins ... and dont miss a snippet of a 1986 Ann Jillian TV movie that ties in.

NYP: This sexy dude is a pilot, but his Insta-hottie selfies are what's causing his fans to soar:

METROSOURCE: Metrosource and One World Observatory have launched a 2018 Reclaiming My Pride art contest to benefit the Ali Forney Center. It sounds like winning would be well worth the effort since you'll get invited to a gala event in NYC, get published and exhibited, and pocket a grand: 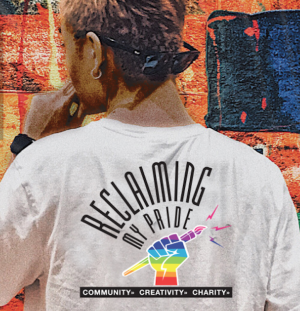 featured in a public exhibition held at One World Observatory during NYC Pride Week from June 21 -24.  The winners will also be featured in the magazine’s August/September issue, along with its online and social media platforms.  The event will benefit The Ali Forney Center, an organization that protects LGBTQ youth from homelessness and empowers them with the tools to live independently.

“Pride Week is a celebration of the vibrancy, strength and joy of the LGBTQ community and all who support it,” said Paul Hagen, Editor-In-Chief of Metrosource. “In 2018, we think it’s more important than ever to get back to Pride’s roots of community, creativity, and charity.  We are pleased to partner with One World Observatory to showcase the talents of exceptional and diverse artists, LGBTQ and otherwise, whose work is imbued with and furthers our community’s spirit of creativity and inclusion.”

“We are honored to be partnering with Metrosource 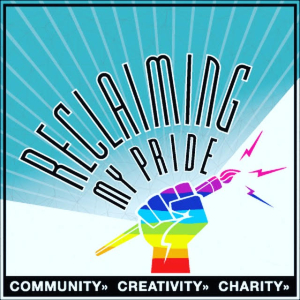 for this spectacular exhibition at One World Observatory that will feature the works of talented artists, showcasing the LGBTQ’s community, creativity and commitment to charity,” said Keith Douglas, Managing Director of One World Observatory. “Every day we host thousands of visitors from around the world and we strive to make our guests feel welcome in New York. NYC Pride Week is cornerstone in this city’s great culture of unity and we are proud to shine a light on that spirit in the LGBTQ community.”

The competition is open to all artists in the 50 states whose work reflects the spirit of community and acceptance represented by LGBTQ pride, which was ignited by the 1969 Stonewall Riots, a cornerstone event in the movement towards equality.

Artists may enter the contest by digitally submitting an image or video link of their painting, drawing, photography, sculpture and fashion designs, along with an up to 200 word statement describing how it fits within the “community, creativity and charity” themes of the contest.  Artists are also asked to submit a 100-word bio.  Deadline for submissions: May 18, 2018.  There is no cost for submission.   Full details and rules for Metrosource’s art contest, including submission forms, can be found at www.metrosource.com/reclaimingmypride.