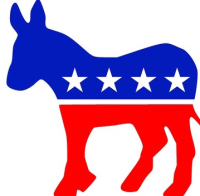 The DNC has filed a multi-million-dollar lawsuit against the Trump campaign, Russia, and WikiLeaks for what it alleges was a conspiracy to disrupt the 2016 presidential election.

The complaint, filed in Manhattan, argues that top Trump officials worked with Russia and its spies to hurt Hillary Clinton, and that the DNC was hacked and that information disseminated as part of the campaign.

This is our immediate priority. To get this billboard funded and placed https://t.co/e5I5fNRq7r pic.twitter.com/xRiR6ynJqO

Whatever the outcome, the discovery phase is going to be profoundly impactful on Trump, his associates, his family, the presidency and democracy.