Get Ready For A FIRST WIVES' CLUB TV Series! Comments (0) 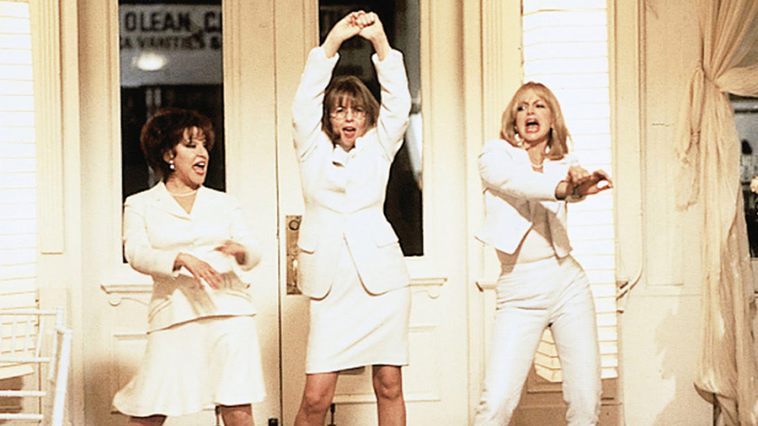 The O.G. firsts (Image via Paramount)

If you hate the idea of a First Wives' Club TV reboot, well, you don't own it!

Keep reading for the dish ...

A First Wives’ Club TV adaptation has scored a pilot order at Paramount Network (fka Spike), our sister site Deadline reports. The half-hour comedy will be based on the 1996 film starring Bette Midler, Goldie Hawn and Diane Keaton, which was itself an adaptation of Olivia Goldsmith’s 1992 novel.

The potential series will take place in New York City and will chronicle a sisterhood of women who find strength in each other — and engage in a little revenge — after their marriages end.

If you feel like you’ve heard this all before, that’s because in 2016, a pilot based on the movie was in development at TV Land. That one was set in San Francisco and starred How I Met Your Mother‘s Alyson Hannigan, Smash‘s Megan Hilty and Dads‘ Vanessa Lachey; it did not make it to series.

I'm all for it. Just a matter of who will fill those hard-to-fill pumps.