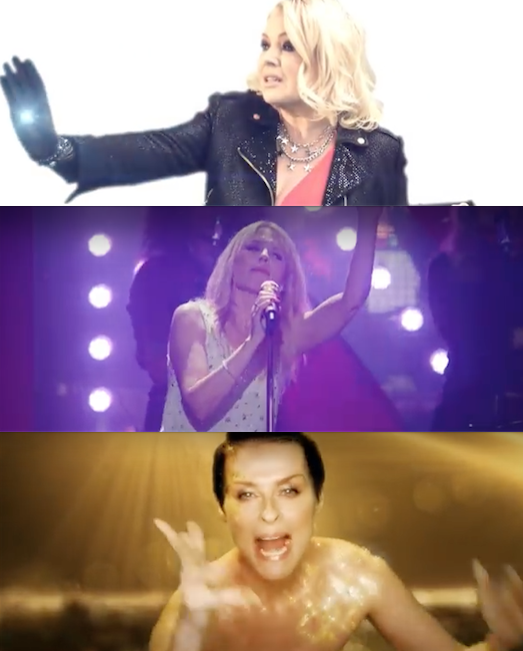 A trio of first singles, from new albums by Kylie Minogue, Kim Wilde and Lisa Stansfield ...

I mostly really like Kim Wilde's stupidly titled Here Come the Aliens, and “Pop Don't Stop” is one big reason why. The album version starts out with a Video Killed the Radio Star sample, but the single seems not to — love the echo of “Cambodia”:

Finally, Lisa Stansfield was an artist I loved during her Blue Zone phase and then I lost interest after her first couple of jazzier singles. I'm not won over by her new one, which stresses me out (the too-many-words-for-the-time gimmick). She looks and sounds like a billion, though: