Flower Of His Secret: A Review Of MAPPLETHORPE At Tribeca Comments (0) 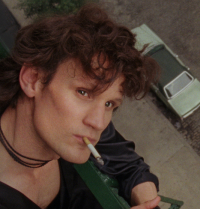 Sunday night marked the Tribeca Film Festival premiere of the long-awaited Robert Mapplethorpe biopic Mapplethorpe, directed by documentary filmmaker Ondi Timoner and featuring The Crown and Doctor Who star Matt Smith as the rebellious queer photographer, who died of AIDS in 1989.

The filmmaker introduced her passion project by noting it had its start 12 years ago, and has been through many creative and financial ups and downs over time, but was buoyed by support from The Robert Mapplethorpe Foundation, which has given the film its seal of approval — and which allowed Timoner to use dozens of the photographer's original works. 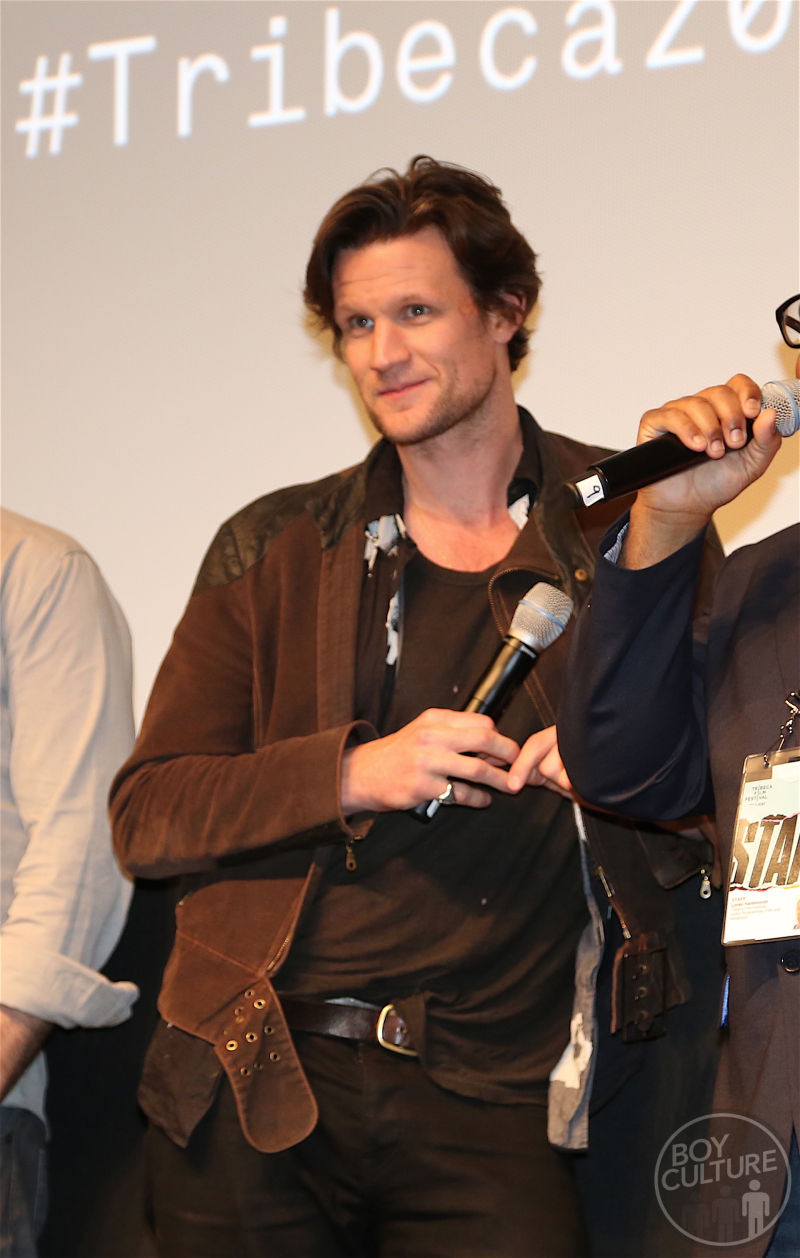 Smith at the post-screening Q&A; he fled like Garbo right after (Images by Matthew Rettenmund)

The film opens by chronicling Mapplethorpe's early years in NYC, when a chance encounter leads to his intense romantic friendship with future singing icon Patti Smith, played by the disconcertingly glamorous Marianne Rendón. At that time, Mapplethorpe drew and collaged as his preferred modes of expression, using other people's photos to express his vision. 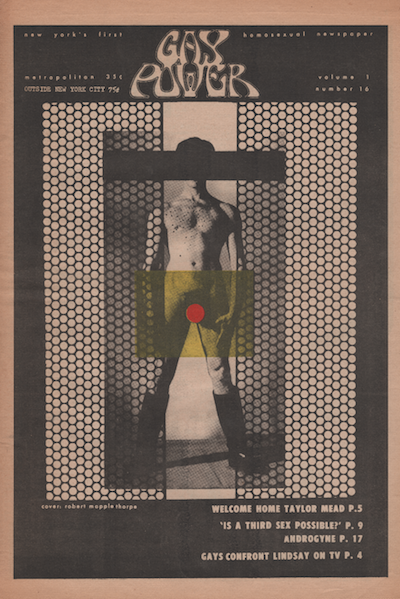 During this time of financial struggle, Mapplethorpe is seduced by David Croland (Thomas Philip O'Neill), a model who would become Mapplethorpe's first boyfriend and a man Smith would later describe in her 2010 memoir Just Kids as “a puppet master, bringing new characters into the play of our lives, shifting Robert’s path and the history that resulted.” The sex depicted is hot, a convincingly transformative experience that takes Mapplethorpe from baby provocateur to full-fledged counter-cultural warrior. 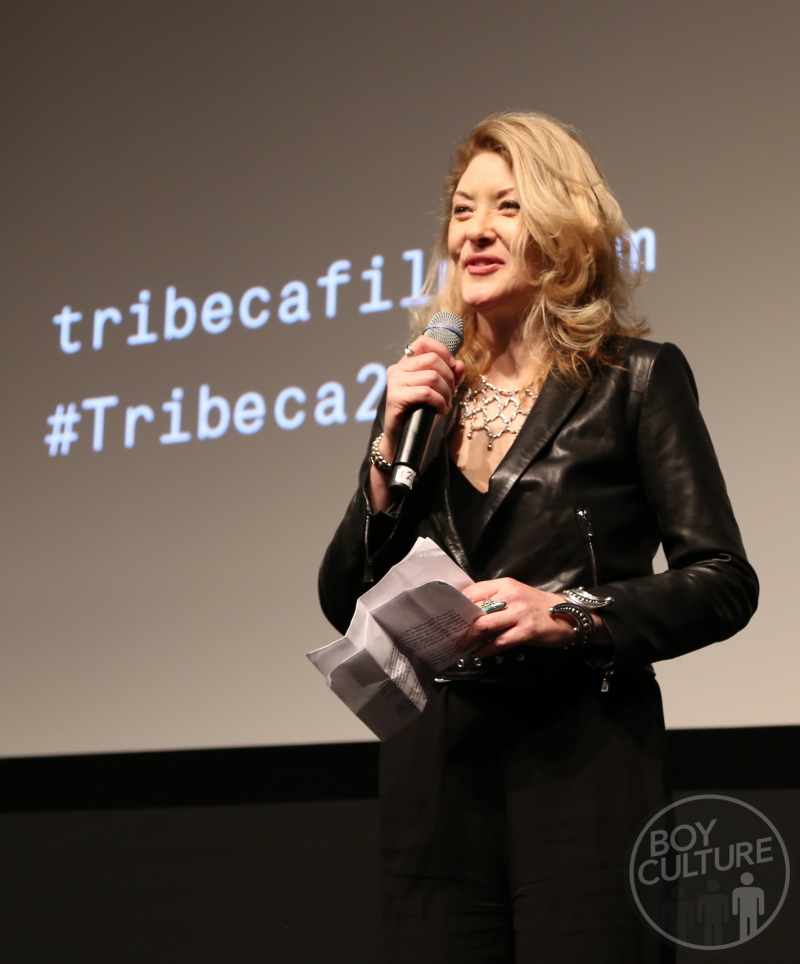 Director Timoner delivered a gracious speech thanking the many who helped her along the way.

When he discovers the illicit beefcake mag Physique Pictorial, Mapplethorpe's work skews gay enough to scare Smith away from a person she never stopped loving, but who she had to stop being with for their own good.

Meanwhile, Mapplethorpe has been discovered by filmmaker Sandy Daley (Tina Benko), who is helping to take him to the next level with his work, handing him a camera that seems to function as an extension of his alternately libidinous and cerebral impulses. The new work attracts wealthy collector Sam Wagstaff (John Benamin Hickey), who promptly collects the much younger artist, easing him into resistant galleries and easing himself into the wild SM scene Mapplethorpe has discovered and in which both will soon be immersed.

For Mapplethorpe, the change of scenery fuels his art — no one else has ever chroncled such sexually explicit, outlaw images and presented them as art. For Wagstaff, his young lover's wild ways tire him out, even if — as with Smith before him — the love never leaves. 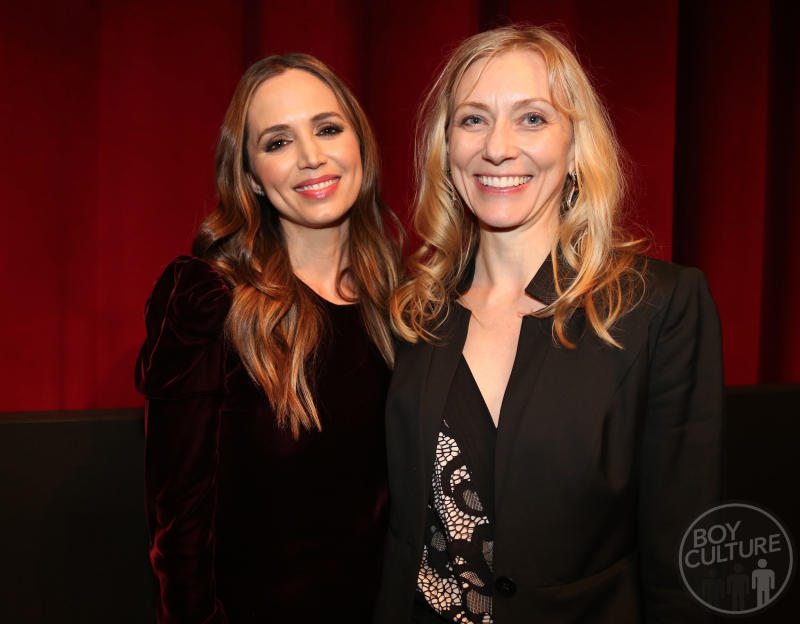 The film leaps ahead to 1981 (jarringly, 1984's “Smalltown Boy” is blaring). Unfortunately, Mapplethorpe's omnipresent ego has now been gorged by attention and financial success, turning him into an impossible brat who humiliates his younger brother Edward (Brandon Sklenar), also a photography aspirant, and who treats his models and his lovers like objects, including Milton (McKinley Belcher III), whom he recruits off the street one night and makes forever famous as the owner of that anaconda hanging out of a tan suit that you'll just have to Google if you don't have it committed to memory. Mapplethorpe's objectification of black men, one of his most contentious aspects of his work, is later dealt with in one brief, oddly toothless scene that feels like a glancing, grudging concession to its subject's imperfection.

Soon, it's clear that Wagstaff is quickly dying of AIDS and that Mapplethorpe will follow close behind. His illness hasn't tempered his desire to shock the world, leading to a traveling retrospective of his work that will encompass the deceptively safe flowers, the penises, the celebrity portraits, and everything in-between. He seems to want to spread his twisted vision far and wide, and is also explicitly depicted as not caring whether he spreads his virus to others, stating they all know the risks they're taking. 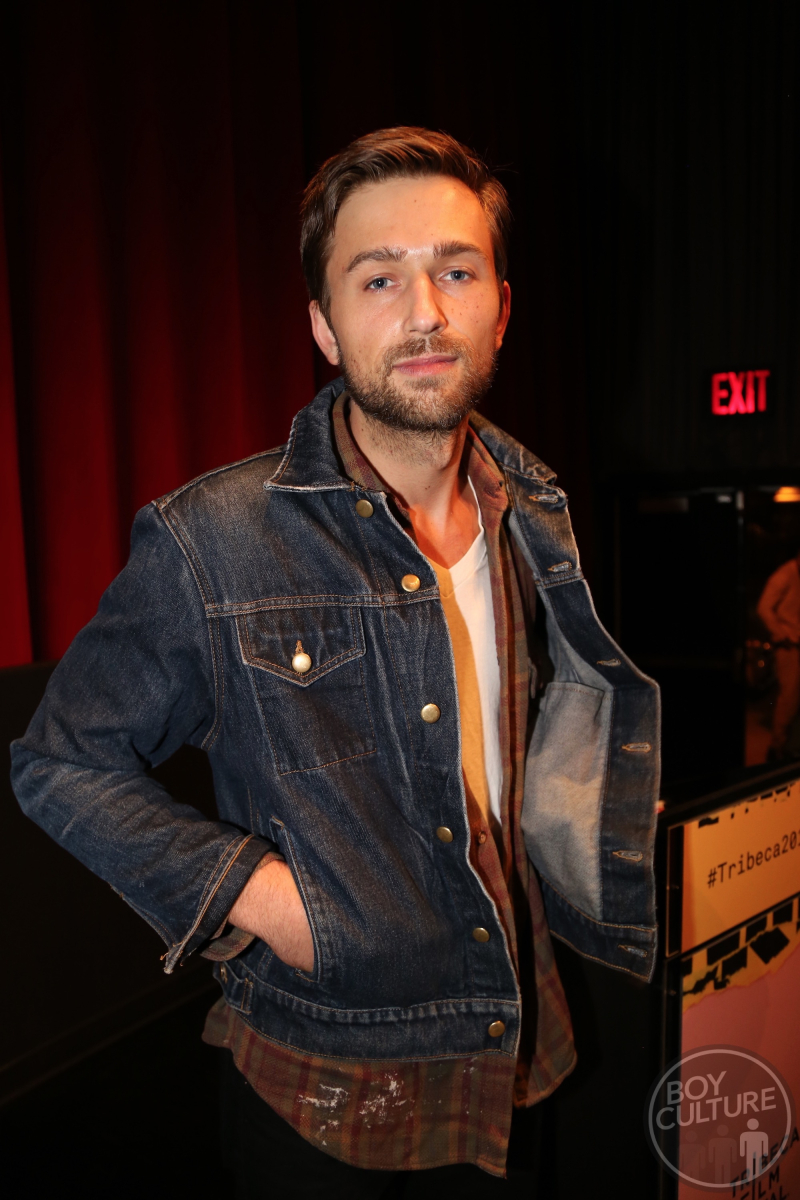 Sklenar, who in the film is the spitting image of a young Tim Daly

The film ends with a rather literal death scene, leaving the viewer strangely unsatisfied that we know much, if anything, more about Mapplethorpe than we may have known before.

Unfortunately, Timoner's prowess as a documentarian hurts this feature, with several flashes of stock footage of '70s NYC and a literal approach getting in the way of a sense of creative insight. The most damage is done by the use of Mapplethorpe's original photography, which still packs a punch and which is beautifully lit and otherworldly compared to the film's passably vintage, grainy look; there is simply no avoiding how little Smith resembles the devilishly handsome Mapplethorpe when the two are visually compared over and over in the space of the film. This dilutes Smith's performance, which is otherwise fully committed and quite persuasive at times.

Rendón, confined to a terrible wig, is out of her depth and the only case of miscasting, looking more like Patti Smyth or Lady Gaga in those A Star Is Born previews, but O'Neill and Sklenar have maximum impact in their psychologically charged scenes with Smith. Hickey is passable but, again, hampered by a disastrous wig. It's a film about a visual artist who was a perfectionist; visual details count.

Overall, the film is competent but feels canned. It fails to take a stand on what made Mapplethorpe tick, or to do more than scratch the surface of his complex relationships, including a perfunctory peek at how he related to his Catholic mom and dad (Carolyn McCormick and Mark Moses), though a last-second scene in which Mapplethorpe shoots his childhood priest (Brian Stokes Mitchell) is nearly worth the price of admission. More problematically, its conventional approach is violently at odds with Mapplethorpe's approach to his own life, and to his legacy as an artist who changed photography and the way in which society views gay sexuality forever.

Mapplethorpe is framed as a potentially inspirational look at an artist who struggled to make it, rather than as a much-needed documenting of one of the 20th century's most singular sensations.