Below: Keep reading for a scorching-hot duo, a Red Sparrow nude scene, the unique issues faced by gay teachers, P!nk's Beautiful fam, the hate crime that wasn't (but was), Uganda nonsense, a Boys in the Band AIDS tribute, the surprising death of a British host, the new Ruth Bader Ginsburg doc, the smears against Mueller and how that Starbucks racist incident is being addressed ...

(Image by Michael Ramos for DNA)

DNA: Greg and Antonial by Michael Ramos pose togeather for DNA. They show just about everything you want to see.

OMG BLOG (WORK UNFRIENDLY): David Z. Miller strips down in Red Sparrow. All the way down.

CHICAGO TRIBUNE: Brett Bigham, Oregon Teacher of the Year for 2014, is one of the educators quoted in this piece about the case of teacher Nathan Etter, who came to his class and attempted to teach them not to react negatively to someone's sexual orientation, only to be formally reprimanded for it. Bigham's quote is devastating: “ ... your entire career can be derailed.” 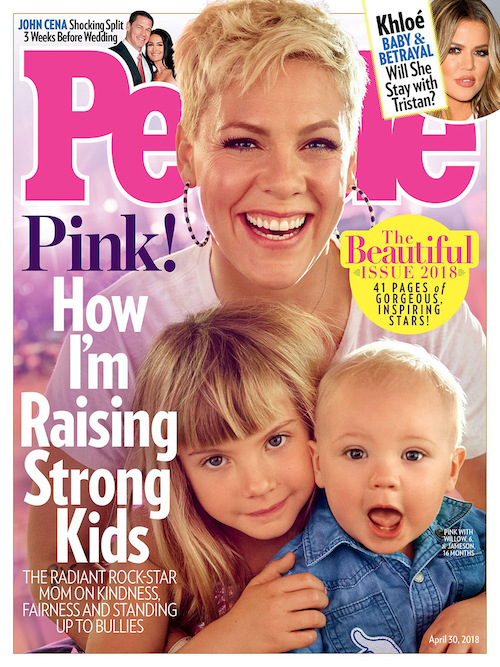 DLISTED: P!nk and her two kids cover People's Beautiful Issue 2018 (formerly known as the Most Beautiful Issue). I hope this will go a long way toward reassuring that little girl that she isn't ugly. (Remember?)

NBC PHILADELPHIA: Probable hate crime at University of Delaware fraternity, where a gay men was called a homophobic slur and attacked out of nowhere by a group of frat brothers, breaking his leg. P.S. Yes, it's probably a hate crime (the victim said he did zero to incite his attackers, but was wearing pink shorts), but cops aren't investigating it as such — yet. h/t TOWLEROAD.

Let me take this opportunity to warn our people publicly about the wrong practices indulged in and promoted by some of the outsiders. One of them is what they call oral sex. The mouth is for eating, the mouth is for eating — not for sex. We know the address of sex, we know where sex is.

KENNETH IN THE (212): The cast of the upcoming Broadway production of The Boys in the Band pay their respects to the many people we have lost to AIDS. Among those we've lost, five of the play's original nine cast members: Leonard Frey, Robert La Tourneaux, Keith Prentice, Kenneth Nelson and Frederick Combs. 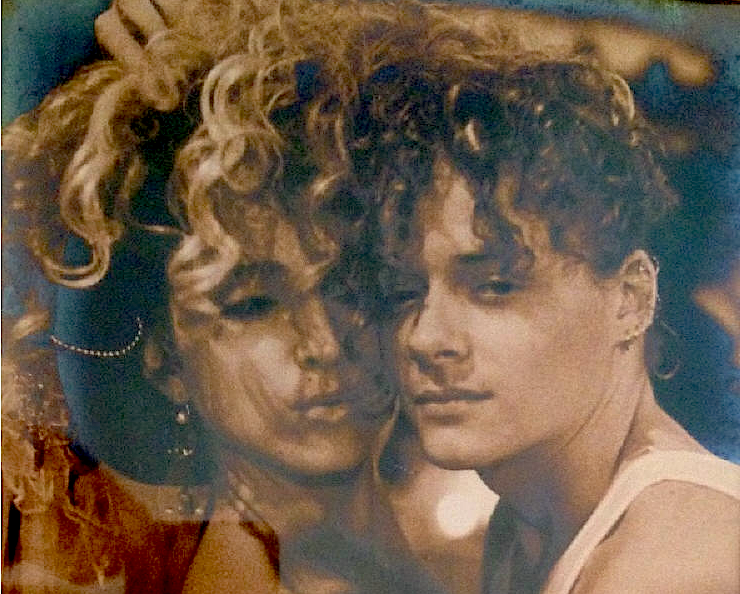 Martin Burgoyne, who died of AIDS in 1986, with Madonna at her 1985 wedding to Sean Penn. This (degraded) image was auctioned by his octogenarian parents a few years back. (Image via family photo)

Also, The New York Times offers a gallery of some of the most creative people ripped from the culture too soon by the AIDS epidemic. 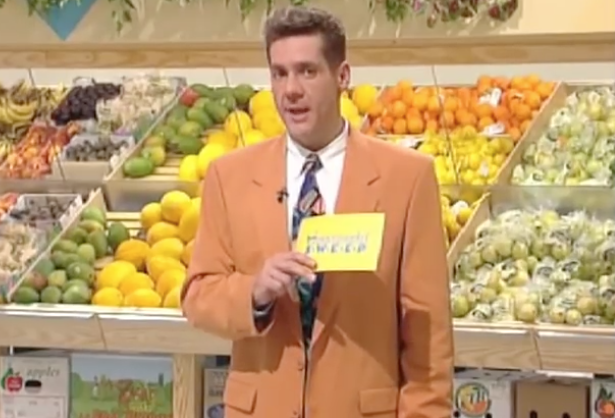 GAY TIMES: Dale Winton, the openly gay presenter of the British series Dale's Supermaket Sweep (1993-2000) who appeared in Trainspotting (1996), has died at 62.

The men were enthusiastic supporters of Donald Trump, who vilified Muslims during his presidential campaign and has continued to do so while in office. During the plotting, Stein reportedly referred to then-candidate Trump as “the Man.” The men had planned their attack for after the 2016 election, so as not to hurt Trump’s chances of winning. Delaying the attack until then would avoid giving “any ammunition” to their political opponents, Stein said. 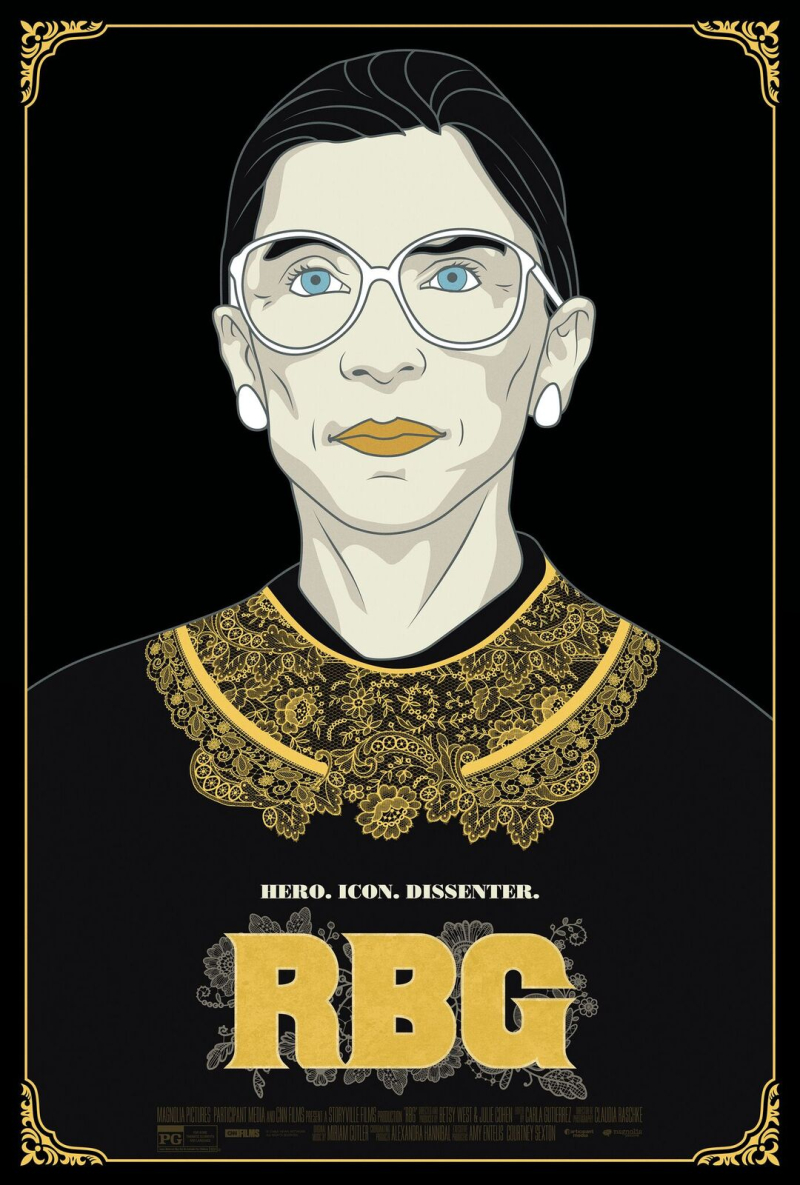 RBG: RBG, the new doc on the life and career of SCOTUS Justice Ruth Bader Ginsburg, opens May 4. Fresh poster above.

NYT: Sean Hannity (a client of the mobbed-up Michael Cohen) and liberal-turned-Trumpologist Alan Dershowitz have been trying to smear Robert Mueller as having been responsible for one of the worst scandals in FBI history. The judge who presided over that case says it's a lie:

There is no evidence that the assertion is true. I was the federal judge who presided over a successful lawsuit brought against the government by two of those men and the families of the other two, who had died in prison. Based on the voluminous evidence submitted in the trial, and having written a 105-page decision awarding them $101.8 million, I can say without equivocation that Mr. Mueller, who worked in the United States attorney’s office in Boston from 1982 to 1988, including a brief stint as the acting head of the office, had no involvement in that case. He was never even mentioned.

HUFF POST: Rashon Nelson and Donte Robinson, the realtors who were arrested for sitting at Starbucks while black, are speaking out about their arrest. When white people say, Don't make everything about race! I always think black people are saying the same thing, from a different perspective. It is indefensible that the now-fired manager of that Starbucks called the cops two minutes after these guys entereed the establishment. It simply never would have happened to two white men. I do think Starbucks is handling this well, and that the real problem lies with individual franchises:

FULL INTERVIEW: "This is something that has been going on for years...everyone is blind to it."

Rashon Nelson & Donte Robinson, the 2 black men arrested at a Starbucks in Philadelphia, speak out exclusively to @RobinRoberts: https://t.co/bIBmMGlwWN pic.twitter.com/IZekmHrWw2