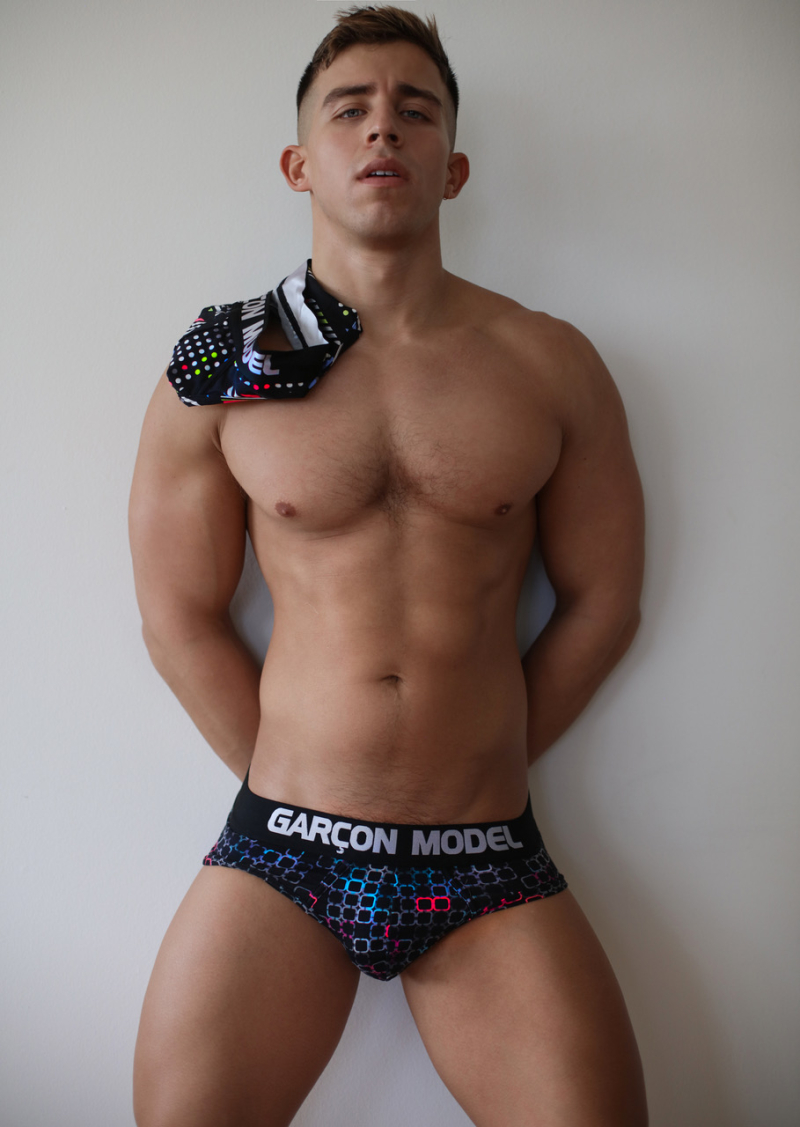 YOUTUBE: Garçon Model has a new video shot by Marco Ovando in which Andres Alfaro does his best Risky Business routine — except with his butt out part of the time.

PEOPLE: Turns out Mariah Carey isn't a crazy diva (remembering her TRL meltdown) — she was actually diagnosed with bipolar disorder in 2001, and has, until recently, been in denial about it. She now tells People's Jess Cagle: 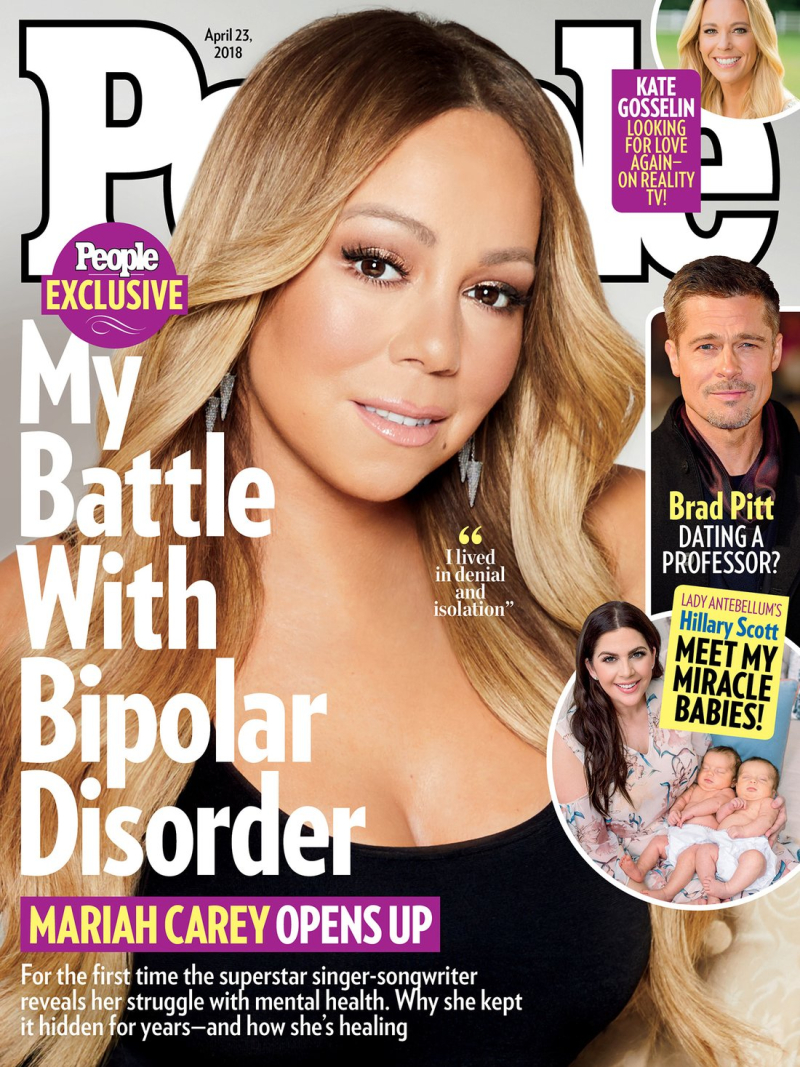 Mariah Carey opens up to People. (Image via People)

Until recently I lived in denial and isolation and in constant fear someone would expose me. It was too heavy a burden to carry and I simply couldn’t do that anymore. I sought and received treatment, I put positive people around me and I got back to doing what I love — writing songs and making music.

AXIOS: Now that he's achieved his dream of screwing the country with a terrible tax plan, Paul Ryan isn't running in November — another rat abandoning the sinking ship that is the GOP. And the country? Ryan is so dumb he's exiting by saying he's grateful to Trump, a man who will go down in history as the worst, most corrupt POTUS ever:

SALON: If Cohen flips on Trump, Trump is DOA. Meanwhile, Stormy Daniels is fully cooperating with the investigation that led to the raid on Cohen's hotel room, office and home — and she's locked her Twitter account in the meantime.

POLITICO: Trump telegraphs U.S. plans to bomb Syria. Gee, that's not at all like what someone in Putin's back pocket would do, right? 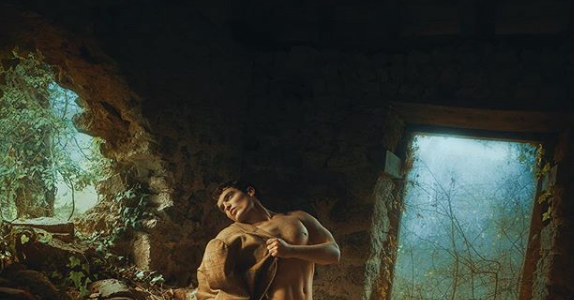 Some of his best work is Work Unfriendly. (Cropped image by Marwane Pallas)

INSTAGRAM: Check out the fantasy-tinged, sensual work of self-portraitist Marwane Pallas — who is a completely self-taught photographer.

GAY STAR NEWS: Four teen boys in the Netherlands have been found guilty of assaulting a gay couple who had been holding hands, but the judge in the case decided it was impossible to prove the boys were homophobic ... in spite of the anti-gay slurs they are known to have shouted during the attack:

At a court in Arnhem on Monday, they were found guilty of assault and sentenced to between 80 and 160 hours of community service.

However, the judge said that although it was plausible that homophobic language was used against the victims, this did not prove homophobic intent behind the attack. He also said that it had not been proven that bolt cutters had been used in the attack.

The public prosecutor similarly did not ask for a homophobic motive to be taken into consideration for sentencing.

INSTAGRAM: To help promote his upcoming docudrama feature Madonna and the Breakfast Club, director Guy Guido released another never-seen pic of Madonna from her early days, performing circa January 1981.

I’m joining the board of #AcreageHoldings because my thinking on cannabis has evolved. I’m convinced de-scheduling the drug is needed so we can do research, help our veterans, and reverse the opioid epidemic ravaging our communities. @AcreageCannabis https://t.co/f5i9KcQD0W

TWITTER: Former Speaker of the House John Boehner — who sat idly by while countless people were imprisoned over marijuana use, and whose party he represented was 100% anti-pot, has evolved on the issue, and will now join a marijuana company's board. These GOP skunks will do anything for the cash, and that includes being against or for something.

ATTITUDE: Joey Pollari, so winning in Love, Simon, opens up to Attitude about whether he was concerned with being out in Hollywood:

No, I’m not too worried about it. I don’t feel that it’s affected me. You know, 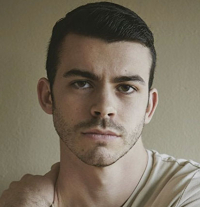 maybe talk to me in five or ten years and I’ll have a different answer, but no. I think the problems are there, but I think a lot of the quote unquote ‘problems’ I’ve run into have been more self-imposed. Even let’s say hypothetically the industry does make it harder [for me], some of that for me – and I can only speak from my own personal experience – is self-imposed. I know a lot of people who’ve made incredible, incredible careers being out and playing all kinds of sexualities. The problem is there, I don’t want to be misunderstood –  there’s definitely people being out and not being hired because of that. And we all have to face that struggle. But I think we’re seeing more and more now, especially in this era of making our own content, authenticity and individuality are becoming a commodity more and more. We’re really celebrating people who are brave enough to come out and have the careers they desire. I don’t mean to underplay the difficulty that remains there, but in my own personal experience some of that difficulty has been self-imposed.

CALL ME ADAM: Joe Gulla brings a collection of his plays together under the provocative title GAY.PORN.MAFIA. this Saturday, April, 14, in NYC, as part of the Downtown Urban Arts Festival. 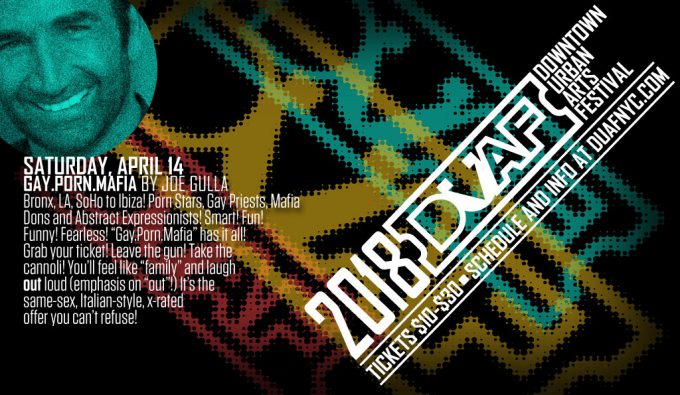 More than a cup of Joe (Image via DUAF)