AXXIDENTAL: Renan Corbani shot on the beach by Luiz Moreira.

DLISTED: Could Anna Wintour be out at Vogue?

POLITICO: Is Scott Pruitt of the EPA the most corrupt person in Trump's Administration — outside of Trump himself, of course? The reports keep piling up. Now, the EPA has lowered vehicle-emission standards. Great combo: Crooked and wrong.

KENNETH IN THE (212): Meet Frances Tiafoe, one of the hottest guys in tennis!

POZ: The future of PrEP for men under 25:

Alexis is up against a daunting behemoth: the health insurance industry. As PrEP use has swelled in the United States, many insurers have erected new barriers that may impede access to the prevention regimen, which can cost over $1,000 per month. Alexis reports problem after problem satisfying a Blue Cross Blue Shield requirement that he receive PrEP only through a specialty mail-order pharmacy. His attempts to navigate the bureaucratic maze before him have been further complicated by a need to switch doctors after he moved from North Carolina to New York to conduct his coursework at Columbia.

“I’m embarrassed about it because I know how this works,” says Alexis of his difficulty in accessing PrEP, which he had been taking for months before his insurer stopped allowing him to refill his prescription at his local pharmacy.

JOE.MY.GOD.: The first sentence has been handed down as part of Mueller's Russia probe — and the guy only got 30 days in prison. However, that is an indication the guy cooperated after his initial transgression (he lied). 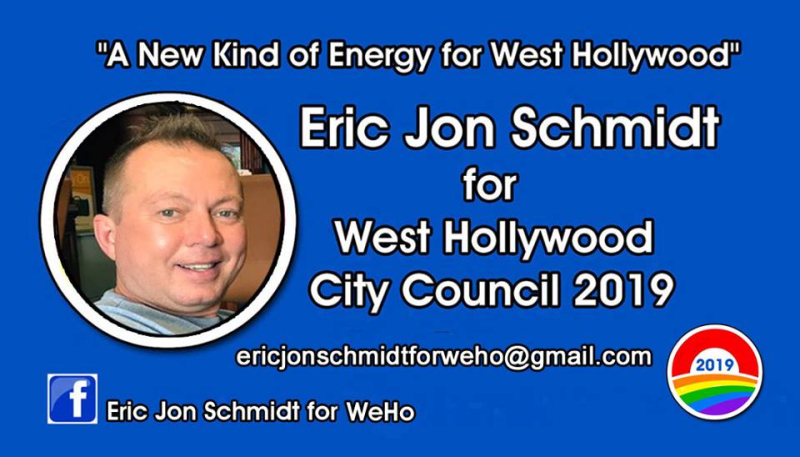 VULTURE: Kacey Musgraves is being aggressively touted as a new LGBTQ icon on the strength of her anthemic “High Horse”:

TOWLEROAD: Eric Jon Schmidt is running for WeHo City Council, which ain't exactly the presidency, and as part of his bid for transparency, he's sharing dozens of naked pictures of himself, including of him engaged in sex acts. His DudesNude profile is a study in TMI. Gee, to me, it just seems like he's a compulsive exhibitionist, no? And his brag that he's never had an STI is a weird thing to bring up.

LGBTQ NATION: Surprise! Perez Hilton is an awful human being and an awful father and an awful gay man. I don't think there is any excuse at all for him saying he doesn't want his son to be gay (because it would be a harder life), a thoroughly antiquated and, yes, homophobic notion. On top of that, he makes the absurd, homophobic claim that letting boys enter dance classes can help them become gay, braying:

Fifty percent or more of little boys who take dance class end up being gay.

Indefensible. And this was not him joking (he asserted as much) or misspeaking (he doubled down on it). I take back every supportive thing I've said about him.

NBC NEWS: In Malaysia, there's a contest being held at a university to convert gay students to heterosexuality. Maybe Perez can send his son there?

INSTAGRAM: Double dose! Gus Kenworthy met Carson Jones, the son of Alabama Sen. Doug Jones, and it appears they hit it off. Cute. I recall being mildly scolded for contributing to Carson's status as a thirst trap, and yet ... he's been posting this lately: